Home A First Day To Remember…

A First Day To Remember…

A sharp breath in snaps the soldier back to life, Her hud staring back at her through the helmet. The NAV screen of her VISR system is still active. Yet empty, for the most part. There was no infrastructure here, no points of interest, no nothing. Only the trees, and her, which she could already see, as she stared at the canopy above with idle terror. She sits up, groaning lightly. Two gloved hands, fingers exposed, are placed on either side of her helmet, as she slowly removed it, and took a deep breath. Her eyes closed, as she lets the wind wash over her, brushing her short hair around, and cooling the fresh bruises and cuts that littered her face. Exhale. Inhale…Exhale… her long, deep breaths are cut off, and her eyes open once more, as she hears a noise to the right of her, a deep, wounded breathing, deep and heavy.

She staggered up to her feet, left arm tucked around her helmet, eyes squinting, as she looked in the direction of a group of shrubbery. “Who’s there?” she called out, still peering in the direction. Then came a roar, no, a battle cry of something, something far from human, and something she knew far too well. Sangheili.

The alien warrior lunged forward from the undergrowth, towards the ODST, Tying to slam its hands into her chest, in an attempt to catch her off-guard, she dives to the left, before hastily shoving her helmet back over her head, and polarises the visor, turning it to a metallic blue colour, obscuring the woman’s face, she pulls out her knife, and stares down the honour-bound sangheili warrior, who, although wounded, scared the woman shitless.

“Come ‘ere, ya big fuck!” She taunted the beast, readying herself in a defensive position, glaring at the monster from behind her helmet, it rushes at her again, the purple blood that courses through its veins stained its otherwise pristine white armour. She jumps to the right again, rolling out of the way, as the warrior darts to face her again, and she takes her rushing him, throwing her knee into its armoured gut. It grunts lightly, and slams its fist into her side, sending her off balance, onto the floor. The zealot falls atop her, pinning her to the floor, screaming in her face, baring its mandibles, as it tries to slam her head into the ground with his massive hands. She moves her head to the side to avoid a strike, and blocks one with her left arm.

The creature’s right slams into the side of her head, disorienting her, it hits her again, stealing the wind from her body as he smacks his fists into her chest. She roared in fury, and in pain, and swung for its jaw, grabbing one of its mandibles, and pulling, thrashing at it, surprising the warrior, giving her an opening, where she drives her knife, into the being’s eye… and it stops putting up a fight… she rolls it off of her, with a great struggle, before staggering to her feet, drawing her pistol, and putting a single bullet through the Alien’s head, before returning it to her hip once again…. “Holy…shit…” she said panting, before heading off into the woods, in search of civilisation, leaving the scene of the brawl behind… 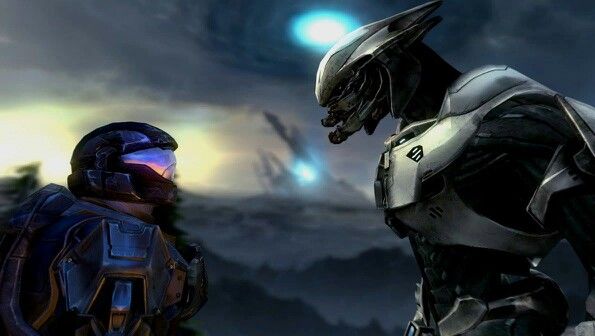