Home A Message From a Tired Warrior

A Message From a Tired Warrior 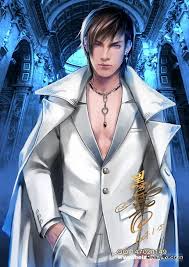 A radio broadcast is sent out from an undisclosed location somewhere on the planet of Hellifyno. There is a bit of static before the voice of Tolerith can be heard speaking in a sad tone “To the citizens of Hellifyno out there who can hear me, I have something to say. I’m sorry, to all of you I have hurt since I’ve been here. I know that many of you wish I would burn in the eternal flames and I don’t blame you. I have been nothing but trouble and for that I apologize especially to the people of Thistlemere,  I was not a good leader and for that i feel sorrow every day. I also apologize for my absence during the battles against the void. After my first attempt to fight the void zombies I had no effect and that shattered my whole world. I felt completely useless. Then I saw what happened to Sig. Oh gods you deserved a much better end my friend. But seeing someone like her end up like that it broke me” he can be heard sobbing a bit between words as he continues “It got to the point where I thought existence itself was futile. Then I heard about how everyone fought on against the void and it brought back hope when I sorely needed it. Since I was unable to provide aide I will do what I can to help now. I know I will probably never be forgiven but I will do my best to show I’m a better man. Hellifyno has changed me greatly over the time I’ve been here. It has become my home. I will not abandon it’s people again. I swear this on my life.”

He blinked as he listened to the radio and chuckled.