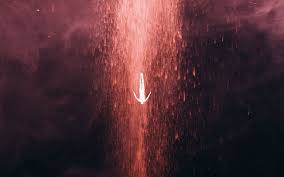 Backstory: [About what’s being addressed overall in this part]

During the early days of the Cadzenziera:Civil War II, there was battle deemed as Battle Of Elira Portalgaze [Portal Forest Access Area].

That Battle was fought when the orbs were discovered, but the life of the Cadzenziera’s Hell Queen.. Skyler J. Yatsuki II wasn’t taken. However her daughter Inn-Law’s Nora Celesttina [Formerly Q’Bruce]

“Mel? Are you..awake at the moment?” Skyler paused with a suprise as Melissa, her spouse laid beside her

“Still Thinking about Nora?” Melissa asked Skyler, getting right to the point

Skyler nods to her spouse “I wish it didn’t have to happen to her, like Stacie’s Mother”

“Ya, Esther and Jack didn’t need to suffer that but..Sara took her own life and had charges against her” Melissa said softly, placing her hand on Skyler’s back and rubbing

“You tried your best Love, now you need to do something if it’s bothering you” Melissa said to Skyler, lovingly

“I need to relive her, get the body as soon as possible” Skyler said to Melissa, marching off to get dressed