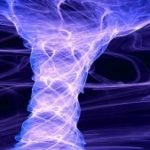 *First day on the Job. To most, might very well be a hassle, the first early-hour wake up calls in a long line of sleepy beginnings, and long work hours with lower-than-wanted pay, and boringly long times to get to and from home. Such was the average Human lifestyle one would think, especially back home on Earth*

*But here, on Hellifyno? Things were very much different than what one considers the norm, at least, in the actions of the inquisitive Solarian. Waking up in the brisk early hours of the morning, Kaler rose out of his bed with a lengthy yawn, having gotten a decent sleep the previous night. Moving through the activities of the morning with a more jovial stride, stretching, cleaning himself up a bit, breakfast – never forgetting that, before swiftly exiting his home to set off for the Port district. What would be a lengthy trip for most, all the way from the Mountain peaks to the Docks, was not much more than an excitable journey for the boy, swiftly taking off into the air and blasting off South-Westwards*

*It was around 7:30 am, the City was for the most part just waking up to the shine of the Sun baring down onto their respective homesteads and what not. Meanwhile however, much activity had been going on besides the Docks, as crates of trading goods and commerce were being off-loaded and loaded onto various trade ships ready to depart off to various locations of Hellifyno, much to Twine’s courtesy Kaler guessed; he didn’t understand the whole “Wars” thing Kida had mentioned, but he guessed this might be a way of fixing past mistakes? Either way, he found it a fun thing to be interested in, as many things were to him*

*The various passers by and clients of the Port-side would look up and give their respective glances and waves to the boy as he gently came to land before one pretty impressive vessel docked at the side, unloading what seemed to be a large collection of Greenery, mainly fruits and vegetables, originating from Sprout, though he didn’t realise that having not been to Sprout just yet. His assignment was a return trip to Sprout it seemed, a quick visit simply to assist in the trade details and forms, and to assist in any heavy-duty work when needed; the workers were well informed of that, as when he came towards the men at the ship, they greeted him happily and asked him a few specifics, mainly ability to carry exactly how much tonnage of weight per arm. It confused Kaler, but he simply shrugged and said; “W-well I um…guess as much as you have? Possibly the ship if we get into rough weather”; which caused them to fall silent for a moment in shock, before leading him into the ship to prepare for the voyage ahead* 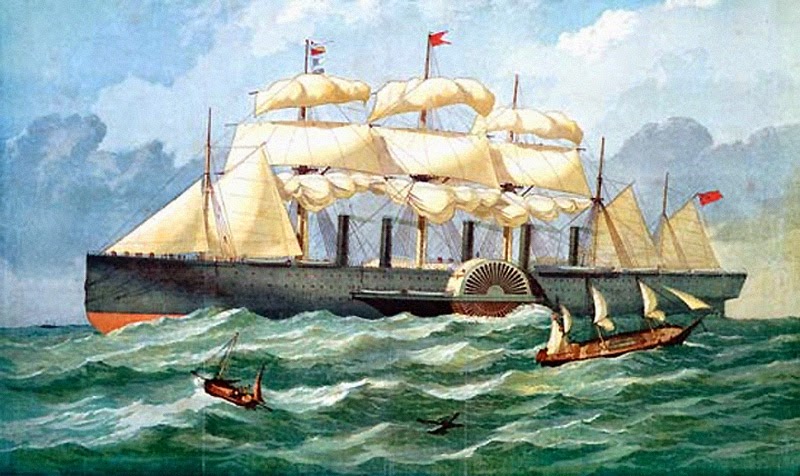 *The ship in question was brimming with extensive drapes of sails, and elaborate lines of Steampunk-esque machinery and pistons, along with the towering peaks of the exhaust vents. Each of the largest sails seemed to carry the acronym “T.T.C”, and to give info to the saying, along the side of the ship read “Twine Trading Co”, in elaborately neat writing, along with a large Celtic Knot to brandish the ship further. Filled to the brim on the lower and upper decks designated for freight, were lines of heavy crates, big and small, each loaded with what seemed to be trading items specifically from Twine, probably materials and medicine; he had heard from some of the mumbles of the Staff, that Sprout is in a dire situation, though he’d discover sometime in the future*

*Needless to say, the following voyage was indeed an enjoyable one for the boy. Starting out with lifting up the tad-rusty anchor from the bay, before the ship set off into the day or two ahead, thanks in part by its speed and special design for such a hasty journey. Over the course of the 2 days, he would help out in various ways here and there. On the first day, he got a short sit-rep of tasks he could perform; once explaining he knew a fair bit of engineering, they tasked him to move around the ship fixing up dents, cracks, damages to hull and machinery alike. The staff were amazed, how simply never ending the boys solutions were; sure occasionally he’d need the ‘ol pointer and such, thanks to his Autism, but he’d find his way around any problem, big or small, and he carried a constant smile from it*

*Within the course of the next 2 days or so, after weaving in and out of the various Archipelago islands between the 3 great continents, the shape of lands beyond begin to come into view. This would be the shorelines off to the South of the Northern Continent, with what seemed to be a specially designed port, fit for vessels such as these ones. Kaler looked out from the stern of the ship, looking towards the port as they drew nearer. He had thought they would’ve seen Sprout by the sea, having not known it was further inland. Nor did he know of the dire situation Sprout found itself in, but he’d figure out soon enough*

*The ship proceeded to dock, as docking doors were opened, and large crates of various medicinal items and various botanical needs, most of which seemed to be, as others described them, magically-infused fertiliser, specially cultivated seeds, and fresh water. Kaler soon stepped, or rather hovered, off of the deck of the Ship, moving down to assist in off loading the more massive crates, flying them over the rest down to where the staff instructed as such. What he found however, confused him: there were massive tunnel-like structures, that seemed to have been dug into the ground, stretching for many miles through the ground from what he could see*

“Uhh…is Sprout underground or something?” *The boy asked to no one in particular, as he and the others loaded supplies onto some transport vehicles, and proceeded down the long, dark tunnels*

“Ah, you’ve never been around here before? Right, Sprout’s in a worrisome state; most of the fields are drying up into dust, fast. Doesn’t help that it’s surrounded by a plague field, which is why we’re going underground to avoid such.” *Commented a staff as they sighed, adjusting crates on the vehicle space as they went on their way*

“Oh, that makes sense…huh? Plague?” *He asked, as they emerged from said tunnel, out into the light of what seemed to be a small hamlet town, filled with dotted Cobblestone huts and homesteads, and a few farmhouses. Along with that, were quite a few fields of lesser plants, that indeed seemed to be shrivelling as if wracked by time like waves against pebbles. “Oh my gosh…w-what happened here…”

“The ‘Great Golden Plague’ ” *Came the answer from what seemed to be a slightly elderly man, voice deep but surprisingly well sounding, despite his appearance. Kaler moved over to him* “We know not where it came from…only that it kills all who touch it…m-mutates them…we were lucky to have allies, who shielded us with a m-magical dome…n-now we look to people like Kida for aid.”

*Kaler could only nod in sorrow for the people* “Gosh…I-I’m so sorry..” *He replied, as the man nodded to the boy, placing a hand against the Solarian’s shoulder* “No need young one…we’ll survive…we escaped the Plague, we can live through this…a-as a family” *The man seemed to smile, as did the rest of the people gathered near him. Kaler nodded, a gentle smile on his lips, resting a hand on the mans shoulder a moment also, before opening one of the crates of the ready-products for them to take now, as the long-term crates stacked up elsewhere. They offered him a quick look around, before the moderate haul back to Twine, having a look at what looked like an old suburbs area, turned farmland in the hopes of gaining enough crops; but he clearly saw the dire state, and felt so bad for these people. Oh how he wished he could help them more than Twine was already. Perhaps when he returned, that’d be a question to ask Kida sometime in the future…*

*With warm regards to the towns folk, and a job completed, the crew + Kaler set off back for Twine, weaving once again around the various Archipelago islands towards the southern island, taking with them not much from Sprout, for they had completed the run earlier in the day. For the most part, the fishermen and sailor staff were all happily going about their jobs with happy attitudes. Though, for Kaler, he seemed to be leaning against the railings port-side of the ship, watching the sun setting over the horizon, in some deep thought or such. The thought? On the past of this planet as a whole he guessed. All too quickly he seemed to be piecing together a very vague idea of what’s happened to Hellifyno, but enough to tell him that the warnings are true; this place isn’t all happy-go-lucky. Each day seemed to show more of such ways; each day he saw more disheartened people, as well as the happiness that does exist. He was far from knowledgeable about this planets history, nor had he met anyone, apart from a few, who openly made him feel like he’d die, or the world was threatened enough. Man, did he hate feeling both so aware that he was autistic, and that he actually had autism; always in the confused side of things he was. How he wondered, what next step he could take? How many people had he met, who’s existence baffled and made the boy nervous, but were so little known to his understanding? Maybe he’d meet them again soon…*

*The evening was cool, a gentle ocean breeze wafting across the open port-side as the sun began to set over the horizon. It was then, the late night Sailors and Fishermen noticed the eye-catching sails, and lighting, of the Cargo vessel entering the area. Quick did they set about with preparations for docking, from clearing space to setting up the delivering equipment, tug boats, all the rest. Within the hour, as the ship was safely moored; along with Kaler’s help in the end; the various staff began to unload and depart off for the night, for another day of hard work awaited them in the morn. Kaler exited near last, after securing the boat to the port, and exchanging goodbyes with the others. Now, left to his own devices, the boy made his way through the skies back towards his home, but not before having talked with the owner of the ship; he’d be sure to let Kida know of how well he performed*

*So ends the hopeful start of a good mainstay way for Kaler to make a living in this bountiful new world. One could only hope, that it’d be worthwhile, and in doing so, perhaps he would gain better understanding of both the world around him, and the island of Twine itself. For now, only time may tell…*