Home A Series of Notices Found in a Genevan Newspaper, Arranged Chronologically

A Series of Notices Found in a Genevan Newspaper, Arranged Chronologically 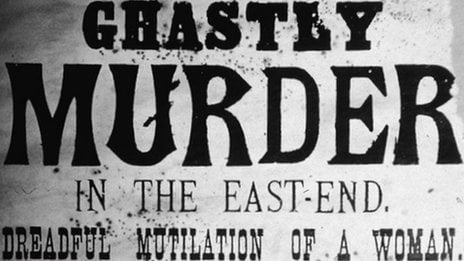 M. Alphonse Frankenstein is pleased to announce the wedding of his son Victor to his ward Elizabeth Lavenza. The ceremony will be private.

It is the solemn duty of our reporters to bring you accurate and relevant information about the world we live in. We do not relish in the gruesome stories that we share, but we bring them as tales to caution you gentle readers against the moral depravity that is pervading our nation.

Imagine, dear readers, the night of a woman’s wedding. Imagine her feelings: frightened at what she knows must come, excited for the new life she is about to start. The night of her wedding is meant to be a beautiful menagerie of a maiden’s diffidence and a wife’s duty, and although it may be many things, it is hard to imagine that a union sanctioned by God could be profanely violated.

Although we could not bear to alarm our readership, it is our duty to the public to warn you that such a thing can and has been horribly perverted.

Last night, the body of Elizabeth Frankenstein was found dead in the Dragon d’Or Inn, by the river Evian. Although the loss of such a young woman, particularly one so societally prominent, is shocking, we regret to inform you of the awful circumstances of her death.

Elizabeth Frankenstein née Lavenza married the young Victor Frankenstein two days ago, on the eve of her death.

On the week leading up to her wedding, we are informed that her fiancé was extremely reluctant to be wed. Far be it from us to make any assumptions about the man’s character, but for a gentleman to be carrying a pistol constantly before his wedding is suspicious, to say the least. The attire of a bridegroom should not contain a firearm or a knife, unless he intends something almost too horrible to report.

Yet we return to the entirely objective part of our story.

The newly wed couple left for their honeymoon on a scenic route through the mountains and along the Evian river, stopping at the Dragon d’Or Inn for the night. There, they were welcomed by the proprietress, a Mme Auclair, who showed them to their room.

Delicate ladies and infirm persons may wish to skip the next section.

At a late hour of the night, Mme Auclair heard a terrified scream from the Frankensteins’ bridal suite. Immediately after this followed the report of a pistol. A woman of some mettle, she brought many at the bar up to examine what had happened immediately, and saw a horrible sight.

Elizabeth Lavenza still wore her wedding dress. It was pure white, and brought out the delicate pinkness in the living woman’s cheeks. Now, however, it brought out all the detail of her elegant neck, displaying in sharp contrast the dark, purple-and-black bruises over her neck. It was not visible at first sight, but the neck itself was not merely colored, but twisted, squeezed into a bubbly hourglass by her murderer.

While the sight of Elizabeth dead on her bridal bed was the most immediately startling sight, the patrons of the Inn found their attention drawn to her fiancé. He had been the one to fire the gun, and immediately announced that his wife had been killed by some great monster that the Inn must help to find.

He was humored for the span of two hours, during which time the gendarmes arrived.

The trial of Victor Frankenstein will take place in a week, and we will dedicate ourselves to bringing you an accurate report of its contents.

Today, the much-awaited trial of Victor Frankenstein took place. Faithful readers will recall the reason for this trial, this being the brutal murder of Elizabeth Frankenstein née Lavenza. As well-respected reporters, our staff were granted the privilege of sitting up front, so as to better observe the facial expressions and minute details of the defendant and the witnesses.

We were struck first of all by the youth of the defendant. Scarcely twenty-three years of age, and although this must have elicited sympathy, we must remind our readers that his murdered bride was in fact two years younger than him.

M. Renard and M. Utterson, the prosecuting and defense attorneys, respectively, delivered their opening addresses. M. Renard, we feel, was the most touching of the two, describing a sentimental portrait of a young woman’s wedding night- a feeling of breathless (note the irony) anticipation, of fear and excitement, and preparation for marital bliss, so that we were all more aware of what exactly Elizabeth Lavenza had lost. Men and women alike wept, and one or two ladies fainted as M. Renard went on to describe the true horrors of her wedding night- attacked and brutalized by the man meant to be her lover and protector. “Imagine, ladies and gentlemen, an hourglass- no, a melted hourglass, a melted purple-and-black hourglass that was once a woman’s neck. Such was the damage done to her.”

Said would-be lover wept also, but received nothing for his efforts but scornful looks.

M. Utterson was considerably more restrained. He listed out a patient and rather boring description of the legal system and of everything required to prove the murderer guilty. In truth, he was not an excellent lawyer, and one or two of us did pity the young man to be so represented. Yet the Frankenstein family is notably one of not meagre wealth, and we cannot blame class struggles, merely the family’s own incompetency in hiring a better lawyer. Or, perhaps, there was nothing to defend, and M. Utterson did the best he could.

A certain Mme. Auclair was the first witness called to the stand, proprietress of the dragon d’or Inn where the murder had taken place. We watched as she described in heartbreaking detail her eager preparations for the couple- for it was an honor to be chosen as the first repose of the newlyweds, and she told a very pretty little tale of how she crept into the garden to collect roses and lilies to hang in garlands over the bed.

Yet ignoring the pathos of her story, we must report what she described. The young couple entered, both appearing frightened, which she had first thought was the diffidence of new lovers, and now suggested may have been apprehension of future events. Perhaps the lady knew what was in store for her, perhaps the murderer had told her what to expect and was nervous himself of carrying it out.

She gave M. Frankenstein a vicious look at this part in her testimony, but he was weeping and would not respond.

After having escorted the couple to their room, Mme Auclair resumed her usual duties of preparing and serving food and drink to the customers of her Inn. About two hours after she had left the newlyweds to presumed nuptial activities, she heard a scream of terror from the room upstairs that she had left them.

Entirely to her credit, Mme Auclair was coolheaded and possessed of the kind of sangfroid that makes her testimony more worthy of report than the many other witnesses called by the prosecution. She immediately procured a muff pistol, and was about to go and deal with whatever threat there was, when the bridegroom himself- who she had assumed was upstairs- burst in from outside, charging up the stairs, and she heard the report of his own pistol before he returned to her in a state of distress.

Mme Auclair was paused in her story, so that she could describe entirely the facial expression of Victor Frankenstein when he begged her for help. “Pleading,” she said. “Like he was hoping I’d believe him.” M. Utterson asked this testimony to be stricken from the record, and, judged more prejudicial, it was. Yet we will report it accurately.

Mme Auclair continued by describing how she ignored all of what M. Frankenstein said, and simply rushed past him to the room, her good sense telling her to fear immediately for the lady who had screamed. There, she and the curious patrons who followed her witnessed a shattered window, and the lady on the bed, neck mutilated and broken.

She then told a most pertinent detail- M. Frankenstein confessed to being the one who had broken the window with the firing of a pistol, and begged that she and the patrons go out to assist him in finding the murderer of poor Elizabeth Lavenza.

This, naturally, caused great excitement. Another murderer at large? The courtroom murmured until Mme Auclair, in a clear voice, gave M. Frankenstein’s description of the murderer- a ‘man eight feet tall, yellow eyes, yellow skin, and the most hideous markings of stitchings and scars over his face’.

It hardly needs explaining that this man somehow failed to be produced by the defendant, or by the many searchers that night.

After Mme Auclair’s testimony, the prosecution called other witnesses, none of whom offered the same emotional and logical power as her clear descriptions. In the interest of not wasting our readers’ time, we will pay specific attention only towards one, a M. Grainger (an Englishman), who was one of the men involved in the hunt for M. Frankenstein’s ‘murderer’. Throughout the hunt, he described, Frankenstein was wild with emotion, his eyes rolling with it. It required only the slightest imagination on the part of the listener to imagine the young man frothing at the mouth like a rabid dog. Perhaps, M. Grainger amended, he was distressed after the death of Elizabeth Lavenza.

Or, perhaps, it was the madness of a lunatic.