Home A Tale of Erme: Mud and mushrooms.

A Tale of Erme: Mud and mushrooms. 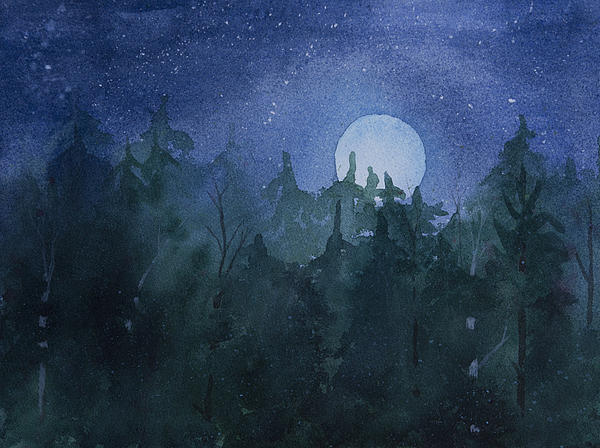 “Oh No!” She whimpers to herself, letting the frantic breaths quake her fragile body, and allowing the rivers of tears to drain from the wells of her eyes, rolling down a faintly dirtied cheek and being left in her wake as she does her best to run, dragging herself with fraught little steps, lead by the uninjured foot, naturally. The other could bare press against the ground without sending a jolt throughout her ankle, and so she must make do with letting mud accrue upon the side of it.

Of course now, she was starting to regret her decision of attempting this whole endeavour barefoot. Yes- it had made her much more quiet on the inside of the lord’s keep. And yes- she hadn’t risked loosing the crude leather contraptions in the heat of the moment, but to be barefoot, with her foot in this condition? She was just asking for some sort of infection to take her at this point. it was madness.

“I’m a thief, a cheat!” Erme sobs to herself, passing the first of the trees, her form being lost from view of the castle as she entered the surrounding wood. She slumps down, letting out a grunt from the back of her throat as she does so, leaning her head back against the coarse bark of a winding, twisting tree.

“No-” Sniffling, she snorts a little, a faint cough bursting from her as she did. “No better than a roach!” Pale and mud-caked hands, she holds out in front of her, laying open the fruit of her plight: Layers and layers of folded steel, melded into the vague shape of a forearm; laced with all sorts of artisanal flare and perfection; trimmed with gold or brass, or some such decorative metal that Erme’d never seen used in such a way before!

Even now, with half of it flickered with little splotches of mud- there seemed not be a single true fault. Not a dent or crack or bend in it’s finery from the trauma of it’s enforced liberation.

“And… for what end?!” she begged herself; a question to which not even she knew the correct answer, the true answer.  “For some metal…”  She continues: “For some metal, I’ll be hung,” The words faded in the cold air around her, the leaves listened and rustled their nothing response.

Her eyes squeezed tighter still, as she goes to stand again; casting her gaze down toward her ankle. A pair of tears drop, the paths they take carving through the thin veil of mud that had built up on her foot, and rolling to the leaf-littered floor below.

She knew she had to keep going, of course. Get back home before the sun’s up… she jut never thought it’d be as hard as this, accepting what she’d done, that is. Before she’d done it, it had played out in her mind, it played out and flowed like a melody: In and out, sweep through the halls, avoid the fools, and take the steely hand. If only it had gone by as quickly as that. If only it had gone by as simply as that.

But it didn’t. Now, she must live with that blunder, and move on.

So that is what she did, quite literally. Beginning the slow and arduous movements of her legs to drag herself from the crime scene, withdrawing the gauntlet to her chest where she cradled it as if it were just a babe. Emotions were stuffed deep back down inside, even if that meant the pain of movement would rise up to like the burning it was.

Each and every other step brought little hisses through bared teeth, and slightly recoiling of the muscles of her young face as the pains spike up through her. It wasn’t long again before she stopped for the second time, hopefully much further from the pilfered keep now. In truth, she knew not how far away she was from it, or home for that matter. For her, it had felt like hours, though the faded voice of reason brought up the idea that the pain made the journey feel a-many hundreds times longer.

Praying that was the case, she leans sideways against the slender trunk of a tree, threatening to tumble down as it bends with her weight, but managing to balance out but a moment later as it settles down. “I’ve defiled my lord… his lord, and the lords yet above them all” She sniffed again. pushing against the tree in a loose attempt to stand. The poor sapling, already buckling under her leant weight, snapped in twain, once again forcing the young lady to meet the mud and leaves with the side of her body, her shoulder taking the force this time.

For a moment, the air is taken from her, and she lets out the most tremendous gasp, letting the low and constant sounds of her agony fill the woods around her. She was almost tempted to give up, there and then. Call out for help and face whatever punishment would await her…

Her steely prize remained safe, tucked beneath her arm as she rolls to sit up, feeling light headed. At least a shred of good had come from this mild tumble. She now had a cane… of sorts. She reaches for the near-meter stretch of sapling that she had severed from it’s body, and used it as a sort of cane. Granted, it wasn’t the best, and it worried her every now and then when her other foot fumbled, and the stick threatened to break. But it seemed to hold as she started to move again.

It certainly sped her up though. Took some of the pressure off of her most pained ankle. Speaking of, she’d have to wash that soon. She planned to do so, when she eventually managed to find the first landmark to lead her home. A stream that fed into the river that ran through the village. It didn’t take her too long to find. and it’s chilled running waters were a beautiful sight for sore eyes- she’d even begun to fear that she’d lost her way in the woods.

The little stream wasn’t anything much. A few inches of somewhat fast flowing water. It lapped over rocks that sometimes jutted back out in turn. Little channels and pathways crisscrossed as it meandered across the dips in the woods, on it’s little journey to become a river.

Personally, Erme had always enjoyed being around little bits of water like this. The streams, ponds, and brooks of the little slice of the world around the village brought her a lot of solace, and this one was especially relieving now as it meant she could try and soothe her wounds in the water, and perhaps wash off some of the mud. It wasn’t something that took her very long in end, especially since she was in a rush. She sunk her feet in and let the water numb them for a moment, and she rubbed them down with her hands (which she also made a note of cleaning), before taking her make-d0 cane and starting to move once again, following all of it’s sharp and bumpy twists and turns, making sure to stay off of the slippery rocks, all the while groaning and moaning and whining beneath her breath, doing the upmost she could to stay quiet. Easier said than done.

She could see the few, distant lights of her home, scattered through the leaves now. Hear the faint creaking and straining of the mill in the river; even the bellowing bark of a hound. Needless to say, it didn’t take her long to reach her house after that, after carefully slinking through the hamlet as to avoid detection by any awake, though why one wouldn’t be asleep at this hour, she doesn’t know…

she makes sure to dump that bloodied and dirtied outfit somewhere out of the way for now, before clambering into bed…