Home All Good Things Must Come To an End

All Good Things Must Come To an End 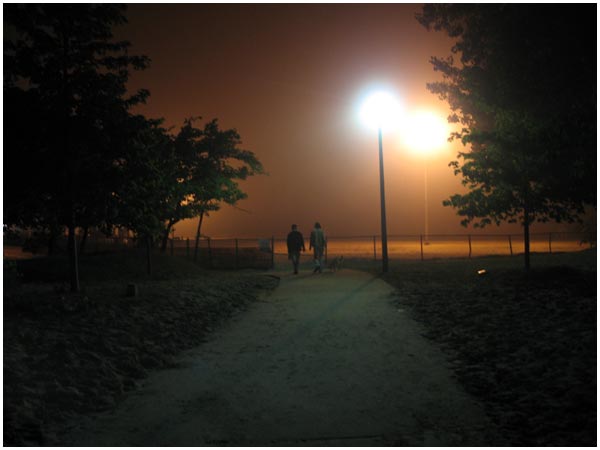 “I don’t wanna turn 13,” Rye admits one day, out of nowhere, to Ben. It’s been weighing on her a lot as of late. Her birthday is soon.

“Huh?” Ben blinks, surprised. “But Rye, I’m 13…” He has an ice cream cone in hand, almost finished. They’re parked at the beach, the sun is dipping under the waves. This is Rye’s favorite spot, perched out on the rocky pier that protects the harbor. They had to sit on the harbor side of things, because the lifeguards yelled at them if they sat where they could be seen and also hardly anyone else came to this little hidden spot. It was the happy place, with the rocks serving a nice back drop to the soft lapping of waves.

“I know, but – You’re different,” Rye says, deflating slightly. “You know how to have fun.” This was true. Ben was the most fun human being out of all of them. Ben made adventures out of everything. Ben had a free museum pass from his dad. Ben wasn’t like all the other kids, because he was just plain special and always was. There was no one else Rye wanted in the world more at her side as her partner in crime than Ben.

“That’s a ways off,” Rye rolls her eyes, but it’s true. Turning 13 was bad enough. 18 sounded worse. Turning 13 meant your childhood was over. It meant Rye had to become a teenager, and then deal with things like high school and boyfriends and growing up. 13 meant having a cell phone like her dad promised, but it also meant having to be more responsible, having better grades, and no more discounts on things. It meant now she REALLY couldn’t get away with asking for little kid toys for Christmas or if she’d been good. Becoming a teenager meant that people would mock her even more for her love of Pokemon. They told her it was a baby’s game when she was 8, for god’s sake.

“Why would it be over?” Ben asks, biting into the cone. There’s a lot of melted ice cream all over his hand, but it didn’t seem to bother him. “I’m 13 and we still have adventures.”

“Dunno,” Rye mumbles. “When we grow up, we can’t do adventures anymore, can we?” She knew in her heart that she would never leave Ben, for they were bound together, but their glorious adventures surely would come to an end. That’s how that saying went, that all good things come to an end.

“Like the infamous driving to the Wisconsin border and back in three periods?” Rye asks, a smile touching her face. It was a notorious legend among their school district. With three forty minute periods and the five minute passing periods, someone had driven to the border of the state and returned before time was up.

“Yeah! We can even get Jelly Belly more often!” Ben laughs. “Oh – I got it! We can go to Door County all by ourselves!” Rye perks up. Door County was this lovely tourist area up in Wisconsin, of a beautiful wilderness and a connection to the lake that pleased Rye all too much. She was simple. She liked the trees, she liked the water, and she liked of course, the carefree sense of staying in what was a paradise only four hours away from home. She fondly remembers when her family and Ben’s had gone up together, and how Ben and Rye got lost on a faded nature path trying to find what may have been a secret hideout and her shins got eaten up by mosquitoes. Hours later Ben had guided them back to civilization, and had enough smarts and change to use a payphone to call his mom. Sure, Rye got chewed out to hell and back for that, but she wouldn’t have minded if they got lost forever in those woods, so far from humans that you couldn’t even hear cars.

“Yes,” Rye says urgently. “We have to go by ourselves!”

“Yeah!” Ben chirps. “And then we can top the record – three different beaches in one day? Let’s try for SIX!” He laughs.

“YEAH!” Rye hops to her feet, balancing naturally on the off angle block of concrete she was sitting on. “And we can stay for BOTH of the double feature at the drive in theater!”

“We could try to catch fish with our hands again! Dad can’t stop me!” Rye laughs.

“We can find all the cool things in the thrift shop!”

“We can adventure on the cliffs at night!”

“We can buy ALL the fudge!”

Rye is grinning ear to ear, and she sits back down lest her excitement blow their cover of their forbidden picnic spot.

“Okay,” Rye hums after a moment of silence. “Maybe our adventures won’t end just yet.”

“We have until 18 before things end!” Ben says with a grin.

“Naturally!” Rye exclaims. Of course, she had been foolish. 13 was far from the end of things. The adventures had not yet even begun. 18 was the new deadline – see the world as they knew it by 18. Get all the Pokemon before 18. Visit Door County and grab a fish right out of the water with her bare hands. Eat fries upon fries upon ketchup upon fries before 18.

Growing up meant getting boring. Growing up meant no more adventures. So, Rye decided, she would not grow up, not yet. There were so many things she and Ben still had to see before they forgot what fun was.