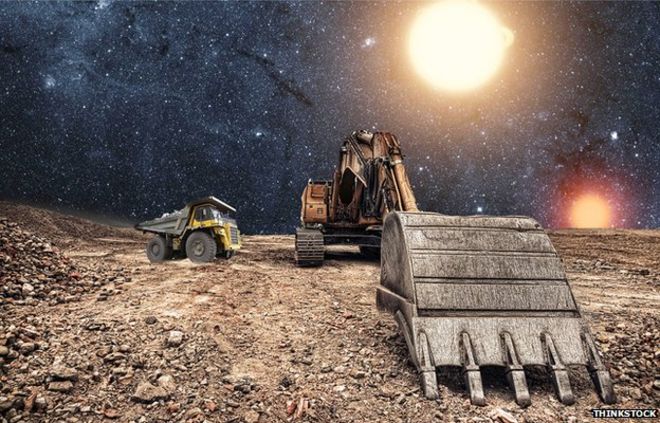 “Planet 6, Moon 1 Titan was already in the process of being established,” Rosha muttered as she ran through a list of grouped robots and androids to send down to Planet 1. Although, the obvious was not taken out of the equation of the closeness to the Hellish Sun. Heat shields, Thermo Radiation shielding, “…Cooling blast shield as well. At least to keep them going to recharge…” Rosha was handed quite the mission. To single handily go in and just… plant a base on some metallic planet that is too damn close to the sun? “…I have a fuckin’ death wish… I fuckin’ know I do,” she grumbled, “Gaisi…!” Shaking her haed, Rosha went about pulling up the data she had gotten from her trip around the planets. She had her com set up in her ear, and she flipped through the data, flinching when a conversation, that sounded a bit harsh, went through her head. “Damn, boys… calm down…” Rosha set up the transporter, and set in the coordinates for Planet I. “..This, is gonna suck,” she said to one of the robots who stood by idly. Rosha had already dressed herself up in gear that could sustain the heat, and she aimed for the belt between night and day there. It would be safe for her to set up the small base, and peg out at least 40 or 50 miles worth of land that was worth mining.

After everything was set, crates in place on her ship, Rosha ordered the androids and robots to form in line and get into the hold. It had been a few weeks since she was able to actually work, aside from fixing her own ship up, and she rather enjoyed it. Tugging on the exo-suit for the heat, she let it hang around her waist, buckled closed. Taking her seat, Rosha set in the coordinates, safe distance, and eased the ship out of the hanger. Leaving Titan, Rosha began to make her way across space, hitting the thruster to speed up their time. Tapping her com, she reported in:

“Space Rat in route to Planet One. See you guys in a while.”

Rosha was sure her trip was going to be rather safe, with no unexpected mishaps. And, as she had assumed, she was careful enough that she made it to where that planet came into view. Setting into the belt of the planet, Rosha guided her ship with perfect ease. A warning came up, about the heat, and the creatures that ran from where she was landing her shuttle. “Time to roll.”

Giving out orders, simple orders, Rosha zipped herself into her suit and pulled the black sleek helmet on. The visor was tinted, and she made sure to add in a second layer of exo-thermal. The robots, not caring of the weight of crates, moved about, going about their duties.

A perimeter was set, about fifty miles, and, should she need to draw it in, she could. The terrain was completely interesting on a completely different note. It was metal, all different kinds. And when she ran her scanner, she found massive ore pockets below. Tapping the side of her helmet, she spoke into the com, “Space Rat landed. Looks good so far. Creatures seem to be cautious as of right now. Crew is going to work, setting up perimeter, and walls will begin. I’ll be back in a while. Space Rat out.”

Rosha spent the next few hours surveying and watching the robots work, and quickly they did. Before she knew it, where it would be around sundown, a rough duplex was erected and thermal walls were set. Planting in and hooking up the prebuilt walls, Rosha set up the secondary door, so that the oxygen she put in the building would remain at normal levels. Slapping together her computer, Rosha punched in her coordinates and set up a programmer list for the androids and bots to follow. Tapping away, she relayed a message to the bots on standby at A.A, ‘Send equipment staging area 4.’

In minutes, outside, a breaking and snapping sound came, and there was the shipment. Drills, huge and massive, crates, a couple four wheelers and an odd looking dump truck. More would come, but she had to establish something. “…Sad part, I ain’t got the faintest about mining. Guess I gotta learn!” Rosha put her helmet on and headed back out, to move the equipment in a line and prepare for drilling. Thankfully, most of it was automated, and she didn’t have to do much. But, they were going to need a crew here to run it.

It took another night for everything to get into motion, and Rosha had yet to sleep. But, it was worth it all for the sake of getting a plot settled. With two people, even if hired, could reside here with the duplex set up, all would be well.

She set in her coordinates to head back to A.A., but, on the way, she would be passing Hellifyno. A quick stop wouldn’t hurt. And then, back to Titan. Good plan. Go Rosha for doing stuff!