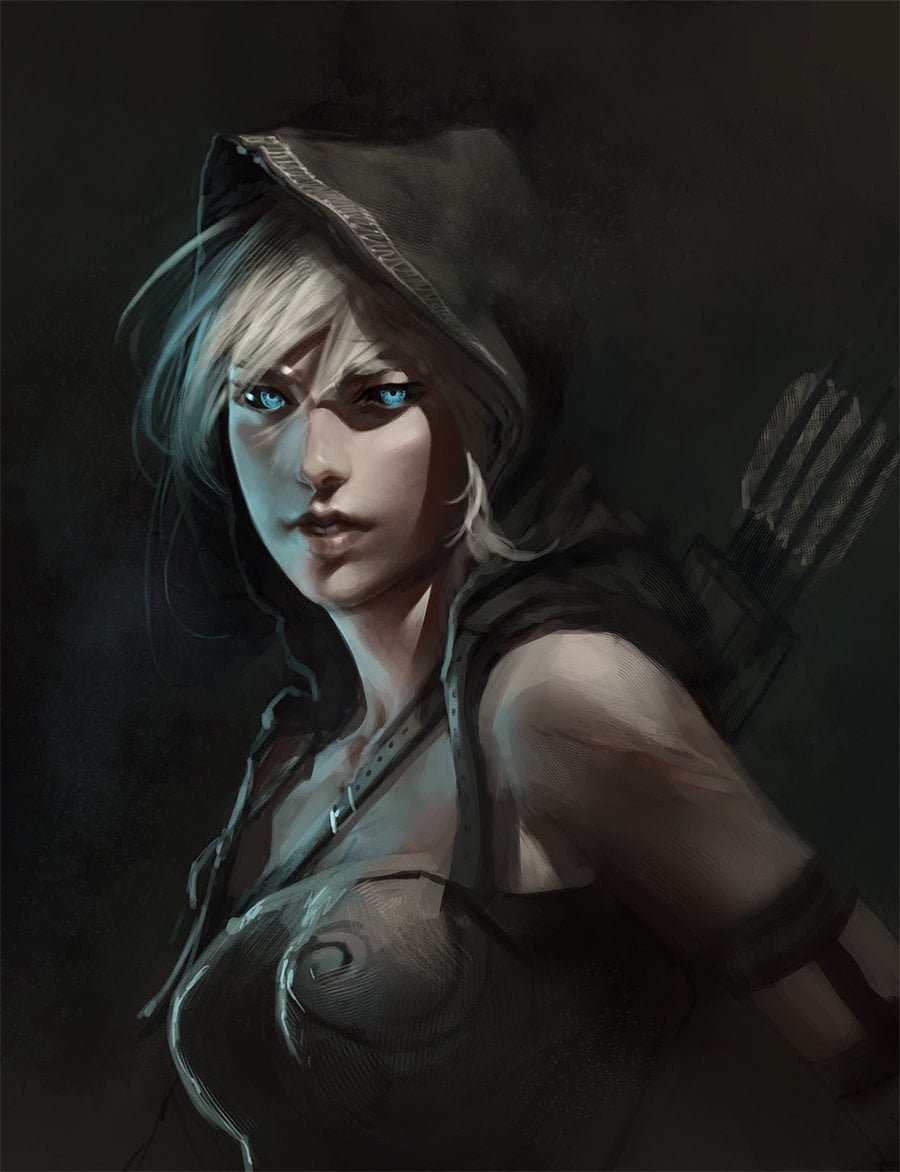 My name is Ashera, I’m what other’s would refer to as a Dark Elf/Black Blood Vampire Sorceress, I’ve been friends of Akira and Yuzu for many years but just recently found them again. Out of all the people in the mansion besides Akira & Yuzu, I’d consider myself a lot like Damien or Raven as some people call him I’m also good friends with Midnight though because of Yuzu a bit out of all the royal family members I probably relate to Shadow or Keiko the most but I’m also good friends with Sai,  however I’m very close to Zephyr as I serve under him the most.

Job within the mansion: I normally gather information for Zephyr as I’m a bartender in a bar in the town nearby I only work at night though and it’s a bar that welcomes all creatures Human’s, Hybrids and well anything and everything are all welcome as long as there’s no fights espeshilly with a human vs hybrid. I almost always have to remind hybrids espeshilly of those rules. Though when I’m not working there the king had made an exception so I’m pretty much the only female allowed within the army other then Keiko who I heard joined right when I did. He let me in after I successfully summoned a dark dragon.

Personality: Calm, Collected, Quite for the most part unless spoken too or if Akira or Yuzu is around as she is very friendly with those two in particular.

Story: Like Akira not to much is really known about her well other then the fact that like Raven she was raped as a child thus she ran away from home and that’s how she met Yuzu as they pretty much left there places the same day and both of them unknown to Yuzu had been experimented on by the same person after Yuzu had passed out the scientist mixed his Black Blood Vampire Blood with her Elfen blood thus creating her Vampiric half but since he was a Black Blood Vampire it made her spells much stronger in the process the secound Raven set fire to the building and broke Yuzu out she had teleported herself outside the building and watched them both escape. It was the next day when she was wondering through the woods when she met Akira they met briefly but didn’t exchange a name so from then on he referred to her as the sorceress that lived in the woods. Yeah that’s right she was the same person to grant him his Vampire/Werewolf form. Why did she do it? Well she didn’t have control of her power’s then nor did she want to watch him die from werewolves. She lived alone in the woods for many years that was until Yuzu spotted her again and recognised her and told her she should come with him. At first she thought it was a joke living with someone she hasn’t seen in years? Then she found out all the details on what happened with Yuzu since then and she knew she had to take him up on it. When Akira recognised her all he could do was stare at her then later he told Zephyr the magic she was capable of Zephyr upon learning about this he almost immediately insisted on Yuzu training her on the arts of magic that normal Black Blood Vampires when Yuzu asked why Zephyr kind of had to tell him about how they share the same Vampire blood as Zephyr could somehow just tell it then told him it probably happened when he was unconscious during the experimentations which Yuzu later found out Zephyr was correct as he asked her about it.

Weapons: Well her main weapon is magic hers is by far the strongest of all in the mansion espeshilly from an attacker standpoint as she’s able to transfer some of her magical powers either temporarily or permanently to other’s shown by the fact she did it to Akira. Who btw asked her to keep him like that. She can also summon powerful creatures which was nearly lost a long time ago even trying to teach Yuzu a simple low level summon one he had nearly failed it, Sai however got summoning magic down rather quickly when she decided to try to teach him it. She also knows healing spells now however and even put a magical barrier around the mansion. Aside from spells another thing she practices a lot which Keiko offered to help her with is Archery it’s one of her favorite hobbies to say the least, Rosa taught her a lot about various healing plants though, Akira taught her some self defense techniques along with offensive things she could do with her unique magic. Like an Elf/Vampire she has better then average hearing, she can move very fast and due to her ability to summon creatures such as dragons she is used to flying.

Since it was Yuzu’s blood that got within her due to the experimentation she like him can control the Ice element and has a Snowflake imprint on her shoulder to prove it.

[[ May make some edits to it in the future but for now this girl is up for rp. ]]