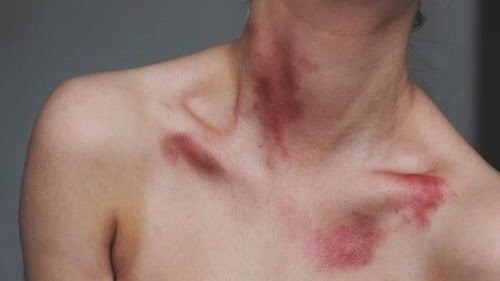 He had never thought he’d find himself in Persistence’s seedier section.

He knew Consequence had a red light district. As a matter of fact, Antinous ran it. But this was something completely different, because he was operating in no government capacity and he wasn’t even looking for money. After learning of Sarnai’s death, after discovering the true horror of what his friends were capable of, and knowing that they did not care for him as he had once done for them–as he still did, even though his morals told him he shouldn’t–he needed something, and he was never going to get it in the inn’s predominantly heterosexual atmosphere.

A rustle of a newspaper and the sound of heavy boots swishing through a puddle told Antinous that some kind of mark was near. Leaning against a building, the pretty Bithynian glanced up shyly underneath his lashes to see a man walking past him, clearly on his way somewhere.

Well, wherever he was going, he would just have to be waylaid. Antinous stepped out from the building, quickly intercepting the man. “Hey!” the young Roman god said, holding out a gold watch chain he’d just nimbly snatched from the man’s pocket. “I think you dropped this.”

It really was an amazing amount of luck that the first man he’d intercepted seemed so taken aback by Antinous’s appearance that the boy knew this was going to be no trouble at all. The man stared down, for Antinous was fairly short, and looked at one of the most beautiful visages he’d ever seen in his life. The youth’s tunic was unclasped on one side, a triangle of pale skin showing, and as the man’s gaze ran over him Antinous willed a pretty blush to pinken in the hollow of his throat and his cheeks. He took a little step back, playing coy.

The man took the gold chain from Antinous gently. His hand was very warm when it brushed and Antinous looked away again. “Thank you…”

“Antinous…why aren’t you wearing any shoes?”

The Roman glanced down at himself and laughed. “Because I wasn’t planning on spending too long on the street, sir…”

“Caslight.” Caslight was very attractive–tall, with the well-muscled arms of a laborer. But he wore the kind of fancier clothing and carried a briefcase–not to mention the gold watch chain Antinous had swiped from him–so perhaps he had changed occupations. Worked his way up in the world. That was good, that he was ambitious. Ambitious men didn’t beat around the bush. “Where were you planning on going, Antinous?”

Antinous smiled, trying to keep the nervousness out of his voice. He had never done this before. He had never tried to solicit anyone so quickly. “I wasn’t sure before,” he said, his voice low and soft. “But now I think I’d like to go wherever you are.”

He could see hesitation on the other man’s face for a brief instance–is this a trap? Is it too good to be true? Why me?–and arrested the hesitation with a gentle brush against Caslight’s arm.

They barely talked. Antinous was gratified that the man seemed to understand exactly what Antinous had meant as he turned from the path and led them to a block of apartments. They headed up a few flights of carpeted stairs–very fancy, Antinous thought, and felt a little guilty about the water and grime his bare feet left on them–and turned into a large apartment.

Caslight wasted no time and immediately Antinous found himself pressed against the wall, his already disheveled tunic pulled down further from his other shoulder. The man’s heartbeat was loud against his chest, and he could hear lusty breaths in his ear as Caslight’s hand roamed down over the expanse of his body. Lips pressed against his neck and Antinous twisted his head away a little.

Caslight didn’t respond with an affirmation, though for the time being the pressure against his neck lifted. Antinous rewarded him by grasping on to him, his leg hooking around the other’s to draw them closer.

“You want it rough, don’t you,” Caslight panted in his ear, “don’t you, Anti, you little whore.”

“Only if you don’t call me that, please,” Antinous huffed, his own skin getting heated now as Caslight moved back from him a little to pull off his own clothes.

Antinous didn’t. Antinous liked it slow, painless, more of an embrace than a rutting–but this wasn’t at all about what Antinous liked.

This was about feeling something.

“Yes, yes.” Antinous pushed at Caslight’s shoulders, drawing him towards the bed. “Yeah. Yes. Destroy me. Just, fucking destroy me. I don’t want to be able to sit down for a month after you’re through with me.”

“Fuck yes,” Caslight panted, his eyes gleaming and his hands tight on the youth’s body, tight enough to leave bruises. Antinous dropped down on the bed and huffed as Caslight shoved him down on his back, wedging a leg between his thighs to shove them apart.

“Make me scream!” Antinous ordered and let his head fall back, slamming against the headrest. It hurt, and he grunted, accepting the pain and letting it pass over him, pushing himself back into the aching and the disrespect and the shame of it all. Caslight hadn’t been listening to his earlier requests, and Antinous felt teeth sinking into his neck and his shoulder, darkening his skin with future bruises.

His eyes focused on the ceiling and he reflected that it had been some time since he’d done this without any form of emotional connection behind it. It was a very strange feeling–he hadn’t done this in a while and so it felt satisfying, fulfilling in spite of the pain. It was a sort of feeling that he had once been used to. It reminded him of life, warm and beating in him like a heartbeat, trying to bring him out of the numbness he had been wrapped in.

Antinous realized he didn’t want it.

He didn’t actively tell the man to stop, and he didn’t bring up the bites or the demeaning words that Caslight had started gasping out. He did his best to react as he knew he usually did, playing a part. He did scream, although he muffled it with his hand like he was ashamed of what was surely an involuntary response, one that had of course had only occurred because of how beautifully rough Caslight was with him. It was going to be over eventually, Antinous thought, and waited until it was, and they were both still. The pain diminished and the bed pitched as Caslight stood up from it.

If the man had noticed Antinous’s dislike, or the way that he’d stopped moving, he didn’t comment on it. He got dressed again quickly, leaving Antinous breathless on the bed. “You know your way home?”

“You’re not staying?” Antinous pushed himself up on one arm.

“Lovely as you are, I have work.” He laughed, eyes running over the Bithynian. “If that was your work, I should pay you extra. You’re not going to be able to do that again for a while.” He leaned over and slapped the outside of Antinous’s thigh.

Antinous shifted a little, winced, and concluded he was right. “I’m always happy to be paid extra,” he said, as if this was something he did every day, like he even knew how much he would ask for himself.

“Real pleasure meeting you, Anti.” His tunic, a few coins tied in its corner like a bag, was tossed at him as Caslight grabbed his scarf and briefcase. “Come on. Head on out.”

The Roman god nodded, finding himself at a loss for words. He wasn’t sure what the implications of what he had done were. It was as if all his actions existed in a vacuum, one personal to him that no one else could look in on. “Okay,” Antinous said, pulling on his tunic and clasping it at one shoulder. “Thanks. You’re good at that.” No, you’re fucking not. That hurt!

“Any time, darling.” Caslight winked at him before ushering him out, closing the door behind them and traipsing quickly down the stairs again, back into the greyness of a once-rainy day.

Antinous watched him leave and slowly followed, his bare feet swishing through puddles. He didn’t have a singular word for the kind of feeling that washed over him. Disappointment was there, because he had been hoping for more of an absolution from this, something to leave his blood pumping and excited. Even with Hadrian he had at least felt exhilaration from the desire and the heat.

There was nothing here. Antinous pressed his lips together into a thin line and walked more purposefully, his eyes set on a destination. The only good thing about the city of oathbreakers was that their inn had free wine.