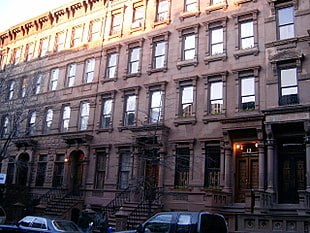 The trick with any business deal was to now show too much enthusiasm. The property that Cielo was interested in had been on the market under a private sale for almost 8 months. The price had been dropped twice but it still wasn’t at a point that she thought she was getting value for money, so imagine the excitement she would feel when she saw that the current owners were sick of waiting and actually putting it out for auction.

Now THIS is where she really could make a killing. Consequence was still in recovery after the Giovanni conflict. City hall was trying to encourage investment in the city and there was a fair amount of local tax incentives for any wishing to start up a business.

Cielo had done her homework, even to the NGO that was encouraging more women in business by offering awards and grants to assist with start- up costs. She was in the prime position to take advantage of all of these.

She had stepped into the realtor as soon as she had seen the bright red “auction” print across the face of the advertisement for the four storey town house, currently situated to hold four separate businesses and the ground floor was indeed taken up with the premises of a local family run law firm- She had already investigated and learned that it was more conveyancing and divorce law than anything as exciting as criminal law. This would work well for her ideas for the place. The other three storeys were empty. Looking at the history of the building, it had been thriving before the war. Now- the owners just wanted out and so…

Cielo had made vague inquiries as though she knew nothing about it. How long it was on the market, was it in receipt of any business permits? Were there any serious issues with building codes? Neighbours? Trying to strike that balance between marked enthusiasm and vague interest. It was the first time she had made inquiries and so her face wasn’t known to the realtor. Any interest?

“Oh yes- many inquiries” he replied with a lie and the type of obsequious ingratiation that was common in that industry- unless of course, one was renting and then they could be bastards!

She knew this to be a lie of course. So much interest it was still on the market 8 months later and was now going to auction. A smile and a nod, and she registered her name with the man for the auction. Cool and calm was how she played it, but behind that mask, she was almost screaming with excitement. It was a buyer’s market. Another invasion had come on the heels of the last and so, only a crazy person would be sinking money into a city that was occupied.

She had picked up the relevant advertising material and was waiting outside the town house, two days before the auction for the open. It would be her opportunity to investigate the building that she thought would have heaps of potential. Cielo appeared very, very different than how people would generally see her.

Dressed in a charcoal pinstripe two piece that was recognizable to any who were devotees of a certain designer, fitted jacket highlighting a slender profile, pencil skirt and long legs underlined with patent black, cutaway Louboutin classics, one would never guess her profession. Hair was drawn into a French pleat, she wore designer frames perched upon the end of her nose and clutched an expensive looking brief that held nothing but the material on the property.

To all intents and purposes, she looked like a finder from one of the more flashier law firms from uptown. She wasn’t the only one and was mildly annoyed at the throng of other interested parties. The usual. The gruff exterior of builder/developers, still in the orange flouro of their trade and dirt under their fingernails.  Hopeful couples with dreams of renovating into their perfect family home, another clone that presented much the same way as Cielo. That would be the biggest competition. Those law firms in the CBD were taking advantage of the crashing economy and seemed to be the only concerns with enough liquid to buy great swathes of the region.

Damn- she was hoping this would be simple- but deals like this were rarely simple.

The realtor pattered up the steps with a jangle of keys and the kind of waffle that many of those waiting to look inside would have heard before. He was ignored for the most part and the only detail that Cielo noted was that they had half an hour only.

The crowd surged inside and it was clear the ground floor was still in use. Clean. Businesslike, recently renovated with modern downlighting and the obligatory plants for hire scattered in pots about the atrium. As the others filtered through it, Cielo moved past them to the stairs and disappeared up them, making a mental note of any discrepancies as she did.

Squeaking boards. Patches of repair in the ceiling. Leaks could prove to be expensive. The realtor was right about the three upper floors. The many rooms were empty, devoid even of floor coverings as her heels echoed upon bare floor boards. It was clear they had been used as offices in the past but now were merely empty shells with heaps of potential and her imagination was already creating an overlay of images at how it could be. This was exciting, and she allowed herself a smile.

Rising higher through the building, she also imagined how this had looked in its heyday, especially with the yet to be renovated top floor that was separated into many small, cosy rooms that, for purpose, would have been designed as servants quarters. Up here, it smelled of mildew and damp and there were corners of decaying rancor in the ceiling.

So- a new roof. That would be costly, and as she could hear the pressure upon the lower risers as others were moving up the stairs to do their own investigations, she turned to the narrow, darkened staircase that would lead to the roof.

Her footsteps were noisy as she moved quickly, eager to avoid the others. The door opened and flooded the storey with light momentarily and suddenly she was on top of the world, looking down upon the whole of the Western District. In the distance, the club, the strip, the railway bridge whose arches were used by the the down at heel as shelter.

Cielo turned and looked northerly to the twinkling spires of the CBD where money and its accumulation was the new religion. Beyond that, the fancy homes of the rich elite and past even that, the grey edifice rising above Consequence against which the whole city was nestled. The old Fortress. This building had neighbors, similar in style and material to this one. The local brownstone.

Cielo was born and raised in this town and loved it fiercely. She could never imagine living or working anywhere else and despite many opportunities to leave it, especially in times of want and war, she had stubbornly remained. Now she wanted to be a part of making it into something beautiful again and she was determined to do just that.

A flat tarred roof, well- this would be the cause of the rot. It looked like the last work was done more than 40 years before. This could impact on the price, bring it down further. However, could also cause major problems if the timbers were already affected. Still, it was a risk she was willing to take.

Upon this flattened space, someone had built a large greenhouse of cast iron and glass several decades before that certainly seemed to have been active at some point, but was locked up, evident as she tried the door.

A flattened hand against her brow as she peered through glass that was misty and green with algae and dirt. She could see nothing but shadows. Still- again- potential!

She could hear the disgusted exclamations of some princess trophy wife through the open door to the roof. No doubt she had just discovered the rot and mold. Cielo would take her leave and quickly pattered down the stairs, forcing a builder who was about to do the same as she and investigate just how much it was going to cost to replace the roof, to step aside grumbling as those pointed heels appeared in his view above him.

She didn’t need to investigate the ground floor. It was occupied with tenants and would bring in an income and she intended to make no changes in this regard. A brief discussion with the realtor regarding time of auction, a firm handshake and she was out the door trying to prevent a broad and delighted smile from spreading across a visage that she was determined would look grimly professional.

It wasn’t until she had click- clacked her way up the street and turned the corner that she allowed herself one brief moment of gleefulness. A bright smile, a little dance of excitement, a whoop of glittering triumphant discomposure as she was finally able to release the elated passion that she had for this building and for her idea.

A cigarette was lit between fingers that were more than a little tremulous and she leaned against the wall at the end of the row, given over to advertisements for local businesses, drops her head back to rest that updo against it and blows a plume of smoke from between starkly painted lips. Thankful and relieved, her mind flashed with images of potential. The roof! Oh God- what she had in mind for the roof! A place to gather, a terrace bar.

All in the future of course but damn, a lick of paint and a freshen up for the first and second storeys and they could be set to work straight away, bringing in regular income for the business while the top floor and roof were being worked upon. Good, it was coming into the warm season and it would be the best time to do it, when the weather was clement. She would need to meet the tenants, sign new contracts and- a smile at this- register a business name for taxation purposes.

Cielo would be going legit. perhaps even become a major player in the Western scene and this was the most exciting prospect of all.