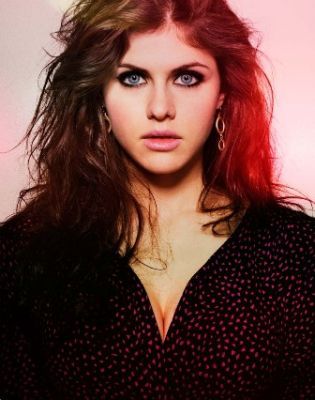 Grace laid on the examination table passed out for a while now. Her body was just cover with a white sheet and nothing more as her clothes were somewhere but not on her. a few moments past and Grace’s eyes start to move behind her eyelids as they showed signs of awakening. another moment would past as she finally opened her eyes to bright light, she wiggled her toes and finger as they had become awake and she just wanted to make sure that she had all of her body parts. {damn we should have known, ever since that crazy doctor was asking too many questions at once about who controls what or whatever.} her conscious said as she was still there and Grace, for the time being, she was happy that her conscious was here with her. She slid the sheet of slowly just in case there was a guard or something and then she slowly rose. Seeing that nobody was there she slowly and quietly got of the table and began to looking around for clothes. All she could find was a patient’s clothing in which she would look like an escaped patient, so she decided to go beyond and look for something that would disguise her. She looked around a little bit longer to find nothing {I guess were are going to go nude until we find somebody and take their clothes. I know that we have had our ups and downs but please just let me be the main for once.} her conscious said as she was trying to help grace or rather herself. Grace simply shook her head “no…. I can do this, just tell me where to go and I will go.” She said {fine…. have it your way… hopefully you remember the training that we spent learning. I mean it…. you know what I’m just going to stop talking.} “I think that would be a great ideal….. but while we are trying to escape I need a name to call you, we can’t both go by grace. It doesn’t mean that we are different people because we still share the same body but mental I need to know that their is a separate between us.” {well then you could call me….. Ravenna.} the newly known gray said. “Well, then Ravenna… I guess we are in this together. One body….. two different minds.” Just then a doctor comes in and his eye widens at the site of the patient being up and at the patient body. {seduce him and then kick his ass.} Ravenna said and grace nodded “shhh…” she put her hands to her lips. “Let’s keep this a secret….. if you don’t tell. Ha. Well, maybe you might get something that you just have been waiting for.” She said as she points to his bulge making him look down before he could even look up grace ran him and kick the doctor into the wall. The doctor got up slowly but grace pinned him against the way with her foot on his neck. “Sorry but I’m going to need your clothes.” She said and then she took her other foot and kicked her upward backflipping, and landing the flip away from the now knocked out doctor. {now that how you make an escape.} Ravenna said as grace put on the doctor’s clothes. She then took his card and open the locked door walking out into a dimly lighted hall. “Man I really wish you would just stay still for one moment.” A voice said from behind her “it doesn’t matter because we aren’t done with you yet and we’ll what you did to that doctor in there just proves there something more to you.” The voice came again and when grace turned around she could see doctor Farnsworth smiling at her. {hmm grace…. I don’t think you can take her. She seems like she has something up her sleeve.} “no…. she will just keep hunting us if I don’t end this now.” She said as she walked forward and got into a skilled pose looking at the doctor who got into her own very skilled with a smirk. “I guess people are right. Sometimes you have to fight for what you won’t.” Farnsworth said as she Ran forward and did a series of kick. Grace was able to doge ever one but one. Grace stumble back but quickly regained her composure. Grace then throw a skilled punch and a least three kick which didn’t make because the doctor was able to catch the punch and slam grace into the wall. {grace let me out…. I can defeat this bitch but you have to trust me.} “no I have this.” She said as she gets up but was only throw into the wall again. “Do you really have this?” The doctor asked as she looked at the grace with a serious face now “I mean I’m kicking your ass right now and you haven’t even shown me your moves.” She said as she kicks grace in the boob and then she land a punch into graces jaw which caused grace fall against the wall again but this time graces world was black again. “Hmmm guess you didn’t have the skill. I mean you have some skill hit nothing compared to mine.” The doctor said as she snapped and instantly two guard were at her side. “I want you to take grace and put here in the testing lab….. I think it’s time to begin the test.” Doctor Farnsworth said as she smiled. The guards nodded and then they pick up grace and carried her of the to the testing room.