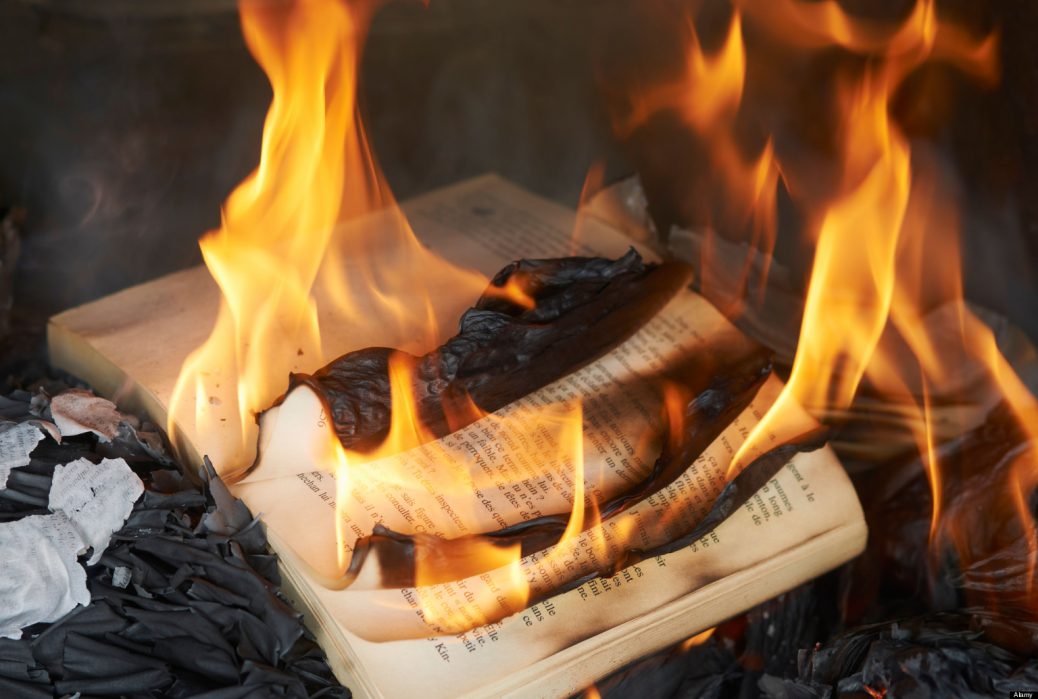 Hamlet glanced up from the glow of the fire, raising an eyebrow.

Horatio shook his head a little. “You cannot burn what displeases you.”

“On the contrary.” Another leaf of paper went up in a flurry of sparks and Horatio sighed.

Crouched on the floor of their small room, Hamlet was lit up with an orange glow from the fire. It sent dappled light out over his pale face and black shirt as he pulled the grate aside and carefully fed another sheet of notes into the flames.

“Will you not have need of those?” Horatio asked, crouching down to the same level as Hamlet and regarding the young man with concern. At least Hamlet was out of bed again. The prince had been insensible for days. He reached out for one of the sheets of paper.

Hamlet yanked it away from him swiftly and fed it into the fire again. “Hardly likely. I despise the histories. There’s no art in these dogged old matters Livy tells, of these dead kings.”

The room smelled like burnt paper and ink. Horatio felt that the scent was nearly overpowering. He wondered that Hamlet didn’t smell it and wasn’t compelled to leave off burning his notes. His eyes were stinging from the smoke that came out when Hamlet left the grate open and he rubbed at them. He was sure they were already red. “My lord…”

Hamlet looked up at him, eyes red with tears himself. “Yes?”

“You can keep your notes, even if you’ll not be attending classes further,” Horatio said gently.

“Didst thou not peruse this letter fully? I left it open.” Hamlet picked up another sheet of paper and jammed it into the flames, then let the grate swing closed with a bang. He rubbed at his eyes with the back of his hand. “I am withdrawing to go back to Denmark. There’s nothing else to be done here.”

“You could return, my lord. After the funeral, and with your uncle’s good will.”

Hamlet looked out the window. Without the cast of the fire on his face, he seemed pale as death. “No,” he said slowly, as if telling some prophecy that only he was privy to. “No, Horatio. That’s not in store for me.”

Horatio had it half in mind to ask how he knew that, but as a dark shadow passed over Hamlet’s face, he turned back to gather his own notes and left the prince there in silence.

The fireplace in the inn sent out another burst of flame as a flapping book, like some desperate bird, went flying into it and Hamlet let out an unearthly shriek.

He’d received strange looks earlier that day when he’d walked out of a Barnes and Noble with four or so copies of his play. But strange looks were all he’d received, and after he realized that his apartment didn’t have a true fireplace and the oven was too slow, Hamlet had quickly found his way to the inn and thanked God that it was empty.

He didn’t think he wanted anyone to hear the screams.

As the book burned, it felt like it was trying to drag him into the fireplace with it. His veins seemed to glow black with ink as the words tried to crawl back into them, as every nature of his being tried to cling to that creature that he once was. His blood boiled, in a way that it hadn’t since his death by poison. The book was poisoning him.

It was not a cleansing fire, or a purifying one. He had prayed for one, prayed that he could see Polonius’s death burned off of his soul, that Ophelia’s suicide could vanish in smoke, and the madness and insanity that plagued him reduced to ashes. Instead they crowded him, shades of the past using his blood as a home while their story burned. Like smoke, they got into his lungs to choke him with his own words and his own speeches. To be, or not to be…what a piece of work is a man…would that this too, too solid flesh would melt…

“God,” Hamlet breathed. “God, this is pitiful…” He closed his eyes. King Hamlet, Claudius, Dream. Ophelia, Matt. He couldn’t untie the characters from his mind. “I want my father…”

He could do nothing more than lie there and watch as the book smoldered down and the last futile hope he had of escaping his past sputtered and died.