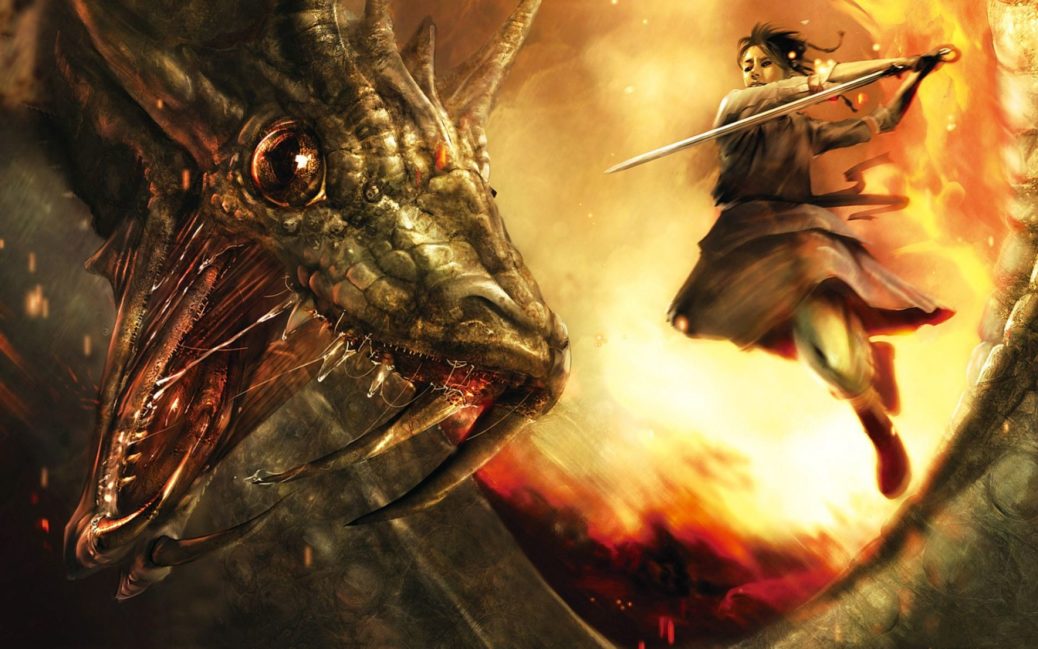 “Just another day in the life of Hellifyno.” The Scion stated to herself as she looked up to see the field of Anti-Magic radiate from the cloud of madness and mutation, destroying the green gold plague like a wildfire. This victory though was pyrrhic in nature, as the anti-magic nuclear fallout coated Anthem’s beloved home in a supernatural dampener. Traces of the anti-magic caught on the wind and reduced every magical outlet on the planet by half, including even islands that were suspended by magic only half-heartedly remained flying in the sky.

Of course this new universal affliction reflected on her somewhat more intensely then the others. Not just because of her abilities or because the origin of the Scion, but rather because her close connection to the planet of Hellifyno. As a result, the Kishimoto Elementist had lost her ability to manipulate the elements of Air and Water; leaving her unable to fly or heal on top of only being able to bend Fire and Earth at a reduced capacity.

Fortunately this didn’t dishearten the Scion of Hellifyno, as Anthem still had hope for the future. This wasn’t the first situation to befall the planet, and each time the people of Hellifyno persevered through it; this time would be no different. Even underpowered and slightly sick because the planet was, Anthem still moved from city to city to help with public efforts to help her fellow townsmen. She stopped crime, helped construction efforts, and thanks to Kishimoto Incorporated, the Scion was actually able to provide food, water, build and have shelters built for the victims of the Golden Plague.

Then the unexplainable happened, as it usually did on her home, as a benevolent being (was it some kind of magical unborn fetus) appeared within the Hellifynian sky and cleared away the residual Anti-Magic. In that moment of clarity, the few seconds where the web of magic had straightened itself out after the radiation cleared, but before anything else had time to affect it; the Scion could see the world in her mind’s eye.

And what looked back at her literally scared her to her very core, an unblinking yellow and black eye of the immortal dragon of chaos. That’s all it took for the dragon to make a connection, to draw the teenager to him mentally for a long overdue talk.

“We meet again, Scion.” The creature took the appearance of the silhouette of a giant shadow dragon, hovering well overhead. Anthem took her own spiritual form, which was just herself lit up brightly like the Beacon of Hope that she pushed herself to be; though it was less of a blinding light as she accepted a bit of darkness recently.

“How long as it been since the last time we met? You mortals and your flesh bodies, every time we met you’ve changed your form. “He stated almost as if he was insulting her. “Tell me Zen, how long do you think you can stop the flood of Chaos? We have done this dance for hundreds of your mortal hosts’ lifetimes’, and I am willing to do this for a thousand more if that’s what it takes. You can’t stop chaos no matter how hard you try, just slow it down.”

“Listen here you dark little cloudy worm!” Anthem responded, recognizing the creature as the one that had been haunting her dreams; the herald of Nevaeh Caos. “I don’t care how long it takes, or how many times I gotta do it. It is my solemn duty to stand against you time and time again to defend my planet from your chaotic city, from your evil reach. The first Scion you dealt with those many years ago already saw your intentions, to instill discord and confrontation into my townspeople until they have destroyed themselves. From there my world will be easy pickens for whatever you want at that point, conquest, admiration, or maybe you just thrive off of the pain of others. No matter what, I will stand against you, every time, and every step of the way; until the end of all my lifetimes. “

The creatures tone took one of amusement, even though Anthem couldn’t see him she knew he was smiling. “Wow, this incarnation of yours is definitely a mouthy one. Well while you were busy dealing with your own very special brand of madness, I have settled myself on your plane of existence and I’m ready to fully open my gates to allow the chaos to spill forth onto your beloved planet.” He admitted in a challenging tone. “Climb the ten thousands steps to Nevaeh Caos and I will give you one chance to face me in combat. If you defeat me, I will turn around and take my city from your world. But if I win, the doors will open and you will see Chaos like never before…”

The young Scion, full of gusto and pride, heard the challenge issued and couldn’t refuse. “Very well you oversized sky rat.” Anthem started, spitting fire and venom back at the immortal creature. “I accept your challenge. But it won’t be on your grounds in front of your city, this is my planet my rules. We’ll fight at the top of Avatar Mountain in a fortnight, but I’ll make sure to make and transcend those ten thousand steps.” She responded her tone full of hubris; assured in her ability and unbelieving that she could lose.

“Very well Scion. We will fight once again.” And with that, Anthem was pushed out of the mindscape back to the physical world.  With newfound determination, she closed her hand into a fist; feeling her power and strength running through her body. Those crimson orbs looked up into the sky, towards the direction of those rolling hills on the eastern continent; the dark part of her just a little excited to have an opponent in which she could strut her stuff and go all out.

Now Anthem Kishimoto, Avatar of Zen and Scion of Hellifyno had two weeks to train for her battle against the immortal dragon with the fate of her planet on the line; it was almost another day in the life.