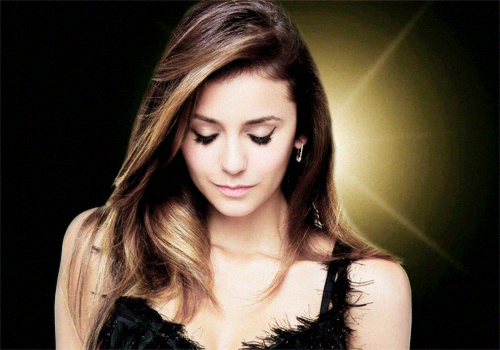 History: “Sometimes, we fall from grace…”

Approximately four years ago, a star fell from the sky.

The night had been beautiful under a new moon with not a cloud in sight. The aurora borealis was unusually noticeable in the Sahara Desert, and Vladimir Dracul was on one of his leisure trips. As a member of the Higher Council, it wasn’t a privilege he often had. And it was about to get exciting.

No one had any warning of the shooting stars that suddenly filled the sky. They were so bright, that the ground below was bathed in an eerie blue, silver, and grey light. It lasted for an hour before the grand final appeared – a “star” plunging straight towards the earth. It was surrounded by golden and white, but instead of crashing into the sands, it started slowing, until it came to rest gently in the desert sands.

Not far from where it landed, Vladimir stood in wonder, before rushing forward to see what it was – after all, what sane person would pass up an opportunity like this? Being as he was no stranger to supernatural phenomena (need it be mentioned again that he is a member of the Higher Council?), he was not entirely shocked to see a naked young girl before him.

As the radiance from her fall faded away, he could make out a pattern of stars on her abdomen. She was muttering words in a language he didn’t understand, words that made him immediately feel unworthy of hearing, but he reached down to touch her.

The touch had been placed so he could connect to her mind, but instead she connected with his, and drew all from it all the information she would need to know of the world.

Personal History: “When you know nothing of your past, it’s like you’re given a clean slate… Still, you keep the feeling that you’re missing something important.”

Camille remembers nothing before the night that Vladimir found her. Not her name, not her age, not even what she is. She knows everything about the world – or at least everything that Vladimir knew – but nothing of herself, and that is about as frustrating as it gets.

When Vladimir offered to bring her into his family, she was still about the size of a small child. Dazed and confused, she really had no choice but to accept. Her initial welcome to the family, however, was anything but peaceful. For, without either noticing, her body had adopted an appearance similar to his (where as before for she’d been “white light”, she was now “dark”). This caused immense scandal in the honorable Dracul family and a strain between Vladimir and his wife, Sasha.

It would be two years before anyone believed that her “father” had indeed just found her, despite both of their accounts, and was not a child born of infidelity. Her accelerated aging was quite uncanny, even for the Dracul family. It left them wondering if she might have an early death. But it would not be so.

Her body stopped aging when it reached the physical age of someone between eighteen and twenty. At that point, Vladimir decided it was safe to introduce Camille to the rest of the world. It quickly became apparent that Camille’s resemblance to Vladimir went beyond skin deep. Because of her amiable appearance, people were drawn to her, not realizing she was every bit Vladimir’s daughter. She had his knack for politics and intrigue, and was quick to use whatever advantage she could to rise among the social elite.

At this point and time, she caught the attention of the rest of the members of the Higher Council and with Vladimir’s blessing, Camille became their personal spy – amongst other things.

In the last couple of months, much to Camille’s chagrin, the Council recruited Avalynn Everal as their personal assassin. The two have since taken up a bit of a rivalry because of their differing methods to handling the Council’s orders.