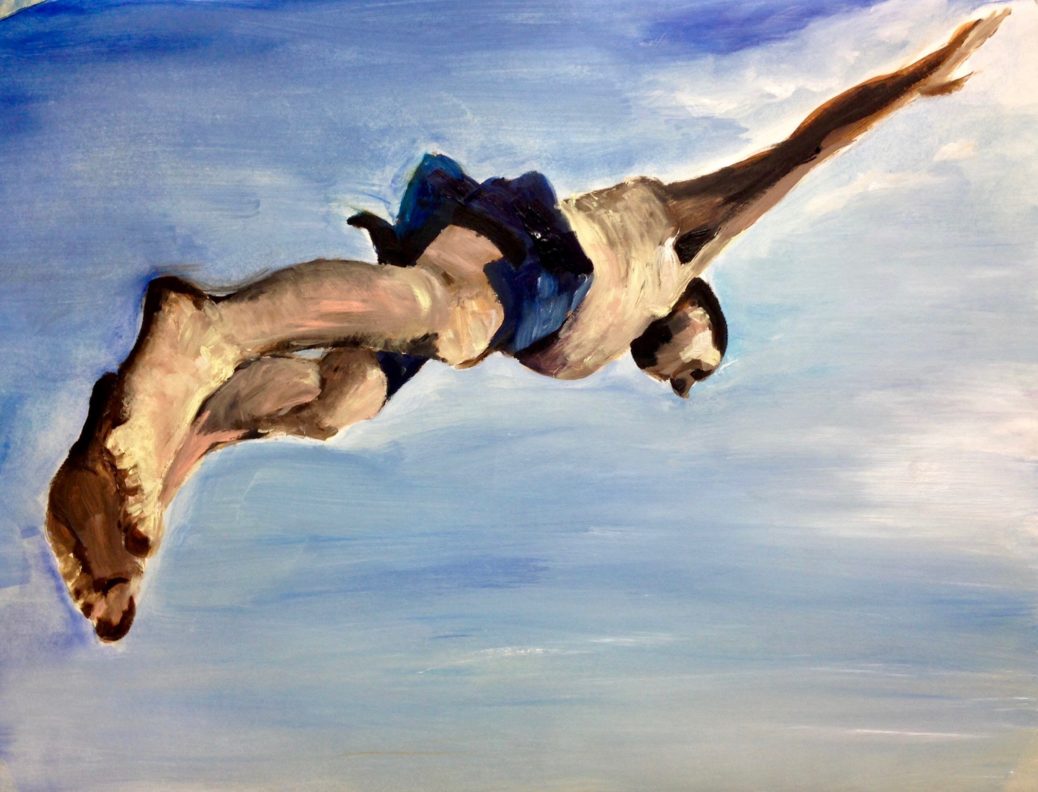 Charlie was a hard working man. Every day he came home from his work at the steel factory, only to place his bags by the door and fall in the chair, to draw calligraphic masterpieces. Table was filled with works, most likely never to be seen, for you see. Charlie was also a very shy man. A shy man who knew not how to stand for himself. Being a yes man, however earned him a stable position in the job. But there was no growth any more. Not enough to start the family, but enough to feed his passion and hobby.

Pictures of women, he saw on the streets, pictures of machines and spells he had noticed in the streets of Consequence. Added with a detail of inner imagination. Composition was almost flawless. Tonight as well, he had pressed his quill against the paper. Lines and curves, were making a figure of a face. Smiling just for Charlie. Soft momentum for eyelashes, and a slightly spilled tint for lips. A woman of dreams. Someone he would marry. If he could. Having few hours given to his next masterpiece, the man decided that it was a fine time to go out and smoke.

The street was filthy, filled with trash bags. The smog of the dense city was slightly nauseating, But nothing that a smoker could or should complain about. Fumes passed trough his teeth, passing his poor, rough patches, he insisted to be a beard. Glancing up the his brown eyes noticed the moon smiling back at him. He still could hear September by Earth, Wind and Fire.

Soon enough the greedy flame had touched the cigarette bud, and it was time to throw the death stick away. With a lazy flick of his fingers, the item landed between the trash bags. Humming the sweet melody to himself, in anticipation to begin the work again, Charlie walked up the stairs, only to stop at the end, noticing that his door was open. Did he leave them this way? He usually locked them. Maybe the routine was getting to him. It was sheer luck, that he forgot to do so when he was out smoking.

With Eurythmics welcoming the man to his flat, Charlie closed the door, and turned, only to see a dark cat sitting on his work table. Shit. His forgetfulness had led a stray cat in his house. Which was strange. He didn’t have many things that could invite a cat. The brown eyes met the green stare. For a moment they had a stand off, then with clear fear in on his face, Charlie saw that the dark paw was nearing the ink container, which was open. Positioned so, that a tipping it would destroy all his work so far.

“Don’t you dare!” The man spoke with a slightly shake in his voice. And then, like a bad omen, The Rolling Stones spoke what cat had to say. And with a gentle motion, just like that, the grand eyelashes, the luscious lips. The soft frame of the fresh face. It all was covered in darkness.

This will not stand. This was death for the cat! Charlie rushed, making coat hanger fall, and winter shoes wham against the walls. For you see. Charlie also was a clumsy man. Falling on all four, he allowed the cat to jump on his back, only to land on his shelve, where mementos of his low, but still meaningful achievements of the man were placed. “No! Please! I beg you!” CRASH! One by one porcelain mugs with “employee of the month” Written on them fell tumbling down and shattering. But that was not enough.

Charlie knew, that this cat was pure evil, and lunged to catch it, only to tip over his shoe lace, and faceplant into the shelve, making it fall right on top of him. All the family pictures were torn. Letters, documents. All of that now had fallen into the ink. The cat used the moment to land into the curtains, scratching them, and making a celebratory confetti of it all!

Crawling out from the bottom of the shelve, Charlie now was like an angered bull on testosterone and a cup of coffee. He charged at the cat, and in a motion of epic proportions, the two crashed trough the window behind the straps, that once were the curtains. “I believe I can fly.” The wind and the shards of glass mixed with the blood of Charlie flew in the filthy street.

Well… Charlie was also a man, who unlike the cat, did not know how to land on his four. The dark feline walked away without looking back. Barely knowing what was done. “I believe I can soar.”