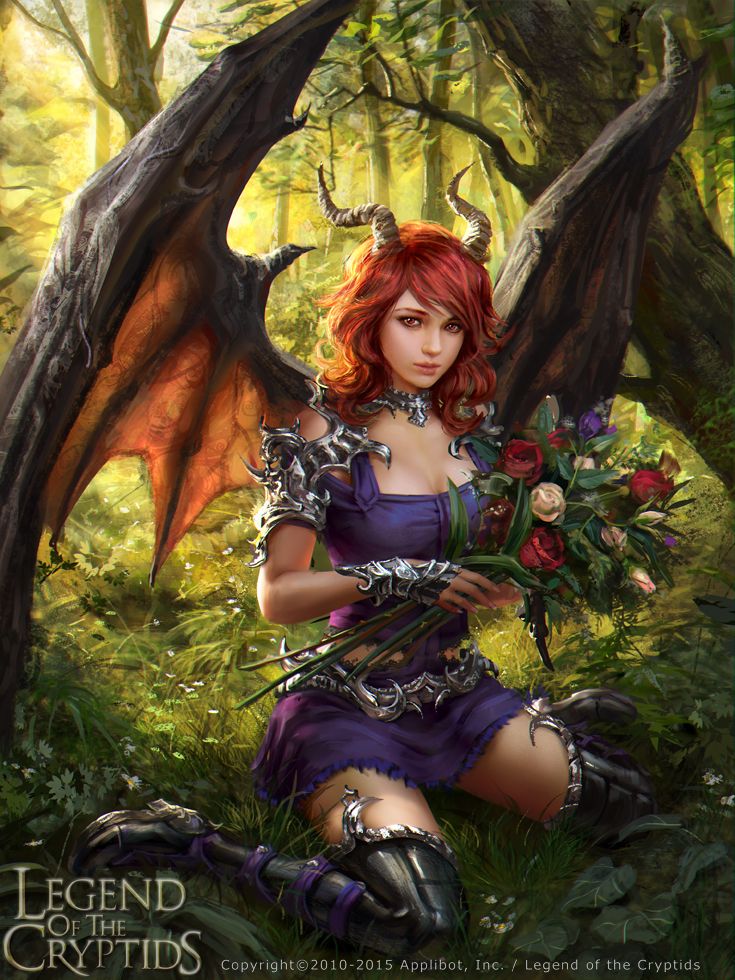 “All right, Arie,” I said as I got myself up into my chair on the bridge on the Nypmh. I crossed my legs, bottle of whiskey in one hand and a cigarette in the other. “One final check and we’ll launch. That way we can make our way back to that second planet.”
“Of course, Miss Galea.” The assistant bot began to press at a few buttons, and I leaned back in my seat with a smirk. I knew that the gas there wouldn’t have an effect on the bots on my ship. But with me, I had a few tricks up my sleeve. With a sip of the whiskey in my hand, I let the glamour that I kept up fade. And there it was, what I /really/ was. A succubus. Red wings, horns, and a red tail, finished off with a pair of crimson eyes.
Once in the air, I started my walk about the ship. Wanted to make sure everything was nice and neat, though there was no doubt in my mind that it was. The housekeeping bots did their job well. I glanced down at the prosthetic arm, lifting it to tap at the comms there. “Everything all right up there, Arie?” Sure, she was just an android, but she wasn’t a complete ditz.
“Absolutely, Miss. Once we’re in orbit, we’ll make the jump to the planet. It should only take us an approximation of about an hour to get there.”
“Perfect. You know how to contact me if I’m needed.” There was an agreement from the bot, and I continued my way down the halls, personally inspecting each and every room. Even the spa, which was a personal favorite of mine.

Once the ship began to approach the planet, I made my way back to my seat. It was a seamless flight, as always, and I let a smirk cross my face. “Miss Galea,” Arie spoke, her voice pulling me from my thoughts. “I’ve taken the liberty of reappropriating some of the housekeeping bots. They’ve been reprogrammed to build now with any and all materials we might get from Hellifyno.” It was always humorous to me to hear her say the name of the planet we had just left.
“Perfect,” I said, adjusting the collar of my favorite leather jacket. “Also have them check and see if we have a way to thin that gas around the ship. I’d like the clients to be prepared for what we offer, but most certainly not driven to a frenzy by it.”
“Of course. Is there anything else I should take care of, Captain?”
“We’ll keep the ship as main base of operations here on the planet for now. Once the main building is complete, we’ll move everything there. I also would like to send a few more bots back to Hellifyno. Get some advertising done.”
“At once,” Arie replied. And so we began the descent. It was always a bit bumpier than I was used to, but I handled it well, making sure I didn’t spill a drop of whiskey. There was a clicking noise from the console, and I turned to it, frowning. “We’ll also need a way to block the radiation on the ship. Deploy the shielding and we’ll see how far out that extends.” A few presses of some of the buttons on her console, and the shields were up. I stared at the displays for a moment. “Good. That should be a suitable distance for now. At least until we’ve got ourselves a permanent structure.” I moved myself off of the chair, that gas still having an effect on me. It wasn’t as strong as before, but still there.
“Oh, this is going to be great.”