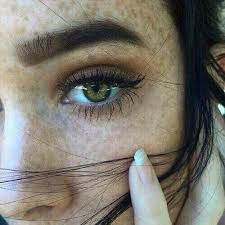 “It’s okay; I’m here,” the first words he heard as the darkness cleared from his eyes and the chill of death ebbed from him like thick coiled ropes unbound from his feet. “I’m not going to leave you.” Comfort, warmth, desire. All were the same. His tongue felt like sand paper, his throat burned as if he had been lost in the desert without water for days. “Everything is okay. I’m going to protect you.”

His eyes snapped open, a frail response to a dream of a memory from long ago. He knew what happened next, could remember it like it was only yesterday. He could recall the faintest trace of brunette hair, shallow black veins surfacing against pale skin that led into vibrant green eyes and a smile that eclipsed all else. He could smell lavender, the scent of roses and fragrant oils against the stench of blood and rotting flesh on the battlefield.

“I believe in you,” she whispered against his earlobe, her voice kind and soft, like that of a mother holding onto her child and lulling their fears into the woven darkness of night. So familiar, so close. His fingers curled against her arms that hugged about his neck, holding him into this new life of his. Teeth, sharp and unrelenting, buried into the soft marbling of flesh so much like his own and his tongue brushed against the warmth that coated it and his lips, dousing the fire that burned in the back of his throat.

“Hear my heartbeat?” she questioned and he vaguely committed it to memory. “Just focus on that,” came her voice once more. His drawl was fierce and he greedily swallowed this new sustenance. “You’ll be alright. No one can hurt you now.”

His eyes closed, his hand reaching to cover his face against the sunlight that trickled through the window of his room, the pull and tug of the sheets covering him by the stranger’s body beside him. The lifeless, for now, corpse of a whore that had seen to his weeks’ worth of desires and hungers.

She was one of his own, paid for by the blood in his veins and now hers as well. The veil of dark hair caressing against his shoulder brought his attention to the dried streaks of blood that coated his sides, marks made from divots in his flesh, penetrated by her fingernails as the night drew to its end.

“You’re not going to lose me,” she said as his teeth locked into place, as venom from his glands worked to curb the horrors of his last memories, as the chilling touch of blood became his everything. He could hear the faint beat of her heart, faster than that of a human’s, so fast that he thought it would forever outpace his breaths that no longer came to him as easily as they did before.

“I’ll stay right here, okay?” As if suddenly aware that he wasn’t breathing, he felt his throat clog, the sudden screaming sensation of his chest in pain overwhelming him at the realization that he was no longer taking in air. Panic. His fingers clenched against her arm. “Just breathe, child,” she urged, fingers stroking through his hair.

He rolled over, the weight of the sheets falling off of him and his eyes followed their path toward the light streaming in through the window. His feet fell over the edge of the bed and he twisted to allow himself the momentum to sit up. Hands rose to his eyes, sweeping aside hair that had grown fast to resemble the man he had been back then, fingers settling at the edge of his brow as he rubbed away the weariness that night had brought.

He heard the shuffling of movement on the bed and glanced over his shoulder. Familiar green eyes met his own, a smile splitting across full, kissable lips. “I’m hungry,” she said, not yet realizing that she would never again partake of the same food she had before with the same zest.

“I’m okay,” she said as her arms tightened their grip about him. He felt his chest rise and fall, the semblance of breathing once more in check. He didn’t need it. He didn’t need the feeling of it but life demanded, in some cases, a sacrifice to continue. Memories of living swarmed him and he squeezed his eyes shut as tears brimmed at the edges of his eyes.

“You’re okay.. We’re okay.” she murmured, her voice a fading approval against the backdrop of silence and the occasional screech of birds around them. A battlefield, he remembered… Where was he? His uncle…? How had this happened? “You’re everything to me. I don’t care how imperfect they think you are,” the woman said once more.

“I can find you breakfast but we need to talk after,” Malakai said, finally standing to his feet, the sheets falling from him and onto the bed, revealing just how naked he truly was. A body built as if carved from stone and rock by the greatest sculptors. He crossed the room to the balcony that overlooked the city, a small sigh dribbling from his lips. “What do you want?” he asked, glancing once more back toward her.

He caught her in his sight just as her fingers moved to innocently drape over her bottom lip, fingernails pressing against her teeth with a rather audible click. “I don’t know,” she said, canting her head with an airiness that he found familiar and bemusing all at once. “I’ll think of something,” he answered, clearing his throat. “Eggs sound okay?”

“Who are you?” he asked, his voice hesitant as he pulled from her. Until now… he had assumed he’d known her. Brown hair, green eyes… she reminded him of someone, though she was different than the man who had found him on the field before his death, the man who had warned him that he wouldn’t help him achieve the strength to survive, that he needed to find it himself.

Her gaze cut over him like a knife through butter and her lips curled upwards, a smile that gave sight to fangs that had never quite retracted. “Do you want to talk about it?” she asked herself as his fingers rose to touch against the crease of his neck, between shoulder and throat. Sore… it felt so very sore.

He crept toward the kitchen after slipping a pair of old shorts on over his legs. He had to remain somewhat modest in the company of the new vampire, right? The dream still replayed in the back of his mind and with it came a sense of restraint. It had been more than a thousand years since he had come face to face with her. This woman, this nymph, had surprised him with how familiar she had been in appearance. It hadn’t taken long to crack eggs into the frying pan, to dice onions, peppers, a few chunks of ham and bacon.

The pan sizzled to life and with its fragrance filling the air, he watched as she crept into the room behind him, as her hands wove around his waist. “Thank you for last night. I haven’t done this in a long time,” she said and his heart sank. “Don’t thank me yet, Noel,” he replied.

“You don’t have to be alone,” she said, frustration riding at the edge of her voice. “I do. You don’t get it,” he answered quietly. “You don’t get how I feel or why I feel the way I do.” His hand rose between them and his gaze cut to the wooded clearing in the distance. “I’m supposed to be dead. I didn’t want to come back. I didn’t want to be like him,” he admitted, hand curling fingers into the straight length of his hair.

“You are dead,” she answered. “But this is a different kind of death. No one but I could understand you, Malakai…”