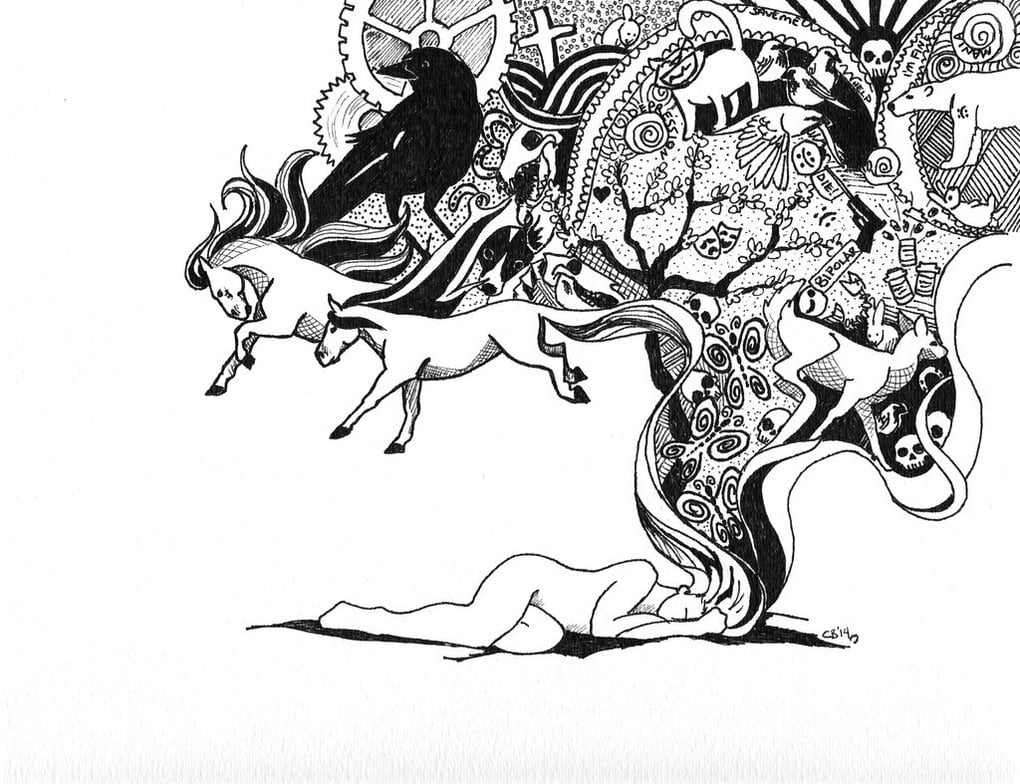 She really needed a personal secretary to help with this entire god forsaken filing. She could do it all electronically though she did no trust the safety of that so it wall all old-fashioned paperwork for her. She let out a groan as she looked around her office to all of the stacks of papers and files. They seemed to be taking over every available surface in her office. She groaned inwardly the only problem with a secretary or assistant was, she trusted no one. One of the many reasons she was still alive today. She knew what she needed it was the issue of finding a willing one or persuading them into it.
She stood from her large desk, walking around it to stretch her stiff muscles. Her black heels clicked off of the marble floor beneath her feet as she began to pace. A black pencil skirt stopped at her knees a small slit up her right thigh offered her some freedom to move. A red silk blouse fit over her curves perfectly. Her long white hair was pulled up into a bun little stands escaping and framing her face. Her red stained lips bright against her porcelain skin and those glowing silver eyes lined with black were full of thought. She was quite a sight to see what was certain. A beauty to lure prey in. Well shouldn’t the devil look good?
She could put out a simple coded add out from her office. The building was a great front but did she really want to deal with every being that showed up. No. No she did not. Her patience was running thin and she would most likely kill the ones who irritated her even in the slightest. She stopped pacing turning to look through the window. She could strike a deal; she was very good at making deals. A sly grin formed over her lips just as a nock on the door filled the room.
“Enter” She said her voice so gentle and kind as she turned to face the door. Her little receptionist peeked through the door fear in her eyes.
“I am sorry…. He refused to leave…. Until….” She held a hand up to silence the poor frightened Fae. She was a pretty little thing with strawberry blond waves, emerald green eyes, and a petite build she screamed purity.
“Let him in..” There were very few people who would all but barge into her office and of course he would be one of them. She could feel his presence from where she stood, smell his musk she knew it was him before he even pushed the door open further and walked into her office.
King Daniel McKnight. Her immortal lover at the moment. Her glowing silver eyes moved over his body. He stood a bit over six foot, his body was hard with muscle and she knew the feel of every one, his short blonde hair and those piercing blue eyes could be any woman’s kryptonite. She motioned for the woman to close the door and leave them. She did so without hesitation leaving the two alone in her office.
“I have something for you” His deep husky voice fills the room.
She tilted her head with a smirk on those plump red lips of hers. “Oh? And what would that be?”
She watched as the space between them vanished his arms snaking around her body and hers moving to rest around his neck. He gave her many things, most of which she enjoyed and others not so much. Her mind wondered to her flower filled home. But there were other gifts she did enjoy. She was hoping it was something fun she needed to let off some rage.
He leaned in his lips brushing along her cheek before he whispered into her ear.
A sly grin formed on her lips before she purred out. “As you wish”
But that could wait he did not come all this way to simply whisper sweet nothing into her ear. Her lips moved down to brush along his neck.
The witch hunt could wait.