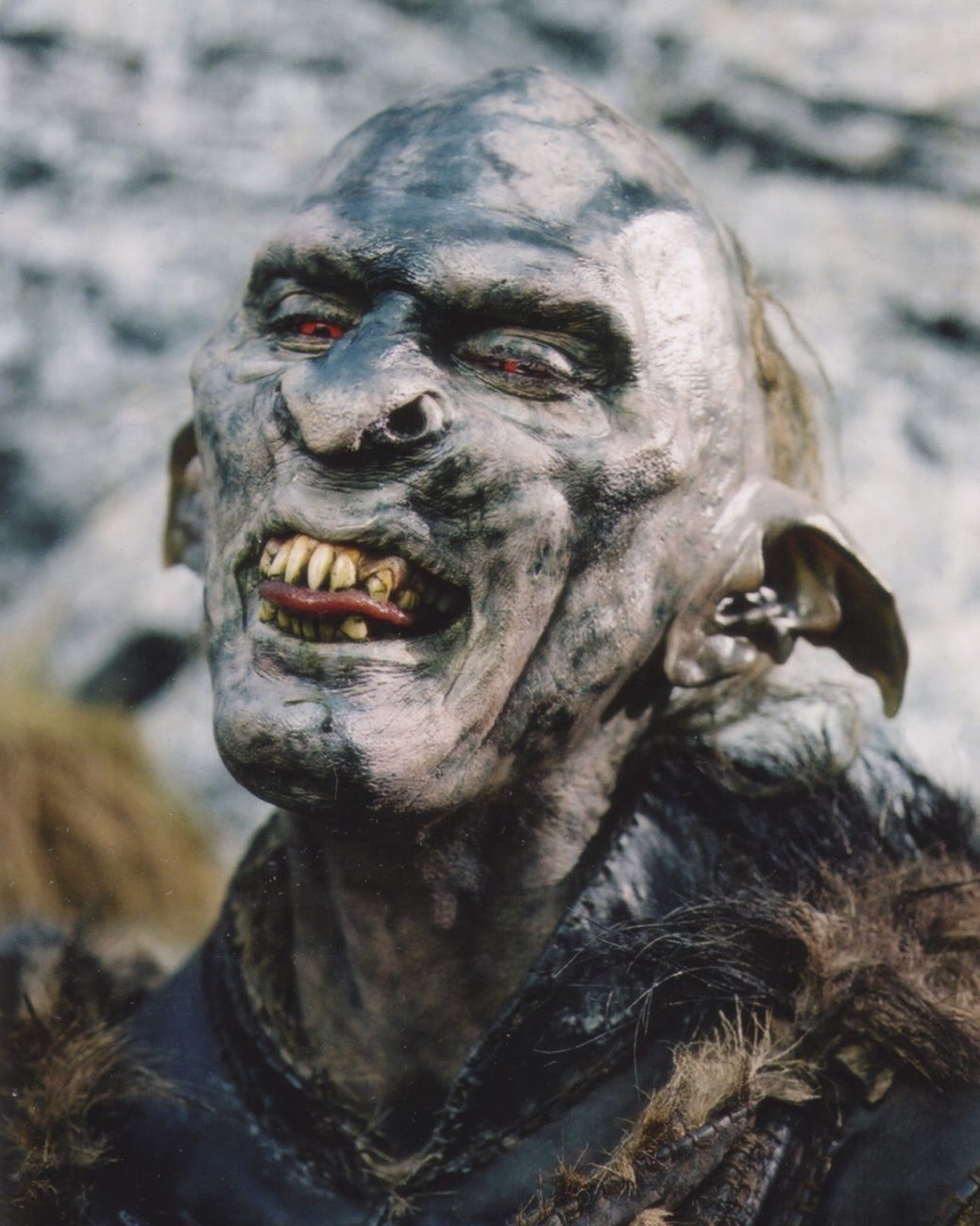 If Slick could have a bit of a hitch in his step to show the excitement that grew within, oh he would have. His tongue unable to keep within his mouth as he licked his chops several times once leaving the strip club. He couldn’t help but linger in the idea that he was about to get to a place where he would be able to actually kill something. His hand trembling at the hilt of his blade, just another sign of how eager he was.  With a limp here and wobble there he made his way towards the tavern, ebony orbs scanning the area as he did. He knew this area, he had been here too long. Sitting  in comfort, eating food he didn’t hunt himself, all things that just triggered him. He had to get out of there.

And out he would get, and who knew he would feel so much better after doing so, now he was doing his own thing, doing what he wanted, not what she commanded. She, Charlie, the disdain of his mind now…how the ‘mighty’ have fallen. She was his creator, she gave him life and he would no longer worship the ground she walked upon. That anger would fuel his desires, it would but blossom a creature that Charlie would not recognize, for either she was too dim witted to see it, or was too arrogant to think he would become such a thing.

Slick, weaved his way around Consequence, darkened sights upon now that of a family. His head tilting to the side, tall did the man stand he first looked upon, broad shoulders, brunette hair, one you could easily assume would and was able to protect his family. What was cute was the little wife that draped her arm through the crook of the males arm, looking to her husband, a pink smile spreading nearly from one ear to the next. But the honey pot, were the two children, an infant in the stroller being pushed by the man, and the toddler holding the free hand of the mother. It was picture perfect and it made him want to paint that picture in blood.

This had to be planned, thought out and organized, and it was just perfect that he more than enjoyed the hunt. He was moving up from small animal carcasses, to undead bodies. He was hunting a bigger game now, and the thrill was nearly arousing. Stalking was the easy part, animals proved more difficult, as he remained in the shadows, watching them make their way home.

Candle fires dancing in their window now, it was only a matter of being patient at this point. Hearing babies cry and toddlers pattering foot steps, watching the love of a father and mother as they created a serene scene of pure familia bliss. How most would cherish such a moment, like the flickering lights on a Christmas tree. But all Slick would think upon was how good those entrails would taste slightering down his throat.

That moment came, where lights were blown out and the nights dark blanket covered the home. Only the moons light would shed a path for Slick, but he needed none. He was a creature in which could see through the darkness, feel his way through it, as if his body was nocturnal and night was his sweet mistress.

A grand gesture he was about to make, small dagger in hand popping the lock to secure the beginning of this nights tale. Silent steps made through the home, murderous globes taking in the new atmosphere as he strolled through the home. The sound of slow breathing filling the cavern of his hearing. Standing before a single room in entry to a passion that began to grow in the pits of his eager being. Step by silent step he moved to the left side of the bed, the larger frame nestled beneath covers as smaller frame clang to the backside of the man, cuddling it looked to be. What an odd expression of feelings displayed. Crouching down beside the man, that small dagger held in boney flesh as he lifted fleshed hand to reside a few inches away from the mans chin, dagger point to the mans masculin neck.

These next moments would arouse an awakening in Slick, his mission may have been to kill in front of the tavern, he would only assume it was riddled with mouth breathing heroes with a false sense of propriety. But as he held his breath allowing the full attention of his senses to take in the sounds to come, his dagger then sliding into the flesh of the man neck, tip first as he split the man Adam apple in two, further still the dagger drove on, like knife through butter it felt. The feel of it all vibrating through the leather of the hilt of the dagger. The smell of the blood that now rushed forward calling Slick to take a deep breath in, that sweet copper scent filling his tastebuds as lips parted.

Sputtered breathing soon filling the room as the mans limp body had awoken now, brown globes laying on the unsightly visuals of the creature before him, the creature smiling at him. His hand raising to hold his neck as he tried to apply pressure. But slick rose his free hand as he let dagger rest within the mans throat, his other hand gently taking the mans hand and holding it from his neck.

Dark orbs taking in that moment, a silent death once Slick twisted the blade now against the back of his neck pressing into the spine a severing it as he twisted roughly. The sound of rupturing bones filling his ears, causing but a crooked smile to form upon blackened lips. Those last breaths to cherish as he straightened his daggers blade and pulled the blade free. Standing and bring up the bland to allow his course tongue to scrap across licking the blood free as he moved from the room.

His next actions would be more swift with the man out of the way, slipping into what he would think was the infants nursery, sheathing his dagger for a time as he leaned over the crib and gently took up the baby in his arms, cradling the child gently. A slight rock to his arms motions as he made his way back to the previous room and to the mothers side of the bed. His right hand leaving the babies form for but a moment as he took up his dagger and looked down at the now widow, single mother. That thought pleased him, raising his leg the tip of his boot covered foot now jabbing the woman in the back trying to wake her.

The woman stirred almost immediately, her head turning to look over shoulder, blue groggy orbs didn’t take in his sight, it was his stench that gave him away first, disgust present in the woman features, that was until her eyes would take in the male creature that held her baby, her globe skipping to see that of the blade he also held, fear was next. Her left hand moving over her husbands side to shake and try and awaken him. It took but brief moments of violent shaking for her to turn her head and lean over her husband. Slick of course allowing this moment to happen, wished for it even as she soon let tears rush forward as her now blood covered hand turned the corpse of her beloved. She wanted to plead and beg, but seeing her baby held with a knife pointed to her would keep her from doing so.

Its moments like these that are etched in ones brain, to see someone you cared so dearly for, lifeless in form, that familiar energy gone leaving nothing but a shell behind, even if to touch it was still warm, it was always something in the eyes, that distant look, the lack of a soul or an awareness of life.

Frame cloaked in a white night gown, her body turned back to Slick. “Please don’t hurt my baby.” Begging, oh what sweet words to lay upon him. It grew his heart into a flutter of pure euphoria. “Get the other one and follow me, and no harm will come to you or your children.” He spoke softly, his voice still course, but was somehow comforting in tone. She nodded with trembled frame and rose from her bed, it however was apparent, the fear, the trembling rushed footsteps, the way her hands shook as they reached out through the air to brace upon nothing but somehow the air was comforting.

It was short moments later, the woman carrying her eldest child while Slick still held to the infant. The child sleeping still, as Slick was rocking the infant in his arms to make their movements towards the tavern silent ones. The woman spoke none as well as the child she held.p, his head resting on that of his mothers shoulders, feeling the tears that ran down her face, enough to scare the child into obedience.

Those moments will soon be forgotten for what will be told will only make a families last moment far more intriguing. It was where they stood, outside the tavern of these so called heroes. “Kneel here.” Slick spoke as he pointed to the ground just outside the window of the tavern. Patrons filled the tavern that night, the completion was in sight, oh how he could taste it. The woman would do as told, clinging to her child her hand at his head pinning it there gently. Slick moved to the window then, lifting the infant up, swaddled in a thin blanket, the child awoke. The way Slick held the child soon changing as he took the ankle of the baby and put it on display as it cried for all the patrons within to see and hear. What they would see next is that same handy dagger slip through the child’s chest from the back. Blood pouring from the infant, and dripping to the dirt covered ground below before he dropped the now lifeless child’s body and returned to the now screaming mothers kneeling position.

It was then, that he sheathed his dagger and drew his long blade, patrons now pouring out of the taverns, screams within heard, a mother clinging now to her only child as she fell to her rear, a horrific scene to behold as he paid no mind to her fear nor her pleads, all fell upon deaf ears as he took blade and skewered the two together, quick with his wrist as he aimed for hearts as he did not have time to dally now, he was quite out numbered, quick twist of blade just to make sure.

Rough pull of blade and a spin around as the crowd from within had filed out of the tavern, “For those who fight against Giovanni, a gift.” It was then that his eyes would look to Charlie, his creator, lifting that blade and licking it once before he turned and made his quick escape, the darkness now swallowing him from view.