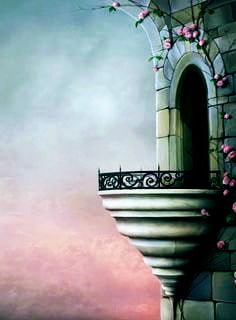 Regfuees From Another World To The District Of Issy

based off of this

“So what have you found?” Susan asked her Aunt

“Your Wife gave me these, said they were from her mother’s time of rule” Heather said, hanging her a book labeled:April 20XX Report by Commander Edna Thornson and Late Commander Fredrick Red

“The Authors who wrote this, no longer live here but both are alive..” Susan said

“That’s the first book, that the authors are actually still alive..are you related to either one of them?” Heather asked, as she had placed the last two books on the bookcase in the corner

“Edna is a distant family member, mother of 2 girls..however Fredrick I’m not sure about, most people said he was a strict man” Susan said as Heather would speak about

“Well I think you might have a good choice for a good head of the Royal Guard..Melissa L. Mystical your mother in-law….and then you can take that position and help your daughter” Heather said as Susan nodded

“When Shelly is old enough to lead..she will decide whether she wants my help or not, it is purely her choice as queen when the time comes..” Susan said as opened up the box

“Queen Skyler J. Yatsuki II has revealed Stacie A. Yatsuki to have a influenced marriage with Jayla H. Spidercarb..to return the power of rule to the succession of Skymoon Bloodline- April 17th” Susan read as it marked with Commander Edna Thornson

“The Other Queen has been revealed as Sara Lone-Wolf however her power is heavily checked and balanced, she is the other mother of Stacie who has yet to be revealed- Apirl 5th” Susan read out aloud as it was marked with Edna Thornson

“Queen Skyler says that the custody battle is still going on for Skye K. Vailson-Yatsuki, she says that she regrets her choices-April 30th” Susasn reads again, noting it was Fredrick Red

“Queen Skyler stated today that whoever comes out of a broken portal is a Gemival Refugee and must be housed, some of the families we have noted are the Palmstones, the Reds, the O’Romeos, the Madrigals, the Sagestones and the Amberia-Comet Family….-Apirl 26th [Edna]” Susan kept reading

“One Of Refugees has joined the guard, so I granted him the rank of Commander due to his knowledge of how to be strict-Apirl 27th [Edna]” Susan kept reading on

“Wait that next page looks like it was shoved in..” Heather commented as Susan nodded

“Its not a Apirl Log..it’s something from the following month..about 5 years later..” Susan said as she turned the page

“Fredrick told me that the other queen must be executed, I didn’t know what he was thinking however when I asked the Queen for a statement all I got is that Sara went mad..had gone crazy in red sun and Skyler lost the will to love her for leaving Stacie behind..so Skyler personally executed Sara Lone-Wolf..so Stacie could blame her… however Skye K. Vailson-Yatsuki has come back after we sent out a message to her..she came back in a hurry to help raise Stacie..-May 18th [Edna and Fredrick] ” Susan said covering her mouth

“Thats why the town is name the Kingdom Of Sara..but that’s gotta be horrible..Skyler couldn’t love for years..” Heather said as Susan looked at the book

“Dad did the same thing to my mom, however I haven’t been able to see my mom..I can’t even speak to her..” Susan said

“At least you know what the previous queen did..and you can do better than she did..not saying she was bad..just gotta learn from the last..” Heather said

“Glad you stuck around Aunt..I’m glad I had you when everything went wrong, I think I should talk to my cousin who’s your daughter or son..” Susan asked

“Hope Foster..” Heather said as the room was quiet