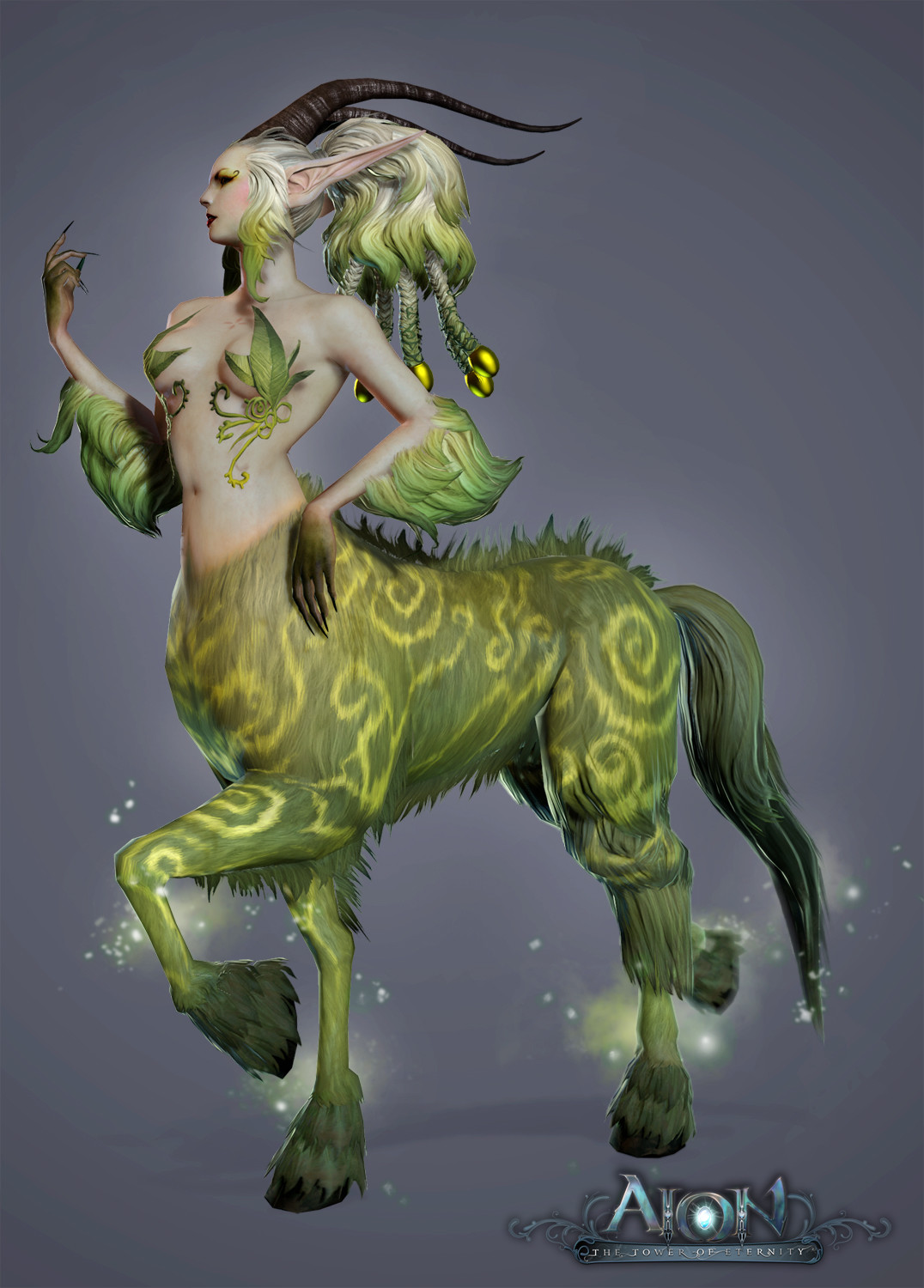 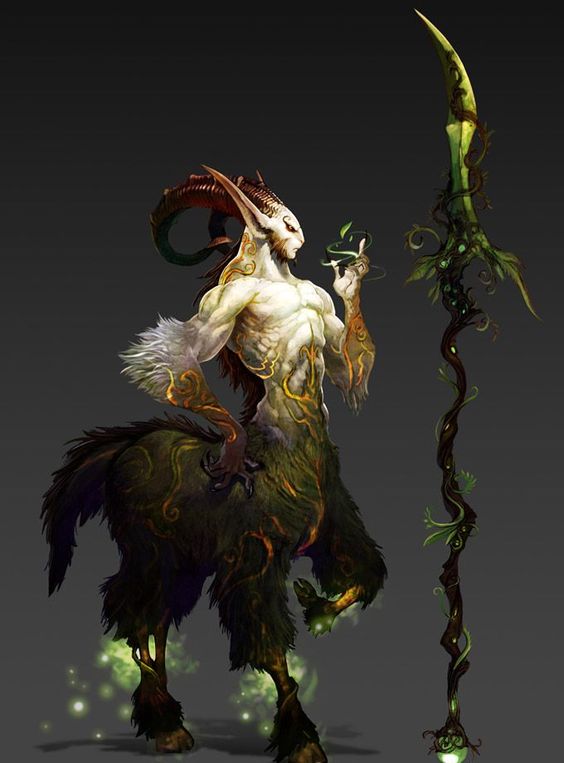 Fatyr are centaur/ Faun like creatures and one of the few creatures of Aethos that are able to speak. They speak both common and Aethel as they were taught by Evenore herself. They like many other beings are born of the magic and the land that created Aethos so they guard the world and are able to use nature magic as well as healing magic. They are often seen holding scimitar like spears with them which they use to fight off any offenders. They live small groupings called Glades. The females are actually larger then the males and just as fierce fighters though they end to focus more on being healers 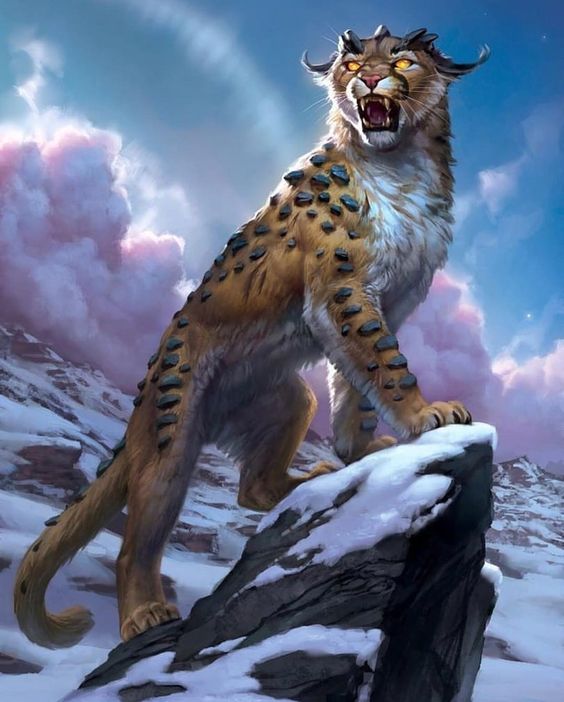 Opads are catlike creatures are are rather large felines. Adorned with stone like scales that poke out from their fur and curved horns along the head. These hunters live in cave dens in the mountains. They mainly hunt small animals but have been known to go after larger prey. They are Solo hunters so it is rare to see more then one together unless it is time to mate. 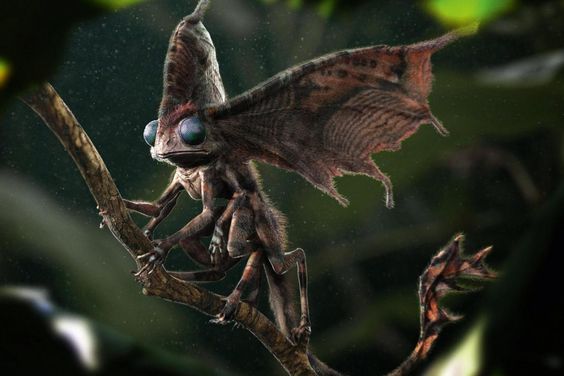 These amphibious, chimplike beasts grow to about the size of a small human toddler. The wing like ears help them to jump from tree to tree but also act as fins for swimming in the lakes and ponds of Aethos. They like to eat a mix of insects and small fish They have very impressive night vision and superb agility allowing them to maneuver very quickly both on the ground and in the trees. 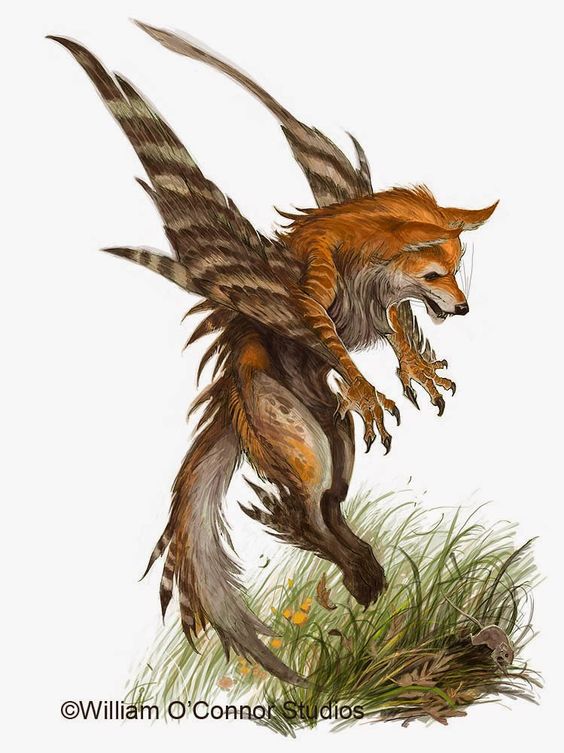 Sometimes called the Foxgriffs due to the Gryphon like appearance they have. Wolpers winged fox beasts with hawk talons for front legs. They live in packs in areas with tall grass or thick bushes. They tend to hunt small animals like mice and use their wings by climbing up trees and glide attack or dive attack birds The wings along with powerful hind legs allow them to jump a considerable distance. 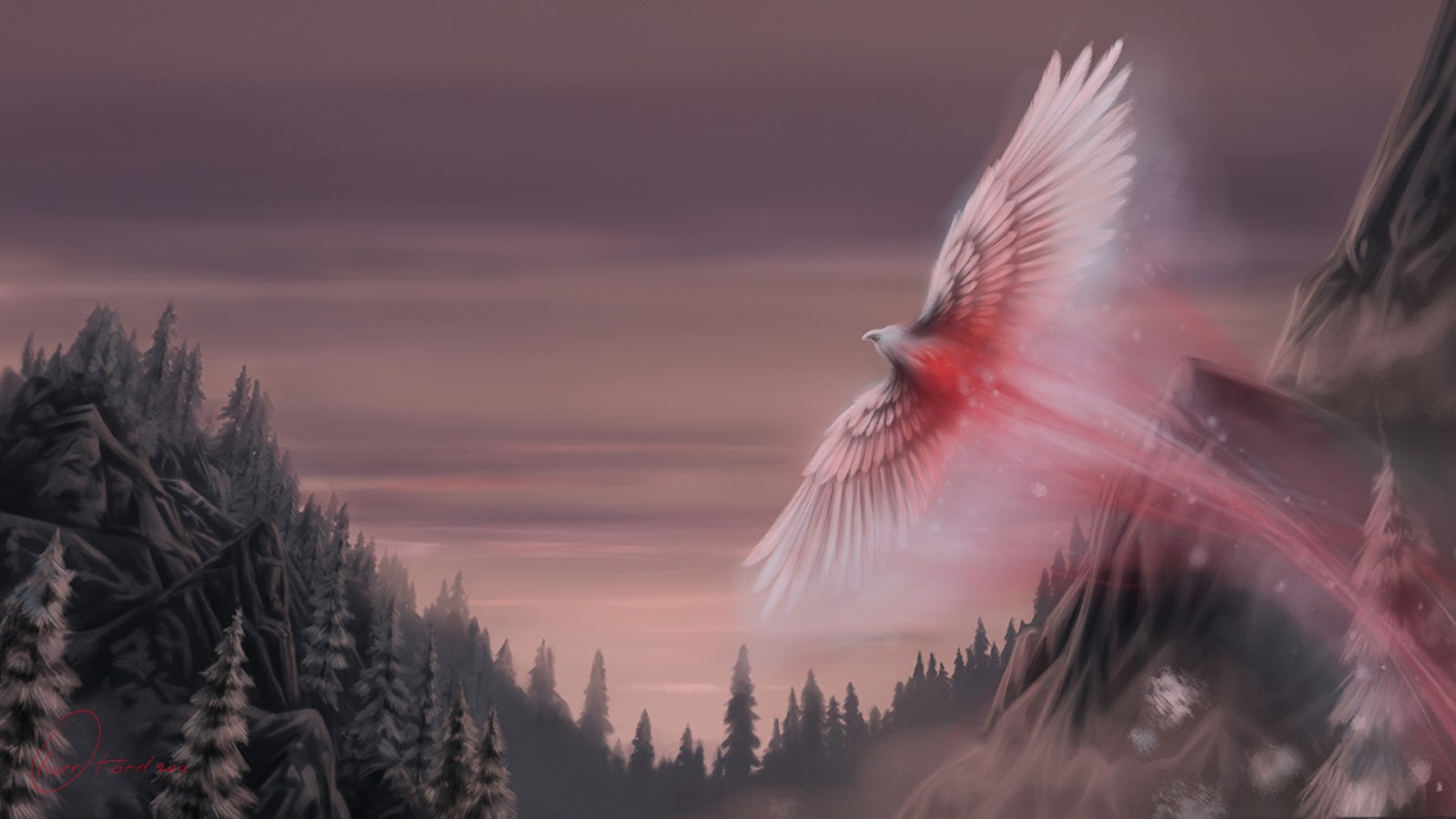 Also called Blood mist Hawks. These ethereal birds leave a blood like mist that trails behind them. The mist itself is harmless and often used to attract mates as well as mark territory for other Wutri. But it can be used to blind anything they may deem dangerous or to scare off intruders who wander into the area they inhabit. The screech of the Wutrice is said to sound like a screaming woman. 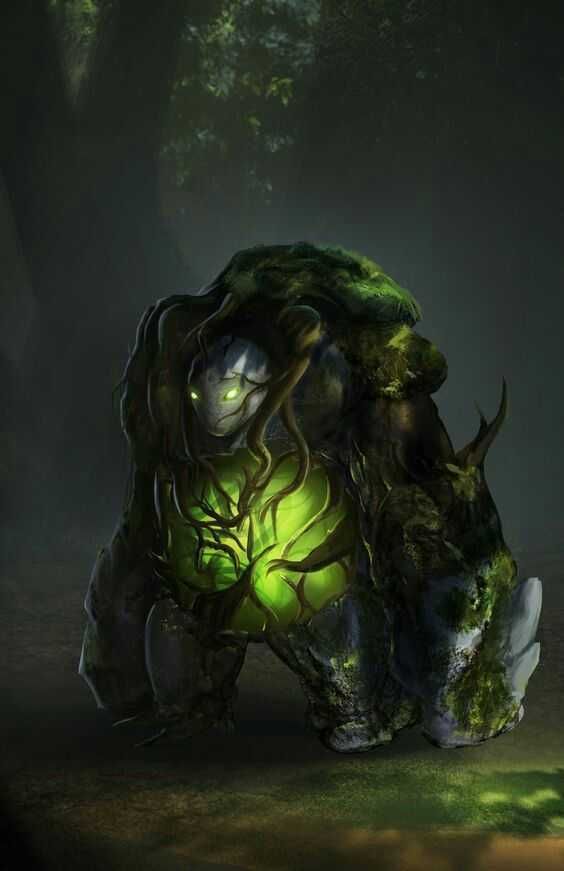 Ootiks are the gardeners of Aethos. They take care of the trees and the gardens when Eve is away from the realm. Large and intimidating they are very gentle and helpful. They range from the size of small rocks to as tall as the trees themselves. But even though they are gentle they will become very aggressive if they feel the land is attacked. They are linked like all beasts in Aethos to the land itself so they feel when something a miss.

I do plan to add more creatures as i come up with ideas. Isince most animals are made from magic and the land itself many of them are nature based. Feel free to comment suggestions with images and a brief description and  if i like the idea ill be sure to add your creature and your name to the list 🙂