Devils And Bad Men : A Final Story About Cheating Death 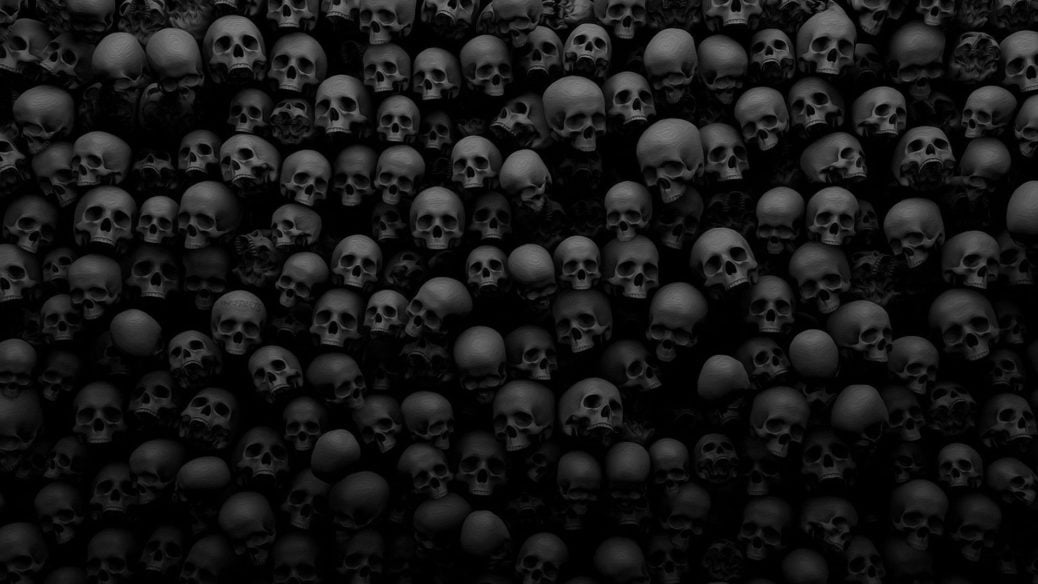 He’s been up for hours, all of them dark ones. It must be nearly dawn.

Rowan sits against the wall of his underground chamber, the skin around his mouth caked with dry, dark blood. Doug is laying closest to the now-dying fire, his entire arm gone at this point to keep the killer alive. He stares blankly at the wall opposite him, and meanwhile, he is ever plagued by that loathsome voice trapped in this box with him.

“You’ve gone off the deep end, boy,” says Uncle Jeremiah, now standing in front of the staircase leading out. “Instead of going out there and fighting for your life, you sat in here and ate a goddamn dead person. Not just a coward, but sick, too.” Silence hangs in the air between them for a moment, but then…

“You… you want to talk about… sick?” No longer keeping his head down, Rowan pushes back against the wall, shoving himself upward and to his feet. He points a finger at the manifestation’s face, shaking with suppressed anger, before lowering it to the purple veins still present at the crease of Jeremiah’s elbow. “You killed Deb. You shot her in the face. You were looking for me, you wanted to kill me… you were a fucking monster, and they butchered you for it.”

“They mercied me, you little shit.” Jeremiah smirks and holds out his arm, indicating the spot of his lethal injection. “I puked myself to death and I still count my blessings. I was the only one who tried to stop you before you became the devil you were meant to be.”

“YOU TURNED ME INTO THIS!!! ” Red with anger, Rowan slashes his clawed gauntlet through the air, and the metal hooked fingers rake through the image of Jeremiah, wherein he vanishes. Alone now, Rowan breathes unsteadily, heavily, before noticing the glimmer from the staircase. He raises his bare left hand, shielding his eyes from the now almost foreign gleam.

“The sun is rising.” Aunt Debbie’s voice is heard behind him now, and he can almost feel it when she reaches up, placing a hand on his shoulder. “Go, Rowan. You don’t need to die here. You don’t deserve it. No matter what you are now, I died loving you. It’s all I know how to do. So go. Be free again.” Rowan turns to face her one last time, but she is already gone, vanished into nothingness like his uncle. Gulping down a lump of quiet anguish, the killer picks up his mask from the floor, stuffing it into his hoodie and ascending the steps to resurgence.

The hatch leading to the woods creaks and pushes outward, slamming loudly against the forest floor. The young man drags himself up and out of the chamber, rolling onto the forest floor. On his back, Rowan looks up at the sky as it begins to glow with that faint sunrise. He does a quick once over of his surroundings from his spot on the ground, but he doesn’t see any zombies. Taking a moment to suck in fresh, clear air, he rolls over, pushing himself up onto all fours, groaning as he does. A little bit of dribble comes out of his mouth, dripping to the forest floor. He moves to wipe it on his black sleeve, and when he brings it away again, the red smear in the material makes his stomach twist again. To alleviate the feeling, he begins to upright himself, rising steadily.

The second Rowan is on his feet, he spots it.

One of the reanimated corpses is still wandering in the trees, its deformities apparent even from here. It’s only a good 30 or 40 feet from him, but its back is turned. Rowan crouches slowly, leaning forward and beginning to unlace his boots. The less noise he makes to attract it, the better. He gets one boot off slowly, setting it on the ground.

That’s about the point that the second zombie attacked from behind.

Twigs snap just behind him and he can feel the thing closing in behind him quickly. Despite his weakened state, Rowan ducks and curls into a ball of a person, rolling backward and tripping the zombie forward. He comes up swinging, the hooked fingertips of his glove digging into the thing’s chunky, icy back. It doesn’t do much, and the monster is already getting back to its feet. Rowan slashes again, snagging the thing in the head and pulling its skull against a tree trunk. Still nothing.

The first zombie has noticed the commotion, snarling and turning to join the fray. It moves closer, while the second zombie lurches and knocks Rowan to the ground, pinning him. He holds it at bay, just barely, the gauntlet lodged in its chomping mouth now while it swipes its arms at him, just out of reach. The other zombie falls toward the pile, and Rowan barely gets his leg up, putting his one remaining boot into its gut and pushing it backward again.

The zombie pinning him chews against the fingers of his gauntlet, and Rowan can feel the metal denting just slightly. Nothing had ever damaged the glove before now, and it was time to panic. Using his other leg as leverage, he manages to roll it off, sitting up just as the first zombie lunges again. He slashes with the glove, severing the thing’s head off. As it bounces and rolls away, however, the headless body keeps coming, digging its hands against his body. At the last possible second before his chest is torn open, Rowan rolls and lets the zombie’s momentum carry it forward, over and away from him.

The zombie with its head still attached stands up, snarling and picking up the severed head of the other. It puts the head on the side of its own neck, and before Rowan’s eyes, the head attaches itself, making the thing look even more mutated. “You’ve gotta be fucking joking.”

Both zombies are up now, the headless one between Rowan and the chamber, the two-headed one between him and freedom. Roaring, the two-headed one charges him. Time seems to slow down just then, and every second it gets closer is a terrifying hour. Outmaneuvering the abomination again, Rowan ducks under its attack and gets around behind it, shoving it toward the headless one.

The two-headed zombie is heavy, but with every ounce of strength his body has left, Rowan drives it into the headless one, knocking both of them through the hatch door and into the chamber below. As the heavy corpses thud and crash down the stairs, the psycho killer heaves the heavy metal door shut again, latching it closed and collapsing against it. “Got you… I got you…”

The celebration is incredibly short-lived, as Rowan’s body comes alive with the vibrant impact of a force against the door. Another jarring impact, then another. They were throwing themselves against the door, and after a while, that might start to matter. Not waiting around to find out, Rowan grabs up his other boot, yanking it over his foot. He takes one last look at the hatch, which is now visibly thudding with every attack. “…Goodbye, Aunt Debbie… Thank you.”

Then, he begins to run.