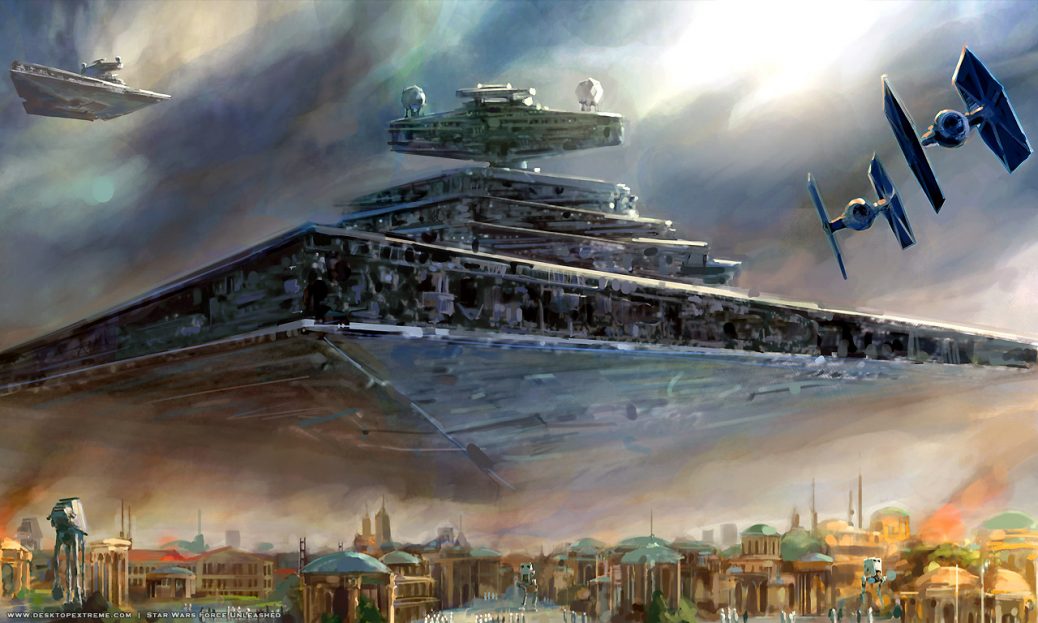 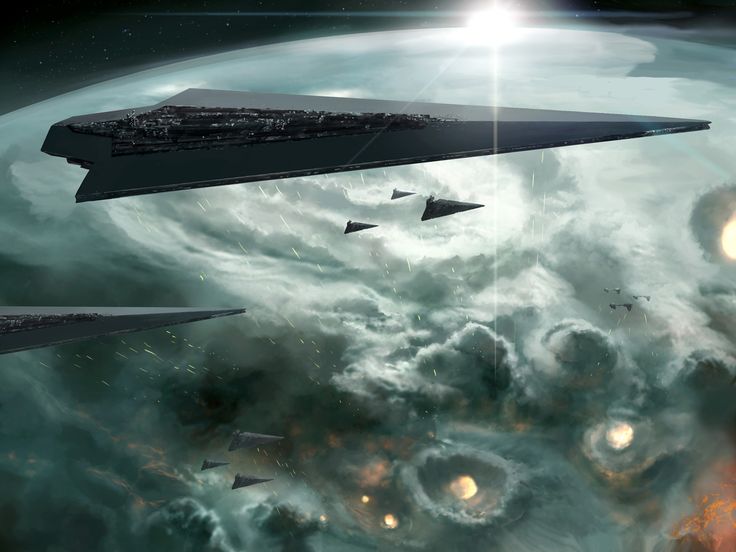 The base had begun its morning ritual. Prepping of food, sunrise exercises, changing of patrols, testing of various equipment’s…When Inquisitor Cresshei’s call came through. It was as though a bee’s nest had been struck with a rock.

Inquisitors dressed and met up with their Squads.

While a Ten-Man Strike Team began to assemble.

Their Pilots readied themselves for sudden takeoff!

AT-AT’s and AT-ST’s, were prepped.

If any of the upcoming developments were true?

They would all be on the razor’s edge of battle!

And the Speeder Bikes whipped into the courtyard, without hesitation. 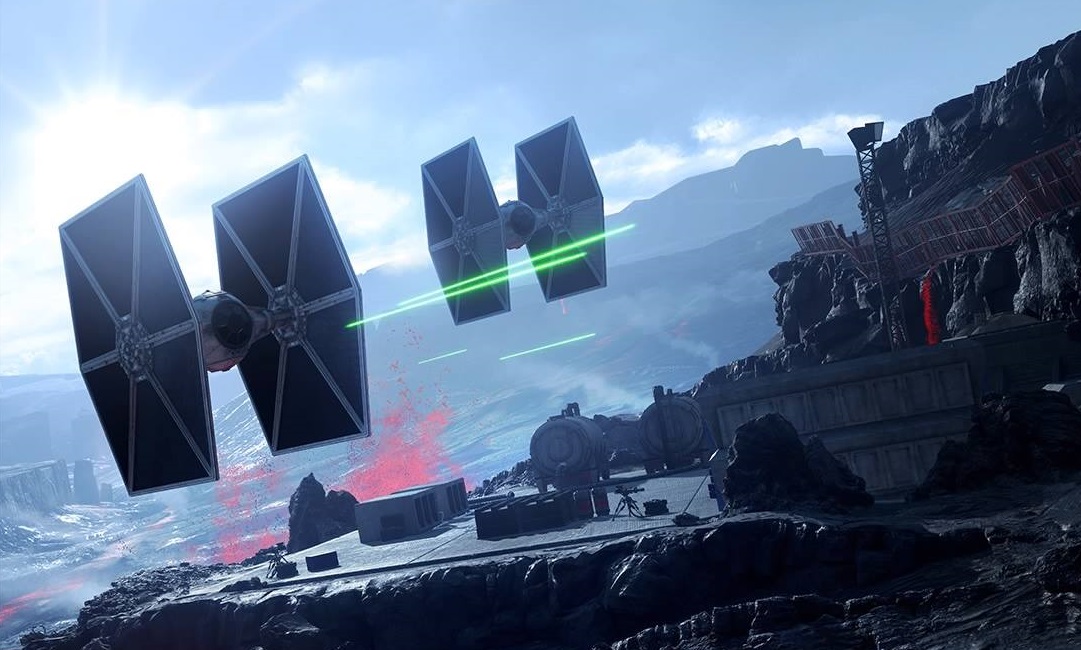 Inquisitor Wynonna pulled into the base and then parked her Speeder Bike! Then immediately searched for Grand Inquisitor D’Jak Speirs presence with The Force.

Standing upon the threshold of the massive gate, that opened into the armor garage, Grand Inquisitor D’Jak Speir looked out over the plains, and down, at Inquisitor Wynonna, as she searched for him. Though he was only a speck of darkness, at this height, his presence in the force was imposing. Dark, impassive, and powerful. Like a black beacon. All around the Newest Inquisitor, soldiers dashed, and ran, setting up last minute preparations, and defenses.

Wynonna used Force Speed, before Force Jumping / Force Flight the rest of the way, to be beside:

Grand Inquisitor D’Jak Speir. “I came back as soon as I could High Inquisitor”

She also noted, The Arrested / Jim Kirk, Being taken directly into…

The Ordeal Room, which was within The Garage.

Those Garage Doors Were Now, CLOSED:

D’Jak Speir was silent for a moment, and then nodded shortly. “Prepare yourself for Battle, and meet the Strike Team in the Shuttle Bay. You have three minutes, Inquisitor. Inquisitor Ryssa is the Strike Team Leader. Report to her, and receive your orders.”

Inquisitor Wynonna nodded before doing a back flip off of the wall and landing onto the ground. Then! She ran into the Shuttle Bay after getting on her Inquisitor Armor on! She spotted Inquisitor Ryssa and walked over to her, with a straight back. She was ready.

Wynonna got closer to Ryssa so that she was the closest to Ryssa on her right side. Wynonna quietly asked why she had been beckoned, by body language & raising a brow.

As Inquisitor Ryssa began to deliver her instructions, (in the skies above Hellifyno), the upper atmosphere, The Debaser suddenly decloaked, from where it had been, well above Saber Hill.

And it was heading into the direction of The Red Sun Inn.

Inquisitor Wynonna frowned for a moment: was Grand Inquisitor D’Jak Speir going to destroy The Red Sun Inn, unless their demands were met?

“Board, board, board!” Ryssa screamed, and she pointed to the Shuttle, as the engines began to scream upon warmup, after her short speech. She began to Chant, The Code of The Sith, and the other Inquisitors, even the Saberhunters, shouted back each line, with her, as they boarded the shuttle. “Peace is a lie! There is only Passion! Through Passion I gain Strength! Through Strength I gain Power! Through Power I gain Victory! Through Victory my chains are Broken! The Force shall free me!” And when it had finished, they all called out together, thrusting their fists to the roof of the shuttle 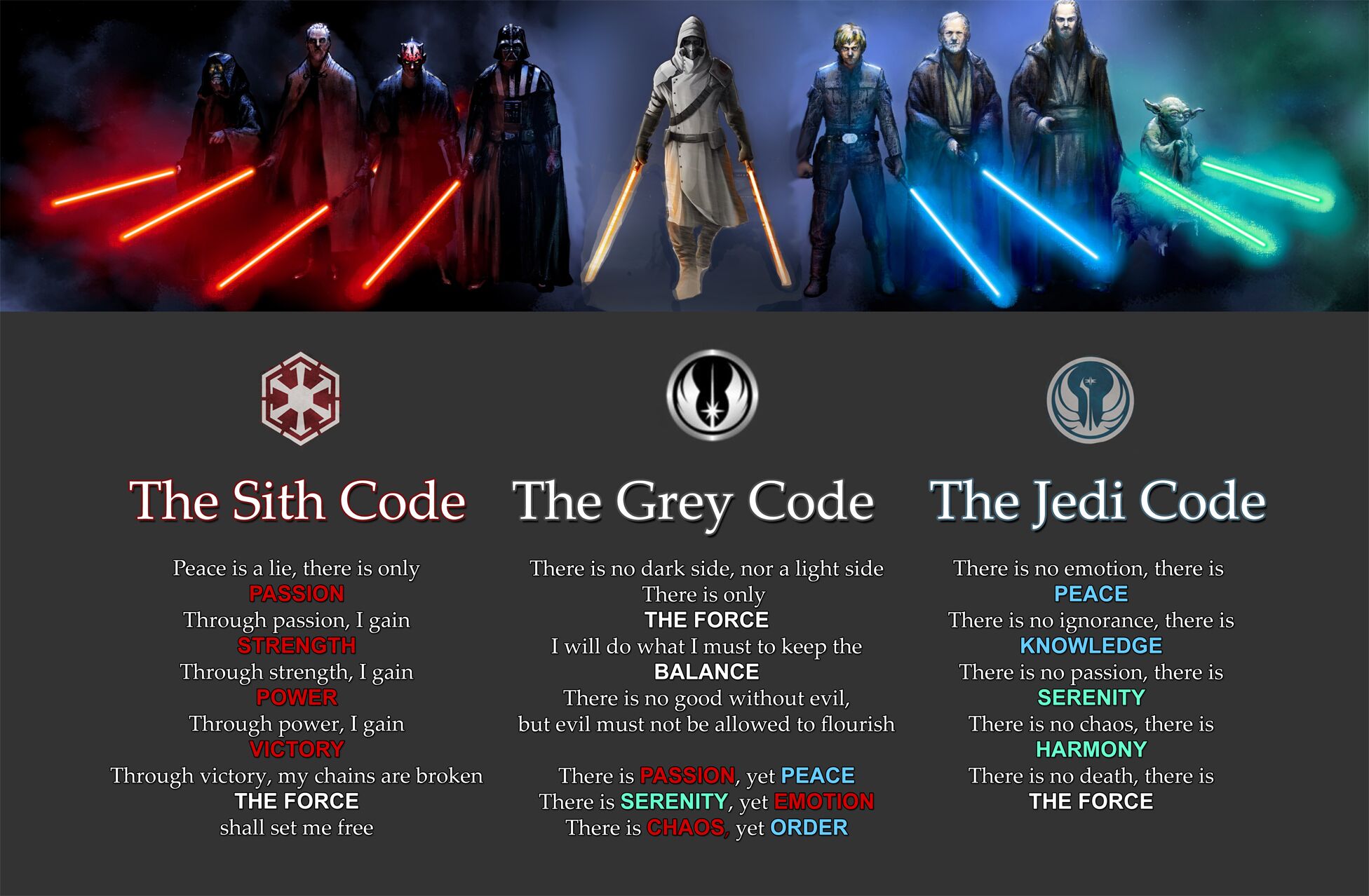 Wynonna got into the ship rather quickly, but she hadn’t sung the song. Already, she was already mentally preparing for the Battle. Wynonna would appear in the middle of the med bay and it seemed to be somewhat busy. She still held a dressed Diana. She found a curtained off area with a place to set her. She set Diana down and gave her a sad smile. “Can you undress on your own?” She asked, using Force Healing to dampen the pain. 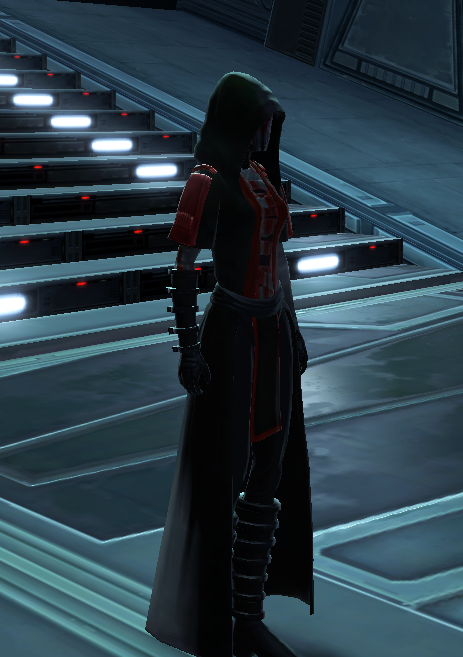 Diana glared at Wynonna. What kind of stupid question was that? ”I will undress myself.” She was very much insisting Wynonna left her vicinity now. She could still fight after all. Not that she would. But she was not keep on anyone touching her, bar her beloved Steve Trevor. Her voice of reason. See where it got her when she didn’t listen. There was no pain. Her legs were ones she could not feel.

If anything, it was emotional pain…

She had failed herself, Steve and everyone else…

All that Diana could think about, during her pain was Steve…Her Steve… 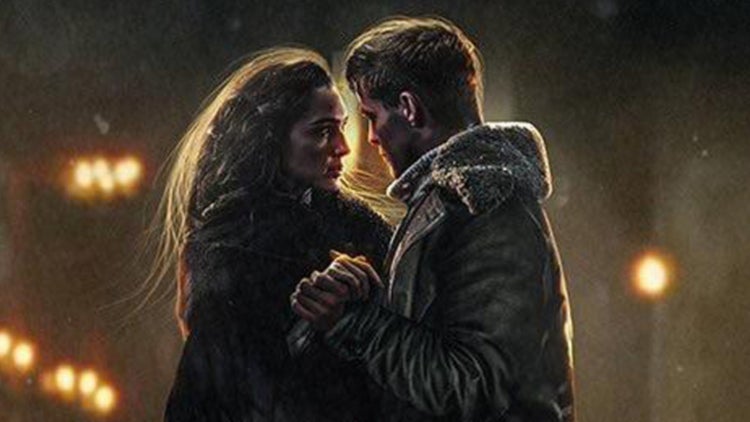 “I have to watch I’m afraid.” She said sitting down, trying to use another Jedi mind trick to maybe dampen the mental blow. “I’m sorry Diana, it wasn’t meant to happen this way.”

”Then you’ll have to kill me.” Diana stated simply. She refused to this. As for her apology, it wasn’t buying. ”Of course it was. Do you think that we are stupid?” 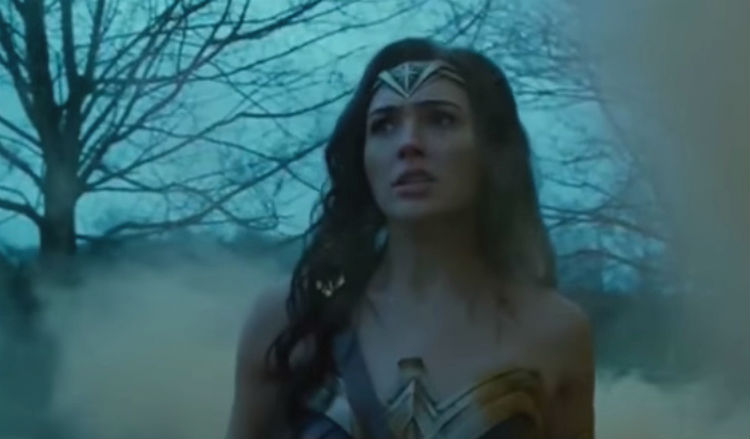 They were interrupted, by a tall, thin Inquisitor. Dressed in the garb of a Doctor, the light saber at his hip was a bit obvious. He approached the two women, and looked down at Diana Prince. “Ah, the Wonder Woman.” He glanced over at Inquisitor Wynonna. “You’re dismissed, Inquisitor Wynonna. I’d suggest that you meet The Strike Team, back at the Hangar. I imagine there’ll be a few drinks to go around. You’ve done well.”

“No sir, I’m staying with Diana. I don’t need a drink. Now if you would please? I ask you to leave me with Diana, while she gets into a hospital gown.” She said to him firmly.

Diana sighed. People were annoying her already. ”I will undress for you. But only if you’ll give me some privacy?” She had never dishonored that. Due to Steve. He was the only one who had seen her without anything less than clothes and armor. She would prefer keeping it that way. The request was true, though. Not like she could get very far. All that she could ever think of was Steve. Her Steve.

The Inquisitorial Doctor blinked at Inquisitor Wynonna. “Yes, Inquisitor. You’re leaving.” A Droid hovered close, and he selected a syringe from its rack. “You’re leaving now.” Without warning, The Doctor, jammed the needle into down, right towards Diana’s arm, filled with an agent that was enough to tranquilize a multi-ton creature like a Rancor. It’ll be an interesting few days, for the Amazon Princess, if it failed to render Diana to sleep.

Inquisitor Wynonna would go to leave, then stop, ‘As if to say something to Diana? Or even that of The Inquisitorial Doctor?’, then left, to where her squad would be located.

Little did she expect to be drugged, with a needle! She was immune to disease, yet she was not immune to all types of drugs or poisons. The needle was jammed into her arm and while she glared at him, it didn’t last long since it kicked in almost instantly. Wonder Woman was currently knocked out. Asleep!

Inquisitor Wynonna would continue down until she saw Inquisitor Ryssa and the others drinking. She would find a water, then started to drink, as she watched them all celebrate.

“Now, enough silliness about clothing.” The Inquisitorial Doctor muttered, and, with the assistance of droids, stripped her of armor and garments. The armor, along with weapons, was sent to the engineering armory. Diana herself was examined. Scanned, in every possible way. Genetic samples taken. Small tissue samples, even. But too, her injuries were treated. And still being pumped full with drugs, she was dipped into the Bacta Tank, with a wrapping around her bosom, and a simple set of undergarments provided, slipped over her nearly ruined legs, as she was suspended in the restorative solution, and placed under guard, by the Inquisitors.

And Dream She Would…

About: the people and the places, that she loves, the most…

To that of Her Mom…

Queen of the Amazons Hippolyta…

Taught Her About Mans World…

But The Glorious Power Of: Ice Cream…–

And To A New Justice League…. 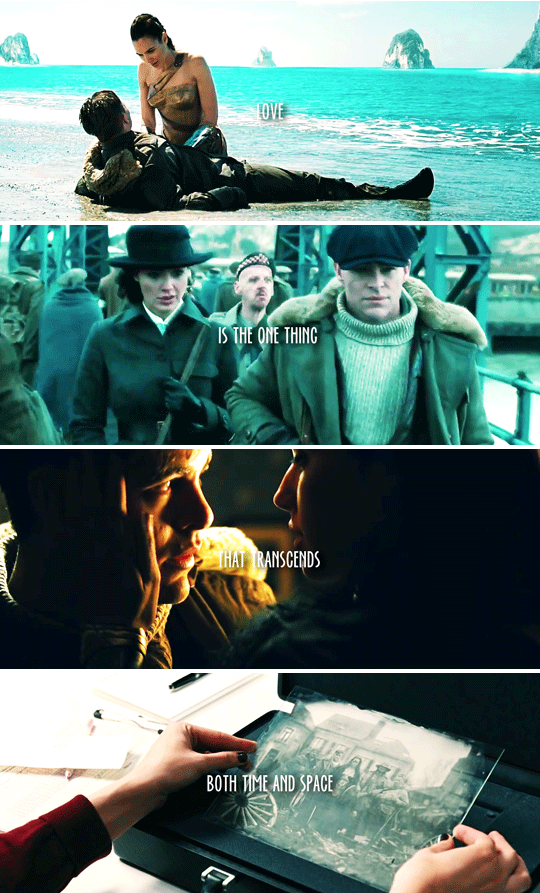