Home The Cadet’s Adventure: Like Moonlight over still Water (Part 1 of 2)

The Cadet’s Adventure: Like Moonlight over still Water (Part 1 of 2) 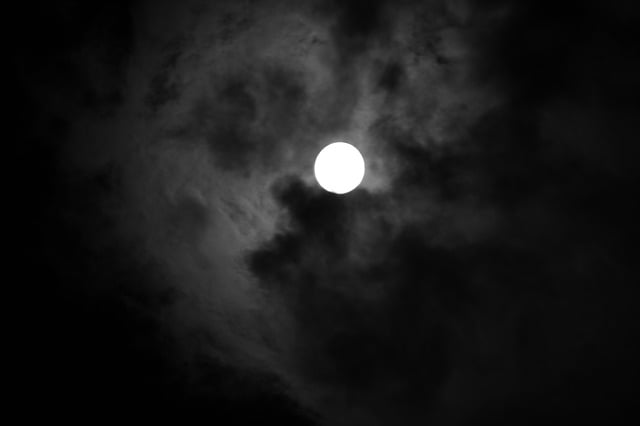 It been five days since the outpost was hit. Up in smoke, resources reaped or blown to bits from mortar fire. The girls had to leave on such short notice just to survive the raid. The Four were little roughed up. PFC Gwyn had just about lost hearing in her right ear.. but she cursed that damn ringing. PFC Wilkes’ arm was burned and and stippled with shrapnel. PVT Nova already in rough shape, still recovering from the operation and now, with no supplies or a cap to spare.. she was suffering from Med-X withdraws. PFC Beckett? She was in great condition! But she was hungrier than a yao guai that came out of hibernation after a long nuclear winter. With their Medic all but useless  and weapons with less than five rounds each.. They were forced to set off into the wastes in search for a way to contact someone for help.  They weren’t too familiar with the Commonwealth, their home was far from this place. Nova would have large migraines and would constantly fall behind, making it harder to cover more ground in each day they walked. With no map, Beckett took point. She walked a little faster through the rubble than the other injured three Cadets, but her pace was brisk.. leaving the others to catch up.

Without a map they accidentally headed the opposite direction of the Great Green Jewel of the Commonwealth.. they headed deep into the depths of ruined buildings. Surrounded by super mutant territories, Raiders and stray crazed robots from the damned Mechanist. The girls learned to crawl through the shadows like rats. Having  weapons with low ammunition really sucked for them, from fights that would have solved their problems, to a nice meal.. they had to look away in order to ensure their survival.

After several days of walking, one evening they found themselves standing right in front of a farm. Surrounded by wire fence and a house built around a large high voltage tower. The farm was rich with crops. Melons, tatos and mutfruit plants galore. The farm was really doing well for itself. The girls were all but starved. They’d been eating whatever they could.. even had to steal food from a small caravan that was traveling the wastes. Beckett stood at the fence line, looking in at all the food. She was quick to hop fence and gestured for her fellow cadets to enter behind her. Sure enough, they were all over the fence. Munching on all sorts of crops… all products of hard work. The girls were devouring the plants and eventually looked up to see a man with a shotgun exiting the house. He looked around from the porch and shouted out load for the area to hear.

“You raiders out there?! Huh?! Well guess what?! We’re not alone anymore! We’re with the Minutemen now! So get lost!!”

Gwyn looked to the others, she wasn’t exactly sure what to do… but they all dropped into the prone position, faces in the dirt and hidden behind the crops, they had a moment to gather themselves and come up with a plan. Wilkes was looked at by the others, but she shrugged and was without a clue on what to do next. Beckett sighs and threw what the others thought was a rock.. that was before they heard the big BOOM. The blast shredded the Man’s leg and Beckett was quick to get up and rush the man with her 10mm pistol, with only five rounds in the mag. She began to open shout rushing over to him and kicking the shogun from his reach. The others quickly got up and followed. Gwyn was nervous but she stormed the house, Wilkes followed behind her, picking up the shotgun. Beckett dragged the man inside and Nova locked the door, nervously after everyone was inside. Wilkes and Beckett used the last four rolls of duct tape to bind up the family. Gwyn searched the house for any supplies they could use.. and Nova just.. watched. Nova was too petrified to move or even try to speak. She didn’t like this… that was for sure.

Gwyn piled the goods on the table and sorted out rations for the four of them to split equally. No Med-X was found so Nova was still going to have to buckle down for those withdraws. With the whole family now tied up Gwyn, Wilkes and Beckett all took turns through out the night staying up watching the hostages. Nova was to get rest for her pain was too much to bare. After several rotations, Beckett grew bored of watching the prisoners and went to look into her ruck for something to do. She pulled out the Pip-boy that she borrowed from Hancock.  He wasn’t going to be too happy when he got it back with damages from the raid. A few scratched and a crack in the screen, but she pops in a game and began to play. Wilkes slowly wakes up from the noise coming from the game. She rubs her eyes and raises a brow.

Beckett was into the game and smiles “Oh, Hancock let me barrow it a while ago.. actually I just kinda too it.”

Wilkes grumbles “You Idiot! We were lost! We could have used those to get the help we needed!! We just took over a damn farm house and blew some guy’s leg off!”

Beckett chuckles “Yeah, but it was cool, huh?”

Wilkes wanted to kill Beckett. She gets up to go and check up on Nova and Gwyn. The two were fine, just sleeping still.

“Beckett. What time is it?” Wilkes asks a bit irritated wit her.

“No.. but it’s Halloween… We are going to miss dressing up and getting candy tonight.. I worked hard on our costumes..”

Gwyn just woke up from sleeping on the couch by the prisoners. She looked at the two Cadets. Both were pretty sad looking, and at this point… They all just wanted to go home. Gwyn plopped her beret on her head and goes to join them. She stepped over the sleeping prisoners and had a seat at the table with Wilkes and Beckett. Beckett placed the Pip-boy down and sighs.

Gwyn gave a sigh and looked at the two girls. “I think the man passed in the night due to blood loss or shock. I don’t want to give up our shelter.. but I need you two to go and get supplies.. I’ll watch the home front here.”

Wilkes nods “You got it, just give us the shopping list.. we’ll go right now.”

Beckett sighs “Ugh.. Now? But I hadn’t finished playing Zeta Invaders.. I- Fine… Let’s go.” She huffs and puts on her blouse a bit annoyed.

Gwyn smiles “Thanks, Beckett. Grab what you guys can. Anything will help.”

(PS: I lost most of this story due to the page crashing.. it’s a little less detailed and kinda sloppy in my opinion.. BUT part two will paint in more details to this story Thanks for reading!)