Endeavors Of Forgotten – Touching Down – (VIII) 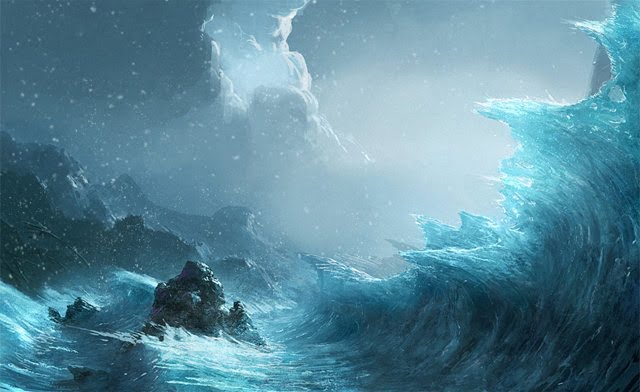 Update, the Battle Of Scarwelsh, Cadenziera has been rescheduled for May 27th 2021 due to personal schedule changes, my apologies

After the Nine Days Of Galactic Migration, the first day was rough but enlightening as many, realized that they didn’t have to adjust to the air quality, although they had two blue suns

Stacie would be taking damage control over the place unfortunately, today was also the day, they got her step sister back, however her step sister wasn’t exactly the same as before

Once her older step sister found out about people being left behind, she went back to what she thought Hellfiyno’s universal coordinates, unfortunately, she brought herself to a doomed world, which had the coordinates, expect the x and y were switched

So Skye went down and brought many places out there, determined to fix the problems with the place, bringing it back to the northern poles, again, she got the x and y switched, so she got the southern side

Stacie was now even more motivated to begin to work in the new world, using the old mothership for Skye’s transport across the universe and turning it into a satellite to scan the planet for mapping purposes

She would have it launched, early in the morning having it scan, everything before the water and the mountains, however she would sleep while it did it, but was woken up abruptly by a good beeping sound

She said that, it had been identified as the region of Vilwhi and the islands with similar flags to the first settled landmass, so she would send a letter up with a maid to her step mom’s chambers

“Now wherever the Amaka’ Isles settled is taken and once we have another carter, them thats taken too, I wonder if there’s a 2nd continent, however was have to send these to the guards to clean up our protection” Stacie said as she wrote in her journal

“Now we have to redesign our island defenses to conform with the tides, they sound like monsters, there worse then even the Helliyian Waters from the Island Of Persistence, like they roar worse than thunder..” She said as she continues to write into her journal

“However if design them with a certain angle, we can direct the current to create waves and waves of defenses, so we have to invest into careful crab fishing in the Ivesshdens Oceans, as the Pelragelitt Ocean is mostly needed by Hagistead and Amaka Isles, we are also going to be sharing the oceans with Asteroid Falls” Stacie said, finishing her writings, putting her ink pencil away before heading back to designing and watching the scans

Stacie would discover that there was a bit of separating land from Narworth “Oh that you would be wonderful for Asteroid Falls to attach land to and settle in” it was an island out there alone and then something would show up, something stating Biggest Island Of Kasea, after 205X

“Lit would you, give me a heat signature scan of the island, just to see if there are people there” Stacie requested from her satelite that she had worked her ideas off on to get it up there

She would watch as the satelite would find a small village living on the island and magicial geographic damage to it, meaning it was also an sky island at a time and was technically by the old documents, in violation of the code, unfortunately that only meant that they could also do some of Susan’s plan