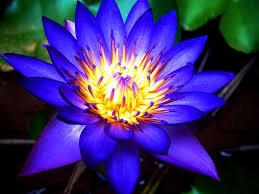 The stranger of this land crept into the Red Inn. What secrets would this place hold, and would this place be the first stop in the correct path of his journey? He didn’t know what to expect but he crept forward.

Ice blue orbs scanned the happenings of this peculiar place. Shoulder length silver hair glistened against the light of the bar. He made his way to a stool and slunk down. Jerry, the bar keep, fetching the man a glass of water. The refreshing drink cooled his tongue upon contact.

Eremiel sat there, just pondering where to start. He was half-fed a mission. The old dusty coat he wore grew heavier by the day. The tattered parchment tucked cautiously away in it’s pocket held only a clue.

As Eremiel sat, absorbing in the sights and sounds of this new found place, his eyes fixated upon a woman at the bar. She held a shocking resemblance to him. Same hair, same eyes.. She was drinking tea, and the aroma made no mistake of being shy as it filled the area. He watched her from a distance, as she scribbled in the notebook.

Then he saw it. The woman was drawing vegetation, it was a flower. A daisy looking flower. This had peaked the man’s interest as he approached her. With a swift introduction and a seat at the bar, they began to talk and discuss things, but the peace soon wore off.

Dwarves returning from battle singing songs of glory and success, a peddler of captured creatures, among other happenings in the Inn became too much for the two to continue their conversations. Eremiel had spoken to the woman of the plant she drew, in hopes she could show him where it was.

The lady, introduced herself as Chamile, agreed to take Eremiel to the meadow where those flowers grew. It was only the first step on the longest journey he had ever taken, but it was still a step.

The two journeyed through the woods and reached a small meadow, filled with the small daisy like flowers. But it seemed as though Eremiel was no longer interested in the daisy. Referring to the tattered parchment in his paper, he scattered about the meadow. He was looking for something very particular, but could not seem to find it. He glanced over to Chamile and spoke to her about the Blue Lotus Lily and if they even had them anywhere close to here. He wasn’t from this place and had no idea what they had, or did not have.

“Perhaps on the Southern Continent” Chamile informed him.

“Then let us go!” Eremiel was excited at any chance he had to find this. There was something special about the flower, but it wasn’t a rare flower. People probably have seen them many times over. It was special to him.

Before Eremiel could focus on where the Southern Continent even was, Chamile produced a coin, seemingly out of nowhere, and flicked it into the sky. Grabbing his hand, she pulled him with her through the portal which would hastily bring them to the Southern Continent. Eremiel stumbled out of the portal, quite unsure of what even just happened. His 6’5 frame seemingly covered in a cloud of flying insects. The air was thick and humid. This was a completely different land than where they were before.

Chamile lead the way. It was obviously clear that she was ready to pull her bowstring at any point in time. She was observant and cunning but most importantly, she was ready.

The heavy air had forced Eremiel to take his coat off as they wandered over the harsh landscape. Chamile had made slight comments of the wilderness and gave the impression that it could be dangerous. Eremiel wasn’t in position to be fighting, but maybe he could hide behind Chamile, if that came to be.

The sound of streams of water became increasingly louder and louder the further they walked. Eremiel would assume there was a better chance of finding the flower by water, as it was a lotus. Chamile seemed to be an expert on the land and the vegetation thereof. That added comfort to Eremiel’s mind. If anyone could find it, it was probably her.

They soon came to a point where the water was visible. The sun was setting and the moon’s first light was dancing atop of flowing streams. Patches of various vegetation scattered across the site in front of them. Eremiel looked to Chamile with a smile on his face and began to sort through whatever was in front of him. He scurried back and forth, his eyes focused on the ground, but it wasn’t too long until his fact started to show a bit of sadness.

He was looking, but had yet to see that Lotus he was looking for. He trudged back to Chamile before remembering something. Luckily for him, Chamile had convinced him to hold onto his coat as opposed to discarding it on the ground as they journeyed towards this place. He reached into the pocket and pulled out the parchment one more time. Slowly, his fingers traced over symbols drawn upon the pages. “Yes! That’s it!” the man exclaimed. Chamile was probably completely confused at Eremiel’s erratic behavior. That wasn’t his top priority.. at least not now..

Eremiel sank to the ground, crossing his legs over. He sat directly infront of a small creek, flowing through the ground. Now that he was sitting down, the parchment was placed in front of him. With his back exposed to Chamile, she would see two streams of thick silver liquid slowly flowing from beneath either one of his shoulders. She would ask what happened, but it seemingly fell on deaf ears.

A low chant began to rumble from Eremiel’s lips. The language was one long forgotten and was almost hypnotizing. As he continued to chant, the blood from his back flowed even more freely. The silver colored essence poured from his back and began to form a circle around him. A small stream would soon escape from the circle, creeping towards the parchment. Upon reaching the parchment, the blood would lift it and move it away, exposing a single green stalk of vegetation.

As the stalk of the flower was exposed, the silver stream crept up the stalk, encircling it. Slowly, the closed bud would begin to open and the blood of Eremiel would dance in between it’s petals until it was fully opened.

As the bud opened to its full glory, the moonlight began to poor into it. The silver stream that was seemingly everywhere began to glow hues of white and blue. Chamile, not believing what she was seeing, stood there. Confused, but in awe. The silver liquid then began to retreat down the flower, erasing the circle and crawling up the man’s back. As his blood reentered his body, his wounded shoulder blades began to close.

As soon as his shoulder blades were healed, the aura would be seen racing through Eremiel’s veins. What was going on? Is this even possible?

Before it was over, Eremiel’s head flung back. His eyes facing directly into the sky. A divine white light shot through the man’s eyes as he opened them. Eremiel twitched in pain and let out a thunderous scream as his body was lifted from the ground. The aura overtook his body, shedding his earthly clothes away. As soon as it came, it was gone. The aura dissipated and the man’s body was flung to the ground.

Chamile ran over, draping Eremiel’s coat over his naked body. She had reached down and checked his pulse while asking if he was okay. She was eerily calm in the situation. Eremiel smiled, but could only mutter five words, “I owe you an explanation.”

“Let’s get out of here” Chamile said as she reached back and grabbed her coin.

With a flick of her wrist the coin was tossed into the air. It bent the world around it, forming another portal, that would take them somewhere safe for the night. It was a quaint home surrounded by wilderness. It was much more spacious on the inside from what you would think about the outside. It was Chamile’s home.