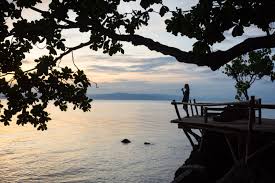 A/N:Sorry For a Short Post to the next chapter so let’s see if Part 2 can redeem it

As If The Mornings Sun’s rose up to shine over the Docks to Hagistead, on the Hill Of The Pinkadow Purchase, inside of the house Amelia would be mediating in the former room of her 2nd Daughter

“Whatever they have planned, they will fail this time” A Spiritual Ghost Of Ava appeared before her granddaughter

“How did you fall that day? How did you know what to tell Rylie..” Amelia said looking down at Rylie’s Sythce

“Your Mother knew they’d be coming just never expected it, they ambushed us from the water and slaughtered us…” The Spiritual Ghost Of Ryan said to his daughter

“Now the Enemy has slaughtered my adopted granddaughter, driving Abigail to a new version of trauma” Amelia said to her spiritual Parents

“Even if Abigail losses a daughter, she will presit and it’ll hone out Lily and Yulia to become stronger through Skyla’s teachings” The Spirit Of Ryan said to his daughter

“Abigail shall get Rylie’s weapon and fight in the next battle, you need to find the orbs and use them..they are yours” Ava said to her daughter just standing infront of her

“Rylie is gone though, my children live me and I haven’t seen Susan in years and yet my children still want to help there niece inn-law and nephew’s settlement and me” Amelia said having no hate for what her Granddaughter Inn-Law and Grandson created just mostly worried

“Susan is strong, she has been for most of her..when she is ready..she will take Rylie’s room with you as you shall out live your grandma who isn’t dead yet..she’s 101 years old though and has 2 Daughter” Ava said to her daughter

“When Abigail was born, all of Kasea was mostly flooded the continent/region until there was smaller islands and Abigail’s Paradise Island” Amelia said