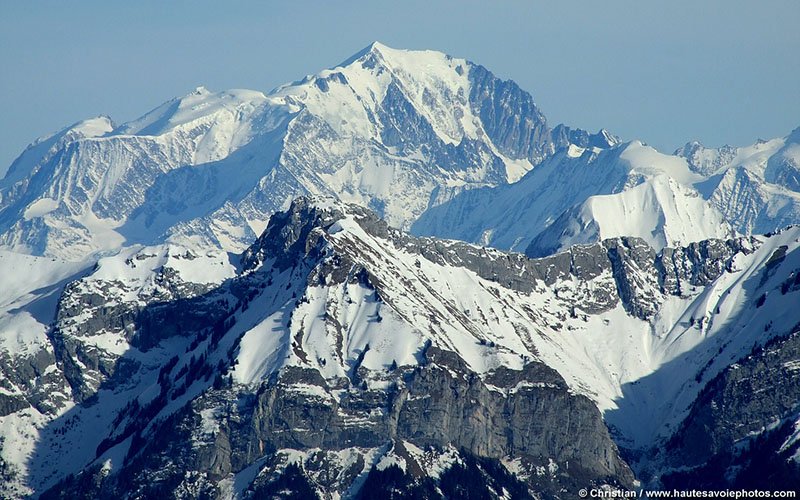 (This takes place on Earth; he were technically 18, whilst beginning his stuck-at-16 life forever. Exact geography isn’t exact either.)

[The day was brisk; an early morning chill swept across the barren rocks of grey and white, down the slopes of the mighty colossal mass of stone that stood proud over its Kingdom, of jagged pillars and narrow passages. Caves showed their gaping maws, teaming with echoing, billowing sounds of an eerie nature, howling with the winds from the outside world that crept into the crevasses and swept foliage and morning dew into the murky depths below. The sun peeked over the open horizon, casting a mighty shadow over the desert on the far side, snow and frost flakes alike glistening in the early rays of warmth, that would stand the test of time against the overhanging orb of light, the cool mountainous air forming a shield of sorts, keeping the air at that perfect winter chill. At the base of such a mountain, where the snow-filled forest of Spruce began to fade, and the rocky outcrops showed true, one could see flocks of birds escaping the canopy, trees being brushed by an unnatural force of speed, momentum, and freedom. Underneath the canopy of green and white blends, one could briefly see something moving; something quick, something speedy, something adventurous, something…young, surprisingly. And all at once, by the edge of the tree-line, the pacing form stopped, taking on one single foot, and in a hefty bound, suddenly flew out from the canopy and into the early morning light, branches and trunks parting in the wake of such a rush of momentum, the sun clearly defining the 6 foot, plainly dressed form of Kaler, who seemed to be having a super fun time enjoying the scenery, leaping into a backwards vertical flip some many many metres into the sky, easily moving at a pace faster than Sound, aiming to land on and scale the mighty mound of old Earth. The wind in his hair, the early rays of Sunshine hitting his skin, warming his soul, paying no mind to sub-zero temperatures, and the rush of adrenaline; he felt so alive!] “Wooohoooo!!!!”

[That rush was so much more than a simple wind chill, so much more than just jumping into the air, than taking your first ride on a bike, or going on your first inverted roller coaster. No, /this/ was adrenaline, this was speed taken up a notch, this was the feeling of freedom, the feeling of endless adventure ahead, endless possibilities presented to the mind of a childish, curious boy inside the body of a God at best. Flying through the air he went, his skin-tight clothing standing up to the wind with ease, soft locks of silver flow back in the open skies, and gold irises of energy peered down as he descended towards the mountain slope, ready to make a beeline for the peak upon touchdown. A perfectly executed arc of flight, or rather leap if you will, with that slow, backwards spin which had him looking upside down for a moment, eventually arced downwards, down, and down, and down, until, the soles of his blue trainers made contact with the snowy incline, a rough, squeezed /crushing/ sound from his impact against soft, powdery snow, remaining still as the rush seemed to…stop. Time itself almost slowed down from the decreased momentum, and for a few seconds, all was calm, peaceful, as it were in nature, the winds lapping at his body which knelt with one hand against the powdery white flakes, as if prepared to run a 100m sprint. And then, as soon as it had stopped, it begun again. Pushing himself off of his rear, right leg, and arching his form up to launch, he kicked and pushed up off of the bed of snow and rocks, and made a mighty dash up the incline of the Mountain, creating in part a small Sonic-Boom shock-wave in his wake, rupturing the stillness of the mountain side and the snow which proceeded to scatter in clumps and waves, beelining it for the peak, laughing the whole way up and then some]

[The mountainous region in question was in fact somewhere on Earth; the Alps to be exact, and he was currently scaling Mont Blanc, the Alps’ 4,696 metre colossus from bottom to top, by just plain running it. But he was no human mind you; no ordinary hiker, no man with a Helicopter, no being with sense of fear going up this imposingly tall peak. No, Kaler was an Alien to this world. An Alien bathed in the light and energy of the Sun; the young, bright, golden ball in the sky, sending him comfort, calmness, wisdom (in a way), and a never ending strive to keep moving, mostly. Other times? He may be lounging in its rays in some park back in England -whenever it’s /not/ raining- but now? He felt that strive build up again, the strive to scale a mountain no less. Simply to push himself, even if this wasn’t his full self; he actually disliked doing that, it made him fearful, fearful that he’d hurt everyone around him. So? What better way to let off than climbing a hecking mountain?]

[The scaling of the peaks had begun, all with that single step off from the incline, the boom of super-sonic speed ringing out before simply vanishing with the wind, as did he; all that was left were a small cloud of picked up snowflakes that were wisped away with the wind, all the while from that position, one could see a faint figure getting smaller, and smaller, and a trail of fast-paced footsteps trailing behind. Back to Kaler, the boy had such a giddy look of exhilaration on his face, a look of happiness and content to be up here, in such a fresh, nourishing atmosphere, so cool, so cold for normal people, but a breath of fresh air for him. Right, left, right, left, right, left, to and thro the arms and legs went, taking rather long, super-powered leaping strides, but also akin to sprinting, up the incline of the mountain; it were amazing he hadn’t slipped off or fallen yet. Footwear consisted only of simple-looking, blue Nike trainers, though they too remained undamaged under the immense strain of steps and leaps that took his body higher, and higher, and higher, breaching the point where most people would’ve fallen due to lack in Oxygen; contrastingly, he seemed to not exactly “breath” much at all. Jagged rocks stuck out in various degrees of accuracy, from the side of one slope of Mountain, staring out onto the open valley beneath them, like guard posts, or Gargoyle stands. Making a bee-line for these in particular, Kaler sped up his strides, before quickly pivoting his body upwards slightly, performing a small; well, not-so-small super hop; upwards to grasp at one of the peaks of the spines that coated the mountain, and lifted himself upwards in a surprising chin-up of strength, launching himself feet-first at another]

[With the next one came his feet, firmly planting against the overside of the rocky formation; a split second later, he launched /again/ to tap a 3rd outcrop with his bare hands, and immediately flung himself at yet /another/ outcrop; and another, and another, and another, before reaching the very last before the home stretch to the peak. This one, he grasped with both hands, and instead of pushing off of it, he held onto it in a sort of bar-hold, proceeding to in fact, spin himself around on it, as if he were a gymnast! Round, and round, and around, and then-] “FWOOSH!” [Up into the skies he was launched! Still following the steadily thinning and steepening incline to the peak layer up above, he in fact flew, /feet-first/, through the air, as if it were child’s play; a hand of his curiously lent down, mid way through his flight, to trail along the thin line of snow, sending out dual-gusts and clouds of white from the pushing force of his fingers. And soon enough, came the big finish; the finishing line, the end of the race, the big finale, the peak of the mountain was there. And just like that, with one final push, Kaler’s form was sent swooshing up, just past the peak, and into the thin-air above, before it seemed to simply come to a stop. No more movement in general, save for normal body movements, simply staying…static, hovering if you will, but upside-down]

[One could only imagine what it must be like, being in the body Kaler possessed. Sure, some beings did have wings, super enhanced strength, sight to see beyond what was normally possible, the ability to conjure up lightning, etc. But this? This was on a whole new plain of existence. Everything, whilst confusing to his mind, felt so….free. Everything the average human wished they could do; flying, seeing things no one else could, doing things others couldn’t; the rush of…invulnerability. The rush of running up a 4969 metre mountain and not taking a scratch to the body’s health; the sensation of speeds never thought possible; the feeling of warmth, the flow of energy, the momentum, the power behind it; and yet, the calmness of things. The serenity, the joy, the comfort, the calmness; and it all stemmed from that big bright golden orb in the sky. And here? He got the most spectacular view. Hanging upside down onto nothing but his own will, eyes looking down, up, and all around him, the valleys below, the crystal-clear blue skies to space above; the clouds which rolled on by below; and the Sun. The beautiful orb in the sky; his reason of being if you will. His whole motivation, the source, the battery, the….the soul. All of it flowed out from one, single object. And it made him feel so alive]

[Then came the somewhat sad part to the tale. Where should he go now? He had….no were truly to go. The parents had been dead for 2 years as of now. He’d been given homage, an orphanage if you will, for the supernatural. But did he enjoy it there? Not really. Much more of a doom and gloom kind of atmosphere, than was originally entailed. Did he break out? Not exactly…well, sort of. Rather he sort of walked out one day. No one could do much about his care-free attitude at some points in his life, coupled to his excessive strength. Not that he ever really fought anyone, no; he simply told them he hated being cooped up like that, wanted to be free, to just live how he felt he should live. They accepted, though it was a strange life at best. An audible sigh, for no one but the wind and the Sun to hear, verbal language that flowed off into the cool, mid-afternoon air. Sometime in the forest sounded like a good plan. He always enjoyed them the most of places; nothing to do but wander around groups of twisted, stalked trees and paths strewn into the mud and leaves of Autumn. So there he went, pivoting his body around so he hovered vertically for a moment, then, simply blasted his form up into the sky, then arced around and started heading lowly North, back towards his hometown in England. What he didn’t realise, is this would lead him to the very lands; very Gatelands; which started it all…]