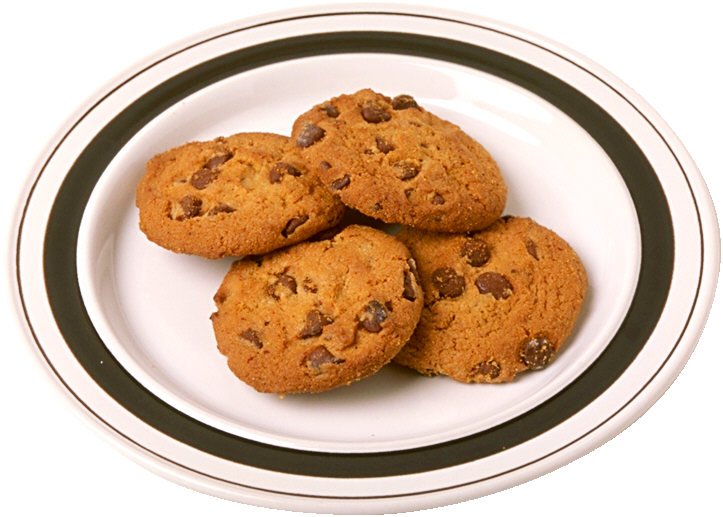 All that was, had been, and would ever be swirled around Freedom’s head as he climbed the astral stairway leading to his destination. He couldn’t help but glance at it in passing, and marvel at Fate’s ability to keep track of it all. He supposed it was easier if you truly were Fate – omniscient. He would find out soon enough, though, if Fate were omnipotent as well. At last, the floor panned out, and Freedom found himself looking at a figure in a dark purple hood, sitting by a chessboard. As soon as his foot touched down on the transparent floor, the figure’s voice filled his mind, avoiding his ears entirely and thinking directly to him.

The hood was slowly removed, revealing corn-yellow hair pulled back in a ponytail. Soft features: a button nose, a roundish face and a gentle smile met Freedom. It all seemed out of place, until he saw Fate’s eyes. They were the same unnatural blue as his own, shining with inhuman intensity. Only then was he certain, that this was, indeed, the man he had met in combat so many years ago. The man who, with a wink of his eye, had swept up hundreds of Freedom’s soldiers in a tornado, and with a wink of his other eye had split the earth to swallow hundreds more. The man who had ascended beyond godhood and become an idea.

Ädra Thornwill motioned. “Please, sit.” For the first time, Naervui noticed a chair opposite Ädra, one that looked identical to his. It even had Naervui’s name embroidered on it in gold lettering. Not his old one, not the one he’d been known by when he had sought to conquer the world, but the one he’d assumed after ascending beyond godhood. A mark of office, of status, in the celestial hierarchy, that stood him alongside such conceptual giants as Death, Delirium and their like. And yet…

Naervui sat, eyeing the plate that couldn’t seem to have been there before, but had also been sitting by Ädra since the beginning. Immediately refusing to think about that any further, he looked up at his counterpart.

“Biscuits and tea? Is that any way to greet an old enemy?”

Fate laughed. It was a terrible sound. Freedom wished he wouldn’t do it again. “Emphasis on ‘old’. We are above the petty squabbles of the world, Naervui, at least concerning the men we once were. Go on, have a cookie.”

And there it was, Freedom thought, reaching forward and taking a cookie – chocolate chip, he noted. “We really aren’t those men anymore, are we? Limitless ambition, the will to crush anything that got in our path to absolute power… it’s all gone.”

“Indeed.” Fate’s lips smiled, but his eyes did not. “I’m not curious anymore. Knowing everything’ll do that to you.” At last he seemed to take Naervui in, from shaggy hair to fur boots, and let out a long breath. “Of all the things to happen, this was one I’d never have foreseen without these eyes, but now that you’re here it seems like the most obvious thing. What took you so long?”

“Weren’t you paying attention?” Freedom took a bite out of the cookie. Homemade, he noted, and wondered if Fate had baked them himself. “The entire race of titans took me so long. It took everything I had to turn myself into a sword and avoid having my soul dragged to Tartarus.”

“And then you toyed with a young man’s soul as that sword, until someone stronger than you finally put you in your place.” Fate’s visage showed a hint of distaste. “You really were a nasty piece of work, weren’t you, Naervui?”

“Yes, were.” Fate sipped his tea, those blue eyes ever open and staring. If Naervui hadn’t been Freedom, he knew he couldn’t have held that gaze. “I was Ädra Thornwill, and you were Naervui Tathan. Now I am Fate, and you are supposed to be Freedom.”

“I’m still trying to find out what that means,” Naervui muttered, reaching for a teacup. “But it looks like you’ve got it all figured out. You always did seem to know what was happening at any given moment.”

“It may have looked that way back then,” Ädra answered, taking a biscuit of his own, “but it’s only been true for the last three thousand years. I’m old, Naervui, but compared to the original seven Endless, I’m a toddling child. However, I have had three millenniums to contemplate what being Fate entails. Look around.” He gestured at all of it – eternity, truth and possibility floating about, in a sky that went on forever in all directions. Anything and everything lay within his grasp. Naervui took it all in for a moment before his eyes snapped back to Ädra’s identical ones. The concept was grinning for real now. “I know you met with Father Time and Mother Night. So did I, all those years ago. Their reaction to both of us was the same: disgust, rejection, scorn. And yet, after all, here I am – a proper Endless, with a realm of my own, a perfect grasp of what I am and what I’m meant to do, and power. Power, boundless and incomprehensible to those that bow and scrape at the feet of petty little gods.” He raised a finger and indicated Naervui, that grin still present on his face. “Unlike you.”

As fast as thought, Naervui’s index and middle fingers went for Ädra’s eyes. And as expected, they met with empty air. Twisting from a standstill, he aimed a roundhouse kick at where he knew Ädra’s head would be. That kick, he knew from experimentation, could snap trees like twigs with its speed and power. Again he met with nothing.

“My, look at that. Even faster than you were in life… you’d be a force to reckon with if I were anything less than what I am. Unfortunately for you, I am what I am.” Suddenly Naervui was sitting back in the chair, biscuit and teacup in hand. Fate was looking back across at him, fingers steepled. “I might be angry, if I hadn’t known that little stunt was coming for three thousand years. You can’t surprise me, Naervui. And no, I won’t call you Freedom.” Faster than thought, Fate was gone from the chair, and when next he spoke, his voice came from all around. “You have no realm of your own, no idea what your duties are, and, as a result of those first two, no power to threaten me with – let alone the seven.”

Naervui tried to rise. When all he could manage was a twitch of his finger, the mirth he could feel flowing from the space around him set his blood boiling and eyes blazing. “Do you see? The greater your understanding of self, the greater your power as an idea. And you have barely begun to tap into what Freedom is – what Freedom means for you, for others, for the gears moving the world.” He felt Fate’s fingers run over the back of his chair, behind the nape of his neck. The idea stepped into view, a cold glare on his face. “And until you do, Fate – your Fate – is inescapable and uncompromising. Now know your own futility!”

With a dismissive wave of his hand, Fate sent the fledgling idea screaming through eternity, falling through innumerable realities and worlds at a horrifying speed until at last Naervui collapsed, gasping and choking, dashed on a beach that, like Ädra’s sky, stretched on forever. Lying on the ground, coughing up sand and water, he saw a pair of feet – Fate’s – move to stand beside him.

“You’ve seen it, now. Tasted the power of an Endless.” The cold voice drifted from above to the music of the waves lapping at the infinite shore. Naervui could only cough in response.

Fate crouched and lifted one of Naervui’s shaggy brown locks of hair, clear sky-blue eyes meeting bloodshot ones. “You’ve been to see Dream, yes? Lucky for you. Others among our not-siblings would’nt have been so accommodating.”

“He was honest with you, which is more than you deserved, you silly sod. Still, you’re one of them now… one of us. And you have a job to do, hazy and vague though it may be.” Fate extended a hand, the grin returning to his face. “Come. I’ll help you get this new state of being off the ground, give you a little insight into what you’ve become.”

Naervui reached for the hand – and smacked it away. A snarl twisted his features, and his eyes blazed with indignant rage. “Don’t patronize me, Ädra. I’ll figure this Freedom business out on my own, or not at all.”

The elder concept chuckled, standing back up and brushing the sand from his long purple hood. “I knew you’d say that,” he said with absolute honesty. “The idea of accepting help from your old nemesis just digs into your pride, doesn’t it? Whatever pride you have left, anyway.” Taking a few steps forward so that the waves washed over his bare feet, Fate looked back at Naervui, who was struggling to his feet on the sand. “Very well. This job is yours and yours alone. Your first task: get off this beach. You’re resourceful, Naervui – I’m sure you’ll think of something.”

And then he was gone, leaving Naervui standing on the infinite beach by himself, looking out at the equally endless horizon. Behind him, an endless desert; above him, an endless sky. He spat into the tide and kicked idly at the sand for a while. Walking was ultimately useless, but it helped him to think. Setting off along the beach, his footprints quickly washed away by the reaching ocean, he pondered his situation. Ädra’s devise was simple but clever: he couldn’t be free of this place until he had an inkling of what freedom was. So he thought. And thought, and thought.

Hours later, little had changed, except for the tide’s having come and gone. Naervui sat on the beach, staring dully out at where the endless sky met the endless ocean. Freedom… freedom… he was Freedom. There, a basic truth to begin with. What else? What did being Freedom mean?

As he wondered this, out of the corner of his eye he saw movement in the sand. A little burrowing crab had come out of its hole to gawk at the giant, it seemed. Naervui looked down at it. He realized he was glad to see it, it being the only company he’d had since coming here. “Hello,” he heard himself say.

The crab danced back and forth, snapped its claws at him, and scuttled into the water.

Naervui watched it go, his expression thoughtful. He saw the tiny dents its legs had left in the sand, the home it had left, the ocean it had gone to explore. He remembered the way it had looked at him, how it had, in its own way, acknowledged him, and gone.

Moments later, Naervui, too, was gone.