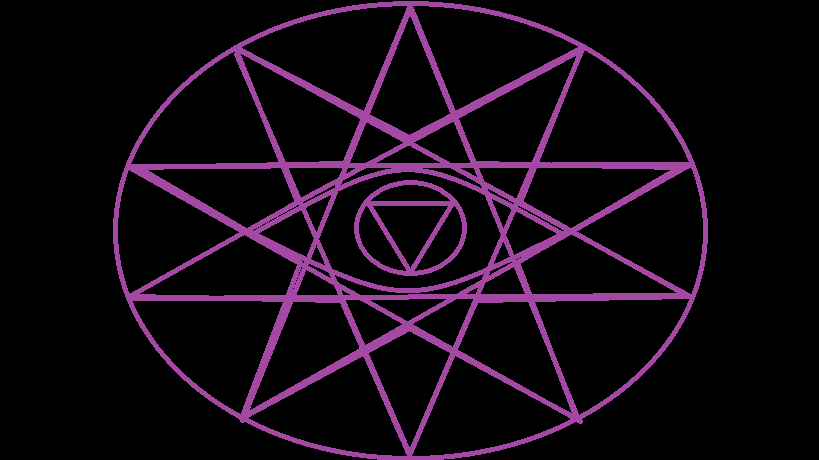 The time had come. Atticus sat within a brightly lit room before a large round table. A small glass of Zinfandel in his hand as the other rested on what appeared to be a control panel set within the arm of the chair itself. On either side of him stood an individual dressed in the finest black suits and magical fibers that money could buy. Each of these two men serving as bodyguard for the young aristocrat. Their clothing magically enhanced to provide increased protection. Their weapons hidden from view. Atticus himself, was dressed in a similar fashion. A dark grey over coat that sat over mahogany colored button up with black tie around his neck. His curly long raven locks combed and pulled back into a large pony tail that hung off the side of his shoulder as grey eyes carefully studied the table. He was preparing himself, mentally. This was to be a gathering of some of the most powerful families on the planet and he had orchestrated it. Anxious? Perhaps. Such an undertaking had not yet been done by any of his siblings and, as far as he knew, this would be the first of such an alliance. Slowly, he brought the glass to lips, thinking bittersweet thoughts of ascension and claiming his rightful place as head of house. If this venture did not prove fruitful, perhaps the other would? No, it was best to keep his mind on the task at hand. He’d sent the messages via familiars. The Raven’s, cliche as he thought the name to be, were excellent for such a purpose. Beings of shadow that existed between the stated of life and death. It was through them that he’d invited the others. Everything was prepared. His guest allowed to bring two guards to alleviate his home field advantage, alcohol, tobacco, and other such products had been ordered with staff standing ready to provide if asked. Hell, he’d even gone ahead and ordered snacks in the event that his guests felt peckish during the meetings. A series of cured meats and crackers. horderves, caviar, vegetables with dipping sauce and sweeter fruits and berries. The staff might be incline to believe that he was holding a party. After all, why else would Atticus go through so much trouble of making sure that everything on his island was so perfect? From the possible points or arrival to the divine levels of cleanliness. He was ready though. A small smile pulling on his lips. Perhaps he’d gone overboard? Oh well, let no one say that he wasnt one to go all out.
Lazarus Gideon Kishimoto
The shadows of the chairs and table seemed to writhe and crawl toward the opposite wall from Atticus, pulling together into a large splotch of blackness in the brightly lit room. From the manifested shadow stepped Lazarus Kishimoto, the last known remaining Kishimoto in the Hellifyno solar system. A long black metal staff with an embedded purple crystal orb at the top rested comfortably in the wizard’s right hand and it tapped against the floor with every few steps he took into the room. Similarly to the fashion of his host for the evening, Lazarus wore a dark black double breasted suit coat over a blood red button up with black tie, each made of conjured acromantula silk and trimmed in cloth of gold thread runes that boasted an impressive array of defensive and offensive personal wards. A black longcoat was draped loosely over his shoulders and stark white gloves covered his hands, breaking up the monotony of darkness but for the red ritual seal emblazoned on the backs of the gloves. Straight black hair hung down his past his shoulders, and after a short glance around the room that caught the brightness as a glare off of his orange sunglasses, Lazarus smirked, the point of a fang peaking from behind quirked lips, and reached up to slip them off, tucking them into his coat pocket. Slit blood red eyes revealed, announcing the largest clue to the man’s heritage. “Oh my. I do hope I haven’t arrived too early.”
Micah J. Wintersong (The Witch of Wintersong)
-Emerald gaze wandered the room as the witch entered, taking in the room and the occupants. Looking them over, she suddenly felt a bit underdressed, wearing her simple black tank top and black sweatpants, her feet bare. Shoulder length black hair had been pulled back into a high and tight pony tail, the sides of her head shaved down to peach fuzz, hints of black runes tattooed into her scalp. Several strands dangled beside those emeralds, a few feathers woven in. Her scrawny 5’4″ fame was dwarfed by the rainbow haired witch who accompanied, Delilah towering at 6’7″, and just as underdressed in a red tank top and emerald green jeans, rolled up just below her knees, and very heavily tattooed- Wintersong, as summoned. -The Whiskey Witch announced herself as she made her way to a chair and sat, Del remaining standing behind her and crossing two heavily tattooed arms. Micah set a bottle of cinnamon whiskey on the table and glanced to the other two grinning-