Home Get some rest.. 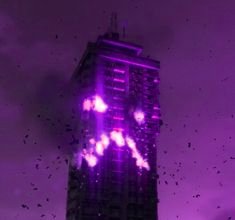 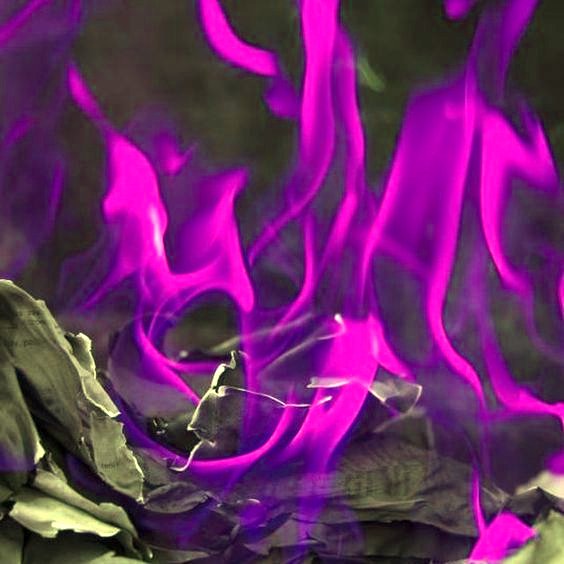 Being back home was strange.. It was rare for him to seek out rest at times, so taking refuge in the studio was not normal for him. After the walk with Azura, he decided that it would be best to leave Hellifyno to be able to recollect his unraveled mind. The arson he had committed was starting to get out of hand, even for his own taste, yet he could not get those emerald eyes out of his head. The way they ridiculed him when he spoke of his fire, the way that they had lit up with annoyance at him for the way he kept his problems to himself.

Soft steps led him to the colorful door that was passage to his studio. The key was stuffed into the hole and twisted, then the door was pushed open. He strode into the room and stripped off a leather coat, which he nonchalantly tossed over a reading chair, then made his way over to a floor to ceiling window. Violet eyes shimmered with boredom as they stared at the silent city that took up most of his vision. Burning his home town was not something that he wanted to do.. This was his safe zone, not one of the helpless victims of his rampage.

His eyes fluttered shut and he turned on the heels of his feet and padded over to the coffee table and proceeded to plop down. Crossing his legs, he reached over and pulled open one of the drawers and took out a few magazines and newspapers, then laid them out on the table and began to flip through them. Many of them had creased corners in certain pages, then in other places there were missing pages.

His fingers rested on a few different pages, ones that had celebrities and other important people like political figures. There was probably a page or two that had recipes on them beneath the pads of his digits as well. In a quick motion, he tore several pages out and began to wad them up into tight spheres, then placed them on a silvery tray that served purpose as the center piece on the table. The crumpled paper was tossed onto it and without touching them, they ignited with a brilliant fire.

Crackling and sizzling filled his ears as well as the gentle smell of smoke. It was relaxing to be able to see the small flames lick at the paper and air. Something that easily calmed the pyromaniac. Sighing softly, he leaned against the bottom of the couch that rested behind him and stretched his arms back behind his head.

He felt a sudden urge to drink. That was something that the phoenix did not do very often. Mainly just for special occasions, but there were the occasional days when he really needed a pick-me-up. It was always a bad idea when he craved alcohol. Didn’t exactly mix well with his anger nor flames.. His emotions tended to be either amplified or dulled down, could never tell which one it would be until he had that first sip. His mind went back and forth, trying to convince himself that it was a bad idea.

“Fuck it..” The phoenix muttered, then stood up to his feet and clambered into the kitchen to dig through a cabinet of spirits and pulled out a bottle of vodka. Seemed like the right choice for what was running through his head. Whatever may happen tonight would stay hidden from his friend and perhaps himself. It would be nice if he could just drink himself until he blacked out. That would mean that there would be little havoc to wreak… Or would it?