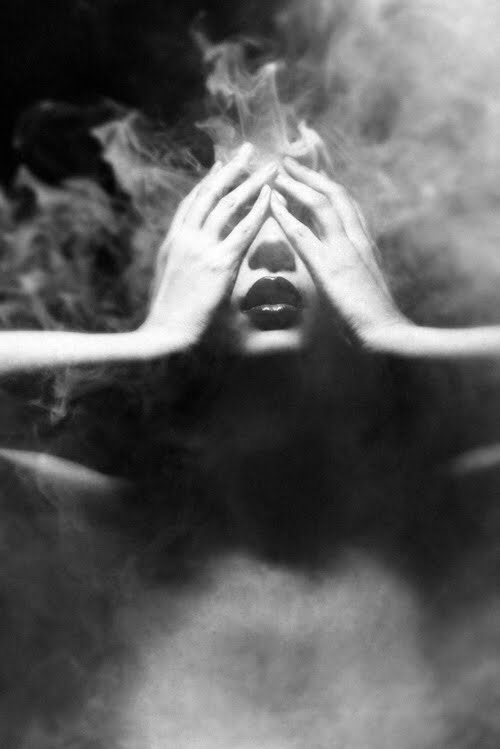 The space was dark and had that mildly fusty smell of stale air, heat and the sour tang of bodies- wet with perspiration. Although it was midday, no light came through the window- the thick drapes made the darkness complete but also, thick strips of insulation tape that had been applied along the window frames, adhering the heavy fabric along the edges.

Not one sliver of light got through.

This technique had been applied not only to the window frames but to the edges of all the doors, doubly thick about the door that led to the outside world. There was a sudden sound, a vibrating buzz accompanied by an electronic jingling tone that would indicate a page.

Just like there were others texts, other attempts at contact that went unanswered, the list of missed calls had hit double figures a while back. It was like an alarm, it cut through the consciousness of the occupant, the single tethering to a reality that had become confusing and dangerous and no longer could be trusted.

It was the lights that she couldn’t stand. The lights that were there even when she closed her eyes. Lights that sparkled and glimmered and hurt the eyes and reminded her of a hot equatorial sun at high noon reflected from the dimpled textured surface of still water.

That’s where the voices lived, in the light. In any light, even the dim glow of her cell or the thin strip of her pager, any glow and they would start again.

There were the low, muted conversations that would have her thinking a neighbor was playing talk back radio, quite clearly hearing the peaks, the troughs, the rising dipthongs of the Consequence accent. It would be present at all times of the day and night and she wondered why they would be playing it.

Then the thought started to soak into her consciousness that perhaps they were doing it intentionally, with the express purpose of making her think she was going mad.

Of course, they were pleasant enough, always there with a smile and a wave whenever they met at the elevator. Cielo could now see though that this apparent friendliness was all false and when she had left her apartment to get groceries- when was that?

Time was becoming fuzzy and inconsistent. She could tell- yes- the thoughts were clearly lay there for all to feel- they hated her and wanted her gone.

This situation niggled at her for days, was an intrusive and ever present thought that would have her pacing the floor and raving in a one sided conversation at what she would say to them when she finally did confront them about their duplicity.

It was easier at night of course- when the birds had gone.

They also were a constant annoyance, she could hear them outside talking about her. How they had suddenly converted to human speech she wasn’t quite sure, but the constant ragging was driving her to distraction.

Starlings were the worse.

They were like the mean girls at school, the popular and pretty crowd who would use their point of elevation and high status to make others feel miserable. She got sick of them and had lain traps along her balconies, cages with bread crumbs and cake leavings and when they stupidly stepped in would close about them.

It was always the starlings.

They had been so angry, screeching at her and calling her a filthy skank and a cunt and so, she had carefully looped tiny nooses about their necks and hung them from the balustrade. They hadn’t died straight away, some of them hung there by their necks for hours, flapping manically and struggling to free themselves.

But they couldn’t speak so the names had stopped and Cielo had smiled, especially a few days later when the stench of death consumed her balcony and the dozen or so cadavers had started to bloat in the heat and then attract flies. At one point they started to move again and then she realized as putrescent liquid and softened liquefying flesh had breached, tiny little bird assholes had opened to  send fat white maggots tumbling to plop upon the balcony surface, that in death there was still life.

There had been a knock at the door- could have been hours or days ago.

The banging had become louder and louder and the muffled sound of that man asking if she was alright and wanting to know what the source of the smell was. He should know- it was coming out of his mouth from all the nasty filthy thoughts that filled his head.

She could hear them whenever he was around, she didn’t need to hear the slam of his door to know when he was walking past hers- that running commentary of depravity, of what he would do to her, of what he had done to not only his mother and his wife but also his child.

At least she knew why his wife had left him and taken the little one with them.

It was obvious really. She doesn’t know why she didn’t see this at the time, and thought back to how she was so supportive and sympathetic. He had told her she had left him for another man but he had lied and ha!

She knew this now because she could hear him thinking it.

He should let those thoughts out of his head before they poison him completely and so had planned for the next time he decided to bang on her door complaining about smells and left the cleaver that she used in her cooking by the door. She could help him. She would let them out for him and then he wouldn’t have to worry about bad smells any more.

Was there light coming from under the door?

There was a shift in the dark and she groped for the thick rolls of duct tape that she had stocked up on. It was the silver you see. The colored backing that would reflect not only light, but random EMF’s, the insidious nature of wifi, the bad thoughts and most especially, the voices.

It was becoming difficult for her to move. She felt weak, she didn’t know why.  She crawls on her hands and her knees towards the door to the outside world. God had promised that he was giving her strength to get through this- she knew this because he had spoken through the television, during an ad. break and used the 7UP ad. to do it.

That smiling face where the familiar lines extolling the virtues of the soda were replaced with the insistence that God was with her and giving her the strength she needed to do this. To hole herself up in her apartment and wait it out.

But she was weak, and her arm collapses beneath her and as she lands heavily upon her shoulder, causing pain to flourish within that joint and rolls with resignation onto her back she knows then that God lies. They all lie. But she has to cover that light. She has to. Already it was letting in the voices and she could hear Abbadon and Beelzebub discussing her actions like she wasn’t there.

It actually was very rude and when she asked them to at least include her in the conversation, they had both laughed, ignored her and then continued to criticize her hair and how it didn’t sit right upon her head.

It used to be her best feature or so she thought, it was easy enough. She had started plucking it out a few hairs at a time until there were random patches of scalp showing through what used to be a sable glory. They hated that too. But at least she had given them something reasonable to bitch about.

Well, they had started up again, so it must be the door. It must somehow be letting light in. Her left arm wouldn’t support her now, every time she tried there was pain and so, with roll of tape clutching between her teeth, she dragged herself across the cool varnished floor with the right.

It felt harsh against her knees and created friction against greasy skin and the distance between where she had been slumped beneath the window seemed immeasurable. She was sure that it was just 10 steps but it seemed that she had been pulling herself along in the darkness for hours now.

The scriiiiiitch of tape being pulled free from the roll was loud in her head. It was taking up all her strength to do this and it felt like something was there preventing her doing it.

With a deep sign, a hand forced weight upon the tape, joining the now thick wad of many layers that completely surrounded the door, along its borders, following the gaps and spraying out like a supernova to include the architrave. So thick that it would be impossible for anyone to gain entry or indeed for Cielo to leave but that was ok– she knew she would leave by the balcony when the time came, dropping 10 storeys to get to the ground.

It wouldn’t  kill her.

She knew this because she had looked down many years ago from that balcony and saw that it was just a Lego representation of car parks and other buildings and that the tiny specks of people that were milling about below were just ants that had been placed there to complete the illusion. It was actually only a couple of metres drop. No problem.

And anyway, she had reassurances from God that this would be the case, that when the time was right and the yellow plague was gone and everything had returned to normal she could just leave via the balcony and it would all be ok.

She had reassurances from God but then sometimes…