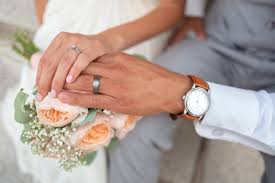 Credit to writers who joined on this day.

The Priestress would arrive first, she was very short so they had get her a stool so she can stand at the podium |

Alyssa would arrive with her mother to her nephew’s wedding, with her two daughters and son in-law as her actual son was going to be a groomsmen and she waved to her sister who was the Priestress and took her seat in the Groom’s Family Seating Area*

Soon Myles and Amara would arrive, taking their seats with Alyssa, he was happy to see his nephew getting married, he knew that Xavier had went all out for his son and daughter in-law*

Kelsey would arrive with a camera, it was high tech and she was ready to memorize this for her brother as her parents were on the sidelines with her grandma, however Dr. Mars Bluefeather and Venus Bluefeather would arrive to the wedding and take their seats in the groom’s area•

“Where is all the people with roles? Places?” |  Sierra asked as she wanted to get this wedding done so her nephew could enjoy it |

Soon from both the Bride’s and Grooms families, soon the Bachelorette Party would come out, with Amethyst infront, then Greta Red, Dr. Unity Wesker, Shannon and Naos, then finally Gold would all get into their positions

Sierra gave a nod to Gold as she nodded to Cyan and Onyx Silvermoon Everston, to get the rings ready as you could see Morako bringing the flowers out

Mikayla simply smiled seeing her family and another being able to come to together to plan this wedding.

Following the Bachelorette’s Party, was the Bachelor’s Party, first came Strider then Neptune then Xavier, then Krystal and finally Kyle as they walked up to archway and got into their actual seats

Sierra got a nod from Shannon to start it as she spoke | “Family and Friends of The Bride and Groom, we are gathered here to wed Gold Everston and Kyle Nagihira as one and bind their souls together so they may not love another after this for the truest form of their love” | Sierra paused | “Gold and Kyle have been together for the last 3 years struggling together through some of the hardest things everyday to hold their love and Relationship together””So do you, Gold take Kyle to be your husband, to have and to hold through war and dark times, to build a family from your love and to unite your two families as your future child’s family should you choose to have one or many” | Sierra said |

“I do” •Gold said, being given the ring so she could put it on Kyle’s finger when he was ready•

Naos and his family were sitting in their seats watching and smiling.

Sierra began to speak to her nephew | “Kyle, do you take Gold to be your waffly wedded waifu, to share the harmony of life with her everyday and to comfort her when she thinks about how many weren’t able to attend because of their passing” | She was referring to Kyle’s Uncle Jasupa and Gold’s Mother Stacy |

Naos would transition everyone inside then walks over to Sierra. ” How do we want to do the photos.” He asks Sierra.

“Groom Family first, but let’s wait five minutes so they can have their moment” | She said refrerring to Gold and Kyle kissing |

Suddenly a wind would begin to breeze, the building wout give a small shake as the door opens. Sometone had entered…many havn’t seen this man since the warriors. Jasupa son of Issol had just entered, his beard grown red and fiery with great thick tendancys as he watches the two lovers kiss* “Hm” *He gives a soft humm looking around and chuckiling8

Jasupa had looked down as Kelsey had cam and hugged her uncle, he chuckles more pressing his hand to her head to her head before the other to jump into the hug* “Wow…all three of you have grown so much” *He says  breathing heavily but slowly*

*Kassie, Walker, Jinn and Leona would also join in the hug on their Uncle*

“By all the gods names…so many. I’ve missed so much” *He says being hugged by a mass of children, his arms spread wide as he was a huge man hugging them all and placing kisses to their heads* “Its all nice to see you, you are all lovely birds.”

He nods to Sierra and waited for Gold and Kyle to have their moment. Then his  eyes that he put an arcane illusion over them to make them Maroon instead of their glowing blood red with slit pupils and black sclera look, gaze at the male that entered.

*Jasupas eyes of the greens forests range far around the area, his chuckles almost grandfatherly but he looked so young still…it hadn’t seemed he aged a day. Jasupa then looks up to Kyle and raises his hand for a shake* “And you must by Kyle and…well Gold his lover”

Sierra simply held her head looking to Alyssa to get everything straightened out quickly, as she spoke to Jasupa | “Death must’ve taken away your memory that this is your nephew’s wedding, now let’s..get this done”

Kyle shook his Uncle’s Hand• “Yes she is, she’s also your Niece In-Law now” •Gold took Jasupa’s other hand and shook it•

Jasupa looks to Sierra, he scattered the young ones placing both of his hands together and looking to Alyssa with a soft and warming smile as he responds to Sierra* “Death is a lovely place. It is not te be found or recognized but only felt and seen.” *His long and firery flowing hair blows through the winds softly, his body statue now very muscular compared to before. He then looked back to the two.* “Well I am glade to my both” *In respect he kissed Golds hand and nodded to Kyle* “Now! don’t let your uncle ruin your wedding day, for it is your day”

Alyssa stood up, looking at Jasupa and giving him a nod trying to herd the Groom Family into positions*

Stella was in the kitchen helping the other chef’s prepare and make the buffet meals.

Cyan and Onyx were standing next to their tall father. Naos.  Naos nods to Amethyst ” Stella will have it come out soon as the photos are done.” He says to her.

*Alyssa and the Groom family would get into Position as Justice holding Strider on her hip regardless of how old he was, soon everyone was into Position*

“Bride Family!” | Sierra said as the Groom Family scattered all but Kyle and Gold |

The chefs bring out the cake and set up the buffet table.

06:46PM•As Amethyst was about to question little one from Kelsey’s lips as Gold brushed off whatever she was about to say• •Kyle• “Let’s do this babe” •Gold nods taking his hand and walking up to the 5 layered cake• “How we wanna cut-” •She felt Kyle put her on his shoulders so she could reach the top as she was handed a knife to cut it•

Whilst everyone else did this, Ilona and Ronnie would proceed with setting up fireworks and some would put Kryptonite by 3 doors down on at Kelsey’s request |

*Jasupa woudl leave his wifes side, his hair flowing lushsly through the sky as his hands pressed behind his back. Walking up to his daugher his hand pats her head for a moments before leaning down and whispering into her ear. Eventually Justice smiles letting her brother strider from her lap*

Cyan and Onyx began to eat their shared cake happily.

*Strider would look up to Kyler, his young face quite tender but a little devil he was at some points. His head nods as his oaken brown hair follows his head* “Yes sir” *He says showing some grown manners he was taught by his mother and father*

06:59PM*Alyssa nods to Jasupa, letting him take Strider to the table telling him to just put Strider on his lap*

J*Strider gets his plate of cake, his smile raises as he goes to sit back down next to his sister but before saying thank you. He skips for moments before sitting by his sister. Jasupa simply stood and watched everyone…this is how much he missed while he was on his break. Strider then takes his fathers hands and both go over to the tables sitting

*Yeliana and Travis smile to the young man as they sit down and chat, soon Justice and Alyssa come join them*

Soon everyone would be at one table, the massive circle table as the fireworks begin to go off as Gold and Kyle would raise their drinks which looked like wine glasses• “To Family, Friends and many more years”

” To family, friend and many more years to come.” As the eight of them raised their glasses.

“To Family, Friends and many more to come” •5-6 People also raised their glasses•

*Jasupa smiles taking his hands and placing them to the back of his head full of long fiery hair, he leans back in his chair looking to the two wedded couples. He sighs softly, both of happiness but of something seeming to be missing. His eyes give a soft shine of green as his eyes become some what lazy*

Naos and Stella smile at the announcement.  Then he took a moment to think of those who couldn’t be there.

*Jasua smiled softly then taking his wifes hand for a moment rubbing his thumb against the palm of her hand. Then he kisses her cheek softly still holding her hands and whispers back to her*

| Someone put on we didn’t start the fire |

*Jasupa gives a small chuckle. Strider in one of Jasupas hands and his other arm wrapped around ALyssa softly. Usually he wouldn’t eat but this time it was different*

*Alyssa when was she done whispering to her husband, noticing Travis bring a plate of food to Strider that wasn’t sweets*

*Alyssa put her arms around him as Travis spoke* “Of course, anything to help Yeliana out”

“Nice young boy, go enjoy yourself and eat well.” *Jasupa smiels before closing his eyes and feeling Alyssa’s arms around him. A chuckle escaped from his mouth wrapping his arm around her again*

Naos, Stella, Rain/Anna, Ula/ Venatus Cyan and Onyx. Walk to the fire with Gold and Kyle.