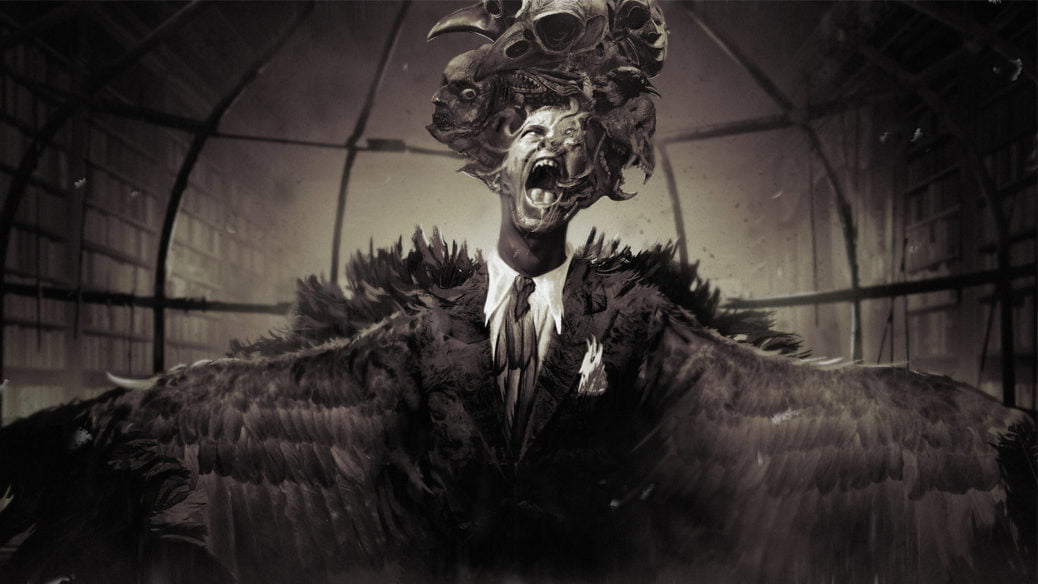 Last night the saga of the Golden Death Cloud of Hellifyno took a turn for the weird.

The MoP HaIrEd Boy, now self proclaimed king of the FaE, brought an army to the city of Consequence. While a chaotic maelstrom of nonsensical violence was unleashed on the city, PuCk himself used the FaE hAMmer to smash through reality, allowing the essence of the FaE realms to breath down into our world.

This was represented in the form of a cloud, but one, not of gold, but of green. And rather than bringing death and melting mutations upon the flesh, it brought insanity upon the peoples.

Within the hour, half of the city of Consequence was suffering from some form of mental illness. These range from minor maladies of paranoia, obsession, depression or mania, up to the most disturbing and violent forms of psychosis and schizophrenia.

Unfortunately, this was not an isolated incident.

Throughout the night more of the green Clouds Appeared, some in random, uninhabited locations. Others directly over major cities. The following is a breakdown of the major metropolises.

Consequence: 50% of the cities population is insane. The rest are hiding in fear. Mad FAE have descended upon the land and cause seemingly random insanity to take place.

Persistence: A green cloud descended upon this city almost immediately, causing 40% – 50% of the population to go insane. Random FaE effects are occurring here as well but the FaE have not actively descended upon the city.

Twine: The city of Twine, under the auspices of their now mad goddess the BuTcHEr KiDA, has gone, as far as we can tell, completely mad. We have few reports actually coming from that land, but from what we can tell the population is at war with itself and the world. We’re seeing Fires, and the few reporters we have sent in only sent back ravenning lamentations as their final reports.

Sprout: When reality was broken, the Golden Death Cloud around Sprout turned hazy green. This increased the already psychotic effects upon the populace, however they are still protected by the replacement Hyandrian object, and so their situation has remained larGely unchanged. If anything, the lack of golden death has caused a resurgence of life around the city, though it is all strange, and twisted, consisting of colors that should not be and shapes and forms and functions that cannot be.

Paracosm: A green cloud of insanity appeared directly off the shores of this island nation earlier today, sending streams of madness crashing down into the waves around it. The after effect is that the marine life around Paracosm has gone completely insane, whales are flinging themselves at people on the shores. Sharks are attacking ships. Sea monsters are hurtling great boulders onto the land. And krackens are randomly waKing from their ancient slumbers to laugh and cackle and create tsunamis that surge out in random directions. Insanity has also effected about 10% of the islands population.

Hyandria: The portion of this realm now connected to hellifyno by portal has become inhabited by trillions of FaE. These beings have brought a prominent green glowing cloud with them that has filled the land with a surge of insanity, infection nearly every being still living there. This Has resulted In an onslaught of nymphomaniac degeneracy fueled by violent lust and rage filled need.

Improvidence: This realm, largely destroyed, now consists of a few hold out caverns, where people huddle against the golden death. However, the melting hate of that cloud has now turned to the more insidious wHispers of insanity. In light of this some of the peoples have emerged, embracing the madness as far more preferable than the oblivion that awaited once before. These peoples delight in the crazed violence of thIs new aGE.

Ar’Elis: The Golden Death Cloud Just South of this city has turned green as well, and expanded acrosS the continent. Ar’ELIS is subsumed in madness and its peoples now unIVersally ReJoice at the AsCeNdanCY of the CuLt of NymphLY DEATH. ThE OCOTpUsEs ARe EAINg The GraIN and STARs ARe hurtig me why oh WHy do  do this TO thINgs ThAT DON’t otTer? WherE IS MY OTteR? WhAt ARE yOu NOt TelLinG me?