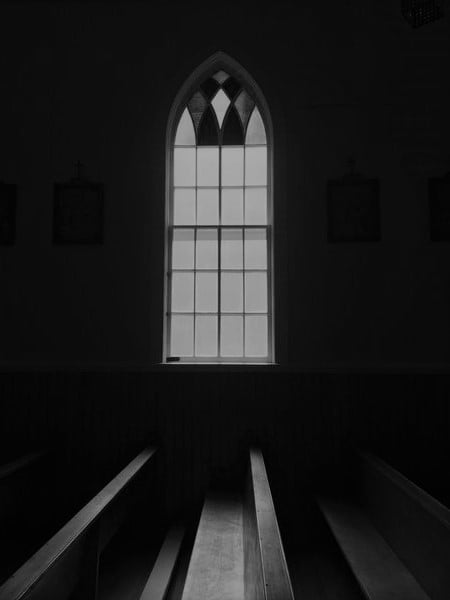 It should have hurt, that brutal hit of her knees to the planks of wood on the church floor, but in this moment of desperation, they were as numb as the frame that held them in place. Fingers threaded tightly between themselves, pressing against rose-stained lips. She mouthed the words that refused to spill forth for so long.

“Our father, lord in heaven…..” her breath hitched against the tight binding of grief in her ribs.

Pray for me, Tulip. He’d begged of her once upon a dreary love story.

Pray. What an idiotic thing to do…Pray for a preacher. Pray for the man who professed unconditional love in a spew of lies! Pray for a man who left her with an envelope in Paris and nothing more. Sure, she’d pray – for his death, for his face in front of hers, for his laughter at her side. For that unyielding way, he took her, body, mind, and soul. For….. Shit.

Once upon a sad story, she’d found him worth screaming at, by the top of her lungs while swinging a tire iron. Of course, it was worth reminding him that she refused to believe until the end of the world ever meant something between them.

“Fool me fucking once!” She cried as a wide flay clipped his shoulder. “Shame. On. You.”

Jesse Custer deserved it, after all the shit he’d dragged her through, promising to keep her by his side. But it was a foolish notion, that of forever. At the first sign, he’d walked away from her life as if she’d been nothing more than an afterthought. After claiming her body and soul and telling her that the triplets of fate threaded their lives, he was the kind of man to u-turn. A man of the cloth, of stiff white collars and southern hymns…he wore nothing but a dirty, filthy lie. His church was nothing more than a geyser of sin and pain.

As the color of leaded glass stretched across the floor, she prayed – prayed for her soul, for a mended heart, and strength. Strength to do the one thing she’d always told herself was most vital in life. A woman needs to know how to be strong and stand on her own. The only lesson she learned from some nose-candy fiend of a foster parent.

And she’d be damned if that prayer didn’t start her on a new path, a path to New Orleans to meet a man who’d inquired about seeing a minor gambling issue of his on the other side of a bullet.

The last church stop, 2,446 miles. Ten refuels. Five nights. Fifteen meals and a few pit stops, it seems, is the exact formula it takes to finish crying over a man she spent too many years chasing down to eat alive.