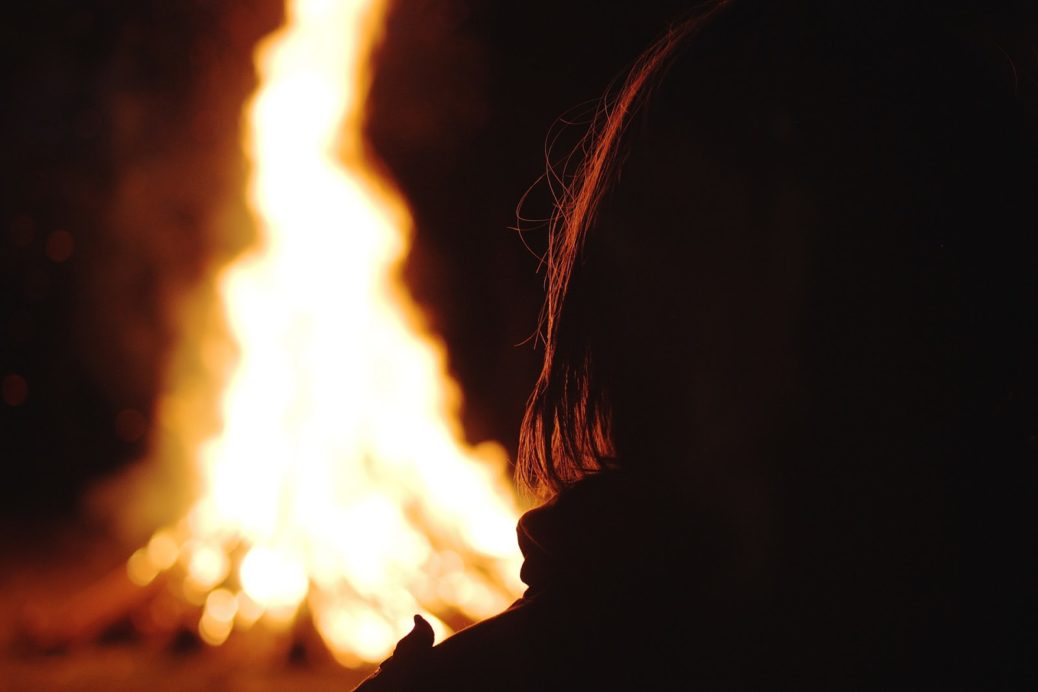 A glow emits on the face of Zoey Tompkins tonight. A warm and familiar glow. One of fire. One that has shown three sides of Zoey in the span of the last few years – Arrogance, Strength, and Weakness.

When the Servant attacked and showed this very same glow, she had been arrogant to how much more powerful her enemy is. When she finally defeated the Servant and moved on to destroy the masters, she showed the strength she holds.

Now, though? It shows how powerless she is. Her brother, Desmond, has passed just the night before. All the while, here Zoey and Lily sit, watching his body burn behind the bunker. The dew on the grass has started to lift, giving the forest that sits at a distance from the bunker a ghostly appearance. The air has chilled and yet is being heated up just as fast as it cools. Two opposites pushing against each other, raging war in the air.

“You’ve been silent, Zoey.” Lily says, pulling Zoey in a bit closer. Zoey’s jacket has been wrapped up around her waist, hiding the pair of shorts underneath. She can feel the grass between her toes, gently brushing up against her feet. Lily sighs, adjusting her hoodie. She eyes the bonfire that Desmond’s body now sits in. The only sound is the crackling of fire.

We tore one down, and erected another there

The match of the century, absence versus thin air

On this life that we call home

The years go fast and the days go so slow

The days go so slow