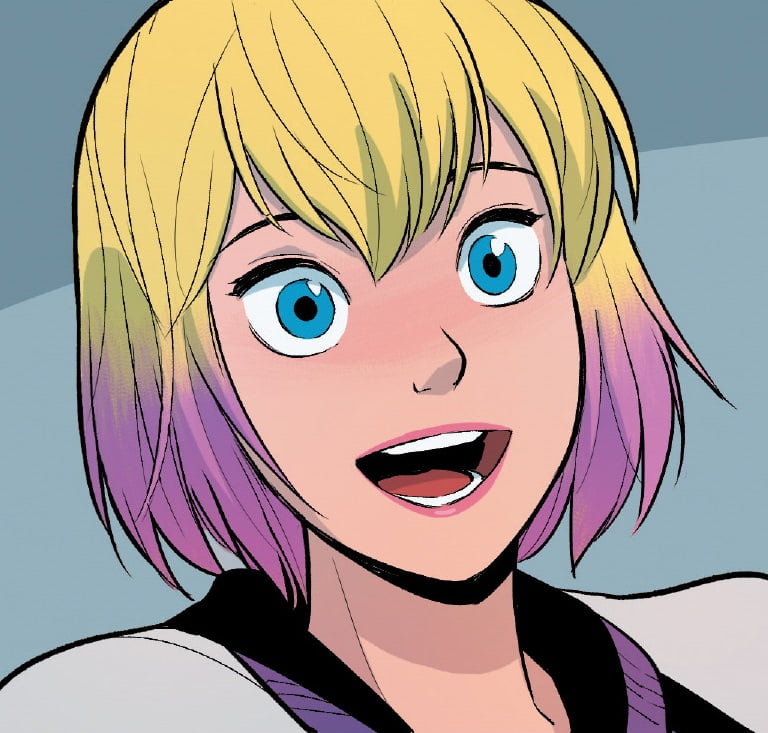 It was a bit easier to travel from place to place via what she guessed was the magic power of maids, but when she arrived in Olde Watch, under orders to incite a riot against the vampire overlords… Gwen was still at an utter loss at where the hell she was.

Olde Watch? That was a weird name for a place. Did they make watches? Why did they misspell ‘old’? She never got why her own last name had a useless ‘e’ at the end, but it made even less sense now. Still, she had a job to do, and she couldn’t afford the time to just mull over how people were weird about spelling things.

With her chinchilla safely inside her hoodie, Gwen went walking about Olde Watch, trying to…

Do what exactly? How did she start a riot and not get herself in trouble? She was just one girl, in a city that seemed to be thoroughly oppressed by these Italian vampire people! What was she gonna do, start screaming anti-vampire propaganda and hope she didn’t get caught while doing so?

“Where do vampires eat? In the casketeria!”

“Why are vampires so deadly? Because they bore people to death!”

“What’s the worst thing about vampires? They’re a pain in the neck!”

“Why are vampires so crazy? Because they’re bats!”

A long string of bad jokes against vampires started to draw in a crowd of people, who were laughing, if somewhat bitterly, and they were cheering her on. Once she had a small crowd, she cleared her throat.

“You know what sucks? Vampires! But you know what sucks more? Vampires that think they’re the boss of everyone! I mean, they’re basically almost cannibals, right? You don’t get any vampires without people, and yet they think that WE’RE food?”

That got lots of nods and bitter mumbles, and it drew in more people.

“I mean, anywhere else, that’s not a thing that’s accepted! They used to lock people up for eating other people, but somehow drinking people is okay? Drinking blood makes you BETTER than other people? No! It makes you a FREAK!”

THAT got some louder cheers, and some claps, plus a few ‘Amen, girlfriend’s.

“Like, I’m not saying that there can’t be vampires that just drink, like, freely donated blood or cow blood or dear blood, or maybe even like fake blood. I mean, they can grow organs, right? Can’t someone grow blood? I’m just saying don’t drink PEOPLE!”

“And, like, don’t try to take over the world because you’re some uppity, Italian sounding prick that likes to binge eat!”

Even more clapping, and cheering. Two big guys came up on either side of Gwen, and without her asking them to, lifted her up on their shoulders.

Booing. Not at Gwen, but at that sparkling, creepy Giovanni!

“I bet he sleeps in a dark room with a bunch of sex slaves! Like, dude, you ever heard of FEMINISM?! You having a bunch of brides like you’re Dracula is sooooooo several centuries ago! Women can VOTE now, bastard, and I bet if you weren’t hypnotizing them or drinking their blood, they wouldn’t be your weirdo, scantily clad sex slaves! They’d be prominent writers! Scientists! Teachers! Businesswomen breaking the glass ceiling!”

A few women in the crowd squealed in approval.

“I bet he lives in some big castle that’s all stone walls and no air conditioning! I bet he doesn’t cut his hair! I bet he wears too much eyeliner and wears a cape and hisses at people when he’s upset because he doesn’t have a manly enough voice to intimidate anyone!”

Her roasting a guy she’d never seen or heard of until a few days ago was really going over well with this crowd, which only got bigger and bigger as people came around to listen.

“Does that sound like a good leader? Someone that’s probably only doing this because he got dumped in high school centuries ago and now has to kill a bunch of people to fill the hole in his heart that made him sell his soul to Dracula or some shit? No! That sounds like a whiny, tween, Robert Pattinson looking motherfucker that needs a stake through the heart and up the ass, too!”

“Let’s take Olde Watch back from the emo, blood-guzzling edgelord! Freedom From Fangs!”

And that’s how the riot started. With a roasting of a guy Gwen didn’t even know, but still seemed like a big dick from a distance. These people were hurting, and they were way more pissed than Gwen was for what happened to them. All that hurt, all that suffering, it had been ignited with her jokes, and then burst into flames.

Sitting on some shoulders, spouting ‘Vampires suck!’ and ‘Freedom from fangs’ alternatively, Gwen could see the people knocking over things, making some torches and handheld weapons, and then march around. She saw what looked like some guards of some sort start to amass, which made her tap the guys who had lifted her up, who let her down.

Pushing her way through the crowd, Gwen took out Shinobu the Chinchilla, and in an instant it turned into Shinobu the Chainsword, which she used to beat the shit out of the guard. Was she ruining her clothes again, yes? Was it worth it? Also yes.

Covered in blood, Gwen looked at the other would-be riot crushers, a mad look in her eyes as the adrenaline started to flow again.