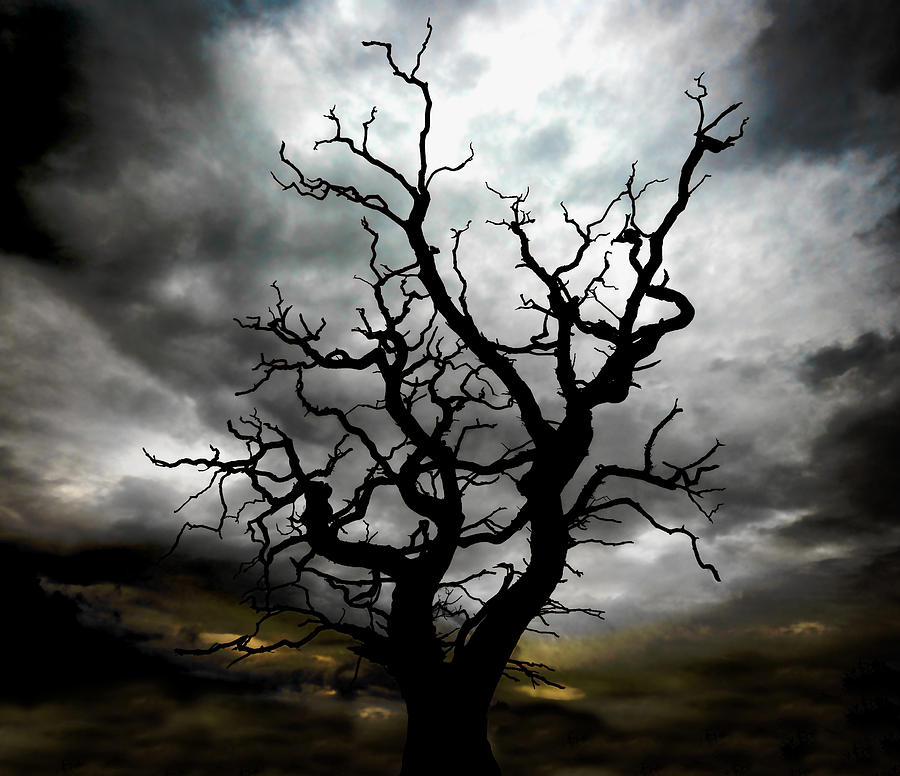 Desmond Foles
00:40AM
There was a flutter in the area. That was all. A strange shift in the air. Then, suddenly a rush of energy would head to one.. specific.. spot… The very spot Desmond had died at. It rushes around, forming a ball of bright light, blinding from any distance. It had a strong, dark feeling about it. It radiated off the ball of energy as if a nuke had just struck there. Then, with a sudden rush, causing the sand of the beach to fly upwards in a cloud of sorts, emerges Desmond.. He comes out yelling, in obvious pain that quickly subsides as he comes back into existence. His telekinetic energy.. twice- no, three times stronger than before. Death had given him strength.
His breaths are heavy, and for once in his life, he isn’t smiling. He should be dead, shouldn’t he? What was it that brought him back? His own mental will power?
No, it had to be something else. He tugs at- Huh.. this is new… A plain black suit, with a F pendant on the collar.. F for Fate? Foles? He couldn’t tell.. He rubs the back of his neck, contemplating what’s just happened.. He was back to life, that was one thing. He has a strange burst in power. He also… No.. It cant be..
His DRIVE was gone.
His mental drive to just.. kill.
Where had it gone? Why is it he felt so…
Sane?
He couldn’t tell.

Zoey Foles (And Lily Tompkins)
00:51AM
Zoey’s own telekinetic energy suddenly flooded into the beach, her eyes purple from insight. She had teleported a good distance away from Desmond.. But still in plain view. She eyes him a moment.. “Why the hell are you alive..?” She asks, her voice in a low, threatening tone.

Desmond Foles
00:53AM
He eyes her a moment. “To be quite honest, I don’t know my self.” He shrugs his shoulders.. “And I don’t very much care.” His voice held a strange calm. A calm not usually seen in him, as his insanity drives that away from him, and keeps him in such a happy and egotistical state.

Zoey Foles (And Lily Tompkins)
00:56AM
Bullshit. He was hiding something. “You found a way to fake again, didn’t you? You found a way to fake you’re own death, and a way to get back at me!” Her voice was filled with rage.. She crosses her arms in front of her, and her telekinetic energy would rip a few- sorry, no, not just a few… Shit tons of sharp rocks and crystals from the ground, which, with a simple motion of extending both hands out to Desmond, fly right at him..

Desmond Foles
01:00AM
They all miss- narrowly. Desmond teleports out the way of the rocks and crystals, and snatches one single crystal from the wave of sharp objects.. He tosses it up, catching it pointed side out. “Zoey, I have nothing to do with this one. I don’t know why i’m back. So calm. Down.” He sighs, turning the crystal to where he is balancing it on the tip of his index finger, and continues. “I’d hate to ruin Lily’s life by taking you out of it.”

Zoey Foles (And Lily Tompkins)
01:01AM
“Don’t mention her name!” She yells. Desmond would feel a ping on the side of his head, and that simple ping would spread pain like he’s never felt before through his head. She was NOT playing around.

Desmond Foles
01:04AM
Desmond looks at the ground for a second, shaking his head.. He looks at her. *Really* looks at her. “Zoey. I am warning you. Stand down. Go back to Vietnow, or Red Sun, where ever you came from. I’m not a threat.”

Zoey Foles (And Lily Tompkins)
01:07AM
She doesn’t remove her gaze.. “Right, Right.. Fucking.. Right..” She reaches a hand out to him, using her telekinesis to reach for his neck… Intending to choke him. His windpipe would suddenly close in on him, causing his breathing to stop.. In her mind, she’s not convinced. Desmond would just continue the same hell that he’s started.

Desmond Foles
01:09AM
He grabs at his neck, trying to get air.. He eyes Zoey.. Was she really going this far..? This is not the Zoey he knew.. This.. This is something else.. Maybe what he said was right? Zoey is a monster. He holds a hand out to Zoey, his telekinetic energy rushing at her chest, just strong enough to knock Zoey off her feet.

Zoey Foles (And Lily Tompkins)
01:15AM
She ends up landing flat on her ass.. She pushes herself up into a seated position.. Hand on her forehead.. “Oh, no you dont…” A sudden rush in energy… Then.. An explosion of telekinetic energy… She slowly pushes herself up, Her eyes now a mix of blue and purple from both Focus and Insight. The sand around her settles back down, and the look in her face.. Was NOT happy… She was truly ready to kill. To nearby continents, there would be a sudden shift in the air. A strange shift. Nothing major. All of it going in the direction of Paracosm.

Desmond Foles
01:19AM
He staggers backwards.. “Ngg-” He eyes Zoey a moment.. This is what he was afraid of. Zoey has found her full potential.. Or, a base form of it. An improvised version. Still close enough. It was also here, right now, he has felt fear for the first time in his life..

Zoey Foles (And Lily Tompkins)
01:21AM
She takes a step forward, then another, then another.. Each step causing a small rush of telekinetic energy to rush away from her steps, sand rising in the form of dusts of cloud. She was coming in for the kill. Something slow. Something that would force Desmond to quit his act.. Or, the act she believed to be there.

Desmond Foles
01:23AM
He takes a step back.. “Zoey, you can blame me all you want. Try and kill me. But you don’t know the truth..” The sick, ugly truth that even Desmond has been trying to keep away. “The reason we have our abilities. Our parents. The ones who should have them, yet don’t. You don’t understand what they did to us!”

Desmond Foles
01:26AM
“Zoey, listen to me dammit! Our parents were selfish, assholes, and only used us for their own games!” He continues walking back.. “They used us for their own entertainment! They kept up the act as good, caring parents, yet in truth, they gave us THEIR abilities!”
“They gave it to us cause they themselves couldn’t handle them, so they transferred them directly into our minds! We had no choice! They did it while we were still in the womb.. Zoey… They used you as the main collective of our abilities.”
“They used you so they don’t have to deal with the abilities them selves, so they put the most of it in you..”
“…Hoping you’re mind wouldn’t handle it. Hoping you would die in child birth.”
“They dropped you on earth so they don’t have to deal with a child they never wanted.”
“I went insane from it.”
“I grew.”
“I captivated them.”
“I waited for you.”
“And I told them lies to tell you.”
“So you wouldn’t find out the truth.”
“Even insane, I still cared for you.”

Zoey Foles (And Lily Tompkins)
01:33AM
Now.. tears were in her eyes. Going down her face. She goes back to normal, even.. “You… You’re lying.” Her voice held a tremble in it. The same energy from before dies down. The shift in the air stops, suddenly. Like it never happened. Zoey eyes Desmond, looking through her tears.. “There’s no way.”

Desmond Foles
01:34AM
“We were born of a broken man. A broken family.”
“We were nothing to them.”
“Just abominations.”

Zoey Foles (And Lily Tompkins)
01:37AM
She drops to her knees. “There’s no way.” She flops backwards into a seated position… She’s lost her words now. She didn’t even care about Desmond’s state of being alive anymore..

Desmond Foles
01:42AM
He simply stands and watches his sister. How long has he kept that secret? Something he’s kept so well hidden, that his insanity had never even knew of it’s existence? That.. didn’t matter now. It was out there. It was out and a fact so deniable that it in it’s self couldn’t be denied any further. Yes, it’s a long shot, but it’s specifically what Desmond remembers. And, it kept him alive, outing that little secret. He says, “I’m sorry.” And that would be all.

Zoey Foles (And Lily Tompkins)
01:45AM
“Damn you..” She mutters.. “Damn you and my whole *fucking life.*” She pushes herself up.. Brushing her hair out of her face.. She eyes him… “You stay away from me.” She says. “I dont want to see you’re presence around me again.” She wipes the tears in her eyes… She’s had enough.. She teleports off, right back to Vietnow.. To Lily. A shoulder to cry on.

Desmond Foles
01:49AM
He sighs.. eyeing the ground.. “Shit..” Now he has to deal with a sister who hates him for actions he had done with out control over him self, and, to top it off.. a reputation of a lunatic. Inside, he feels hollow.. And.. Alone? He couldn’t tell.. Not anymore.
He teleports off to Blue Moon.. Maybe he can drown his sorrow in booze..