Home I’m Not His Pet [18+ themes and suggestions]

I’m Not His Pet [18+ themes and suggestions] 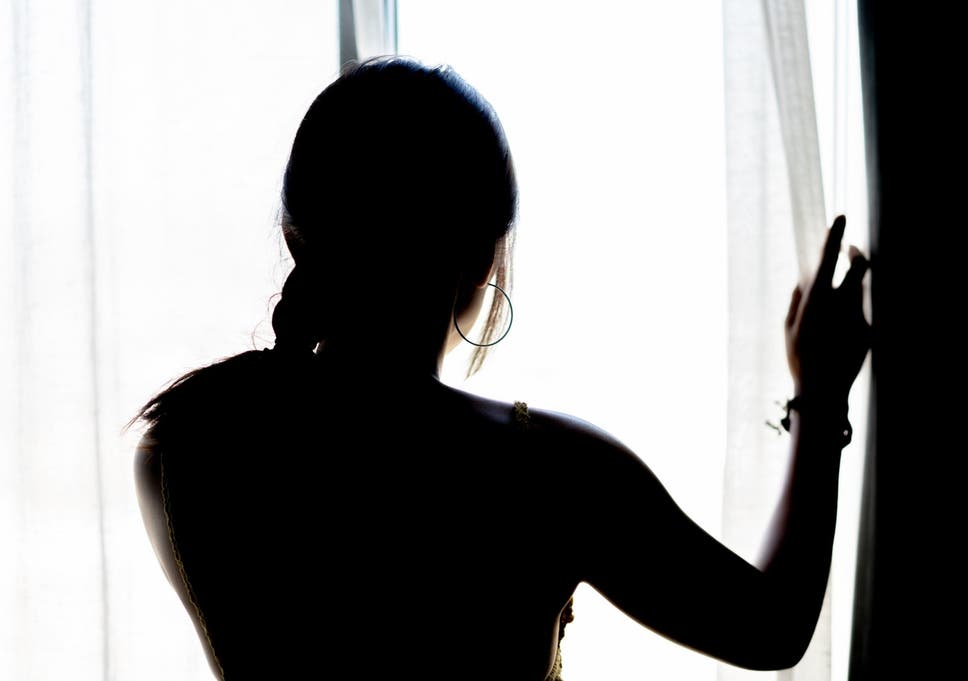 Admit it, Liliana. You love this.

No, she didn’t. She couldn’t like this. The control he had over her, the demands he put forth. She hated it.  Part of her hated him for what he was doing to her. She hated that, deep down in that fiery heart of hers, she did enjoy it. She enjoyed the way his hand closed over her throat while in the throes of passion, she liked the way his fangs sank into her flesh.

At least he’d left her with some of her clothes that she wore to bed. The silk and satin shorts with matching tank tops. He’d even left her with the black robe she wore over them while she was at home. It was that robe that she’d had over her clothes that night, stepping across the white marble flooring. Black veins skittered through the white tiles, offering the look of lightning crackling through the white backdrop.

There had always been three colors in her life. Black. White. Gold. Black for the things that she knew she shouldn’t be doing but did anyway because of the money it brought her. White for the things that were still profitable but far more smiled upon. Gold to remind her of her rule. The one with the most gold makes the rules. The walls of the apartment were a black hardwood, golden veins cracking through the wood, every last piece of furniture black leather.

But she wasn’t concerned with the furniture right then. Well, not really. Just the counter in the kitchen where she poured herself a glass of whiskey, from her stash that would never be sold. Not until it was perfected.

You enjoy the feeling of yourself wrapped around me, don’t you?

No. She fucking didn’t. Yes, being with him was mind-blowing and made her feel things that she’d never felt before. At least in a physical sense. Nothing he did would make her feel anything for him in an emotional sense.

One arm wrapped around herself, the other lightly gripping the glass in her hand. The phone in her pocket buzzed, and she did not doubt that it was her ever-faithful Scar. A sigh parted her lips, and she pulled the phone from her pocket.

Is everything all right, Miss Sullivan? You’re usually not awake this early.

Yes, she replied. I just couldn’t sleep any longer than I already have. You’re fine if you’d like to come in, Thorne. It didn’t take long for the front door to open, allowing the large, scarred vampire entry. He didn’t have to speak. The look on his face asked the question his words would have. If he’d had a tongue, of course.

There was silence as Scar typed up his response to her. Miss Sullivan, there’s nothing wrong with letting yourself sleep with Murdoch. Thanks to Nymeth, you’re in this situation whether you want it or not. It was her betrayal that even put you on his radar.

“I know,” she said with a sigh, taking a sip of her whiskey. “Go make yourself a drink, Thorne. I’ve missed your company as of late.” The vampire bowed to her, moving towards that kitchen to pour himself a glass of whiskey. He stepped back towards the window, sliding his large frame onto the couch and turning so he could look at her.

Thank you, Miss Sullivan. But, can I offer my opinion?

“Of course you can. You’re one of the few who has an opinion I value these days.” Despite his singular mistake, she did miss hearing his voice. While Riona was her advisor in the office, Thorne was her advisor everywhere else. She wouldn’t have asked him to join her for a drink if she didn’t want his opinion. Both of them knew that.

You’re intelligent, beautiful, and determined enough to get what you want. Why not let yourself give into him? Just so that you can keep a modicum of the independence you’ve earned for yourself? Enough so that you’re still in charge of the distillery, even if it’s his name on the deed. Nymeth might have sold the place without your knowledge, but you can use this to your advantage.

A brow was raised as she read over the text he’d sent her. Who would have thought he could be so devious? She chuckled, turning to face the horizon as the sun slowly began to creep up over the horizon. “I’ve already given in once,” she sighed. “Why would I want to do it again? I cannot let him think that I enjoy my time with him.”

If this is about pride, Miss, I would respectfully advise you to swallow it and do what he says. He can make your life hell, and you know it.

“Don’t you think I fucking know that? He’s been a thorn in my bloody side for less than three days already. My life is already being made hell. He froze my fucking bank accounts, took my clothes, and is forcing me to wear what he wants me to wear. If I have to conduct another meeting with a client who keeps staring at my tits, I’m going to lose my gods’ damned mind.”

Just trust me, Lily. That text surprised her. She wasn’t used to him using her nickname like that. It reminded her why she hadn’t been able to kill him. You’re the most resourceful woman I know. You’ll have him wrapped up in your web before you know it. Thorne finished his drink, setting the glass in its place in the sink. Get some sleep, please. Exhaustion is not a pretty sight on you, darling.

She watched as he stepped back outside, taking his usual place in the small shack near the house. He was right. She knew it. But she still couldn’t get the words out of her head.

If you’re a good girl, you’ll find that your life will be so much easier. Now, tell me, Lili. How much do you like this?