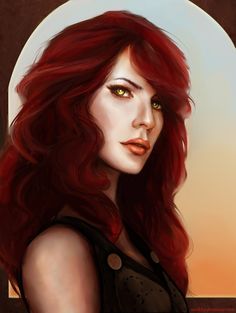 “One can only live once. Is it a truth?
What of the legends of the dark? How many lives shall the god give them? Why bless the darkness with undeath and forsaken the light to just one life? This is a story of a vampire. This is my story.”

On a clear Autumns morning in the countryside lays a small farmhouse. The light shines down on the old building that looks like it has seen much better days. Around this building is fields of barley and fields of animals that make a ruckus for the morning feeds. To most it is a blissful life but the realistic view of it is the family of husband, wife and 3 girls only just got by.
It didn’t bother them though. Clean air, clean ground to walk on mostly and less of the city and town ruckus.
This was until today. Today is a special time for the youngest girl of the 3. This is the day that her life will change forever. This was the day.. he appeared.

The day went by as normal. Sonya who is the youngest of the daughters was forgetting to do her jobs again.  At the age of 12 she wanted to explore, to have fun instead of boring jobs. The barely was rising high so today is an adventure. She runs into the fields to explore a “jungle” she is in search of ancient treasures. She runs full speed though the jungle until she collided with something hard. Just as she is about to fall back, a firm grip takes hold of her arm. She could feel something unusual about this. The grip had come from a cold hand. Wasn’t just cold but it felt like ice.
Her first instinct was to run away and find mum and dad but as she goes to start running the grip yanks her back to its owner. A tall man wearing all black. He wore a cloak with its hood up to protect him from the sun. Sonya wanted to scream but when she looked up at the man  she found herself not able to do anything. She looks into his eyes that glow a blood red. She could see his face.. a face of a man of beauty. All fight she had inside her vanished when the man leans in towards her neck. A painful gasp comes from Sonya when two sharp needle like teeth break the skin of her neck. All feeling seems to wash away from her. The light seems to dim. Her vision becomes that of a blur with the feel of coldness washing over her.

Later on that night was filled with tears. Sonyas father was looking for sonya with the idea of punishing her with no supper for her lack of work. He looks for her in the fields where after a while of looking, he had come across her body. She was white as a ghost and cold to touch.
The mother was preparing dinner when she heard the distressed yell of her husband. Her gut tells her to expect the worse. She looks out of her window to see her husband emerge from the fields carrying her daughter. Her baby girl. She drops what she was holding and runs to the door. It can’t be. Sonya is most likely still playing that must be something else. A trickery of the eye. Her baby is fine.. she is sure of it.
When her husband approaches with tears streaming down his cheeks the realistic realisation comes to her. All strength leaves her legs that buckle under her. She falls to the knees as her breath can’t come from her. A tightness forms in her chest and the feeling of a lump forming in her throat makes her gasp for air. She opens her mouth to breath but a loud cry that was trapped inside her escapes.

They morn that night. The night of there youngest daughters death. The father had put sonyas body in the barn so not to distress his other two daughters. If he had known what was going to happen would he of left her body? Would you of left her body?

The moon shines bright that night. The man in black stands outside the barn looking at the full moon. “It is time my daughter. Time to wake up and live the life of the undead. Of a vampire” he said in a soft caring voice.
How she heard his voice.. she will never understand. Soon as he said it her eyes shot open. Like her new fathers eyes, hers are red. He looks towards his new daughter and a smirk forms. “Now feed my child. Feed on the pretenders you called family” he said in an almost excited voice. She may never know why he is so happy. In the years to come she would never see him smile or smirk again. Sonya obeyed her father.

A few weeks later a local from another farm went to see why they haven’t heard from this farm. There was an overpowering smell of rot in the air.
The animals where all dead and the house is silent.
the next weeks paper makes a notice of a family of one man, one woman and there two daughters where found dead in their beds. The youngest was never found.

“This is when I leave you for now. I may say more about my story.”