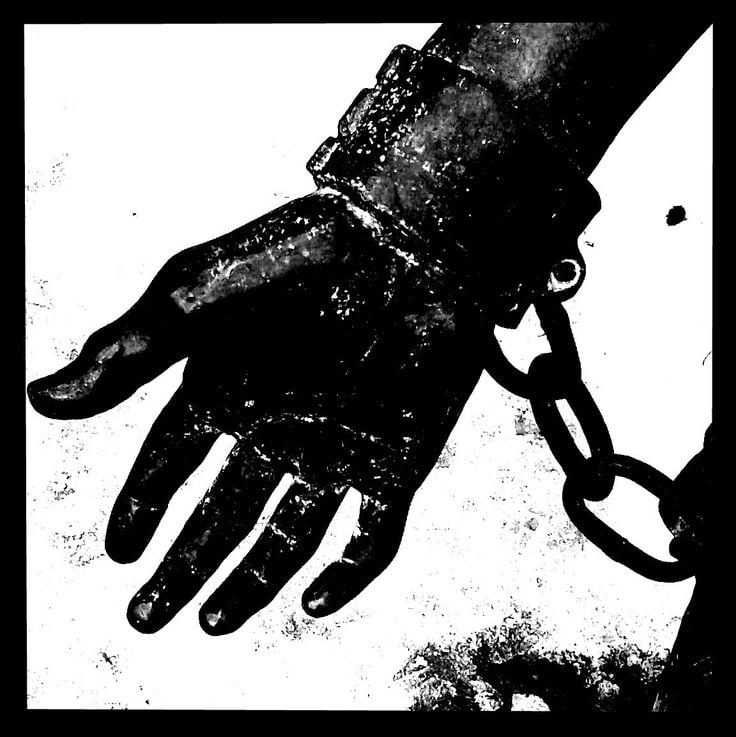 (Warning: Mention of torture and death.)

The shackles fell from her arms with a clatter but she knew better then to think herself free just because she was no longer physically bound. Pale scars, pale enough to stand out against even her ivory skin, lined her wrist, throat, and ankles, chaffed into existence from near constant use of the metal bindings. The man who had freed her from the physical chains backed away with a smirk, he only wore it because he knew that there were several guns trained on her and several other men ready to retrain her the moment she so much as twitched in his direction. She knew what they wanted. Knew what she had to do. And she hated it. With ever fiber of her being she hated it.

She didn’t have a choice.

This was their second attempt to force her to kill an innocent. The second time they had pointed at a person tied to a chair helpless and given a simple command, “Kill it.”

The first time she had refused.

It hadn’t ended well. For her or for him. A father. The husband of the one person in this place who was kind to her. Handsome, with his dark hair and doe eyes. And she wouldn’t kill him. So, they had made her watch, made her listen, as they broke him. Broke him in a thousand different ways. Broke him and broke him. As he screamed and begged. Pleaded for them to stop. Her voice joined his. But they hadn’t stopped.

They had laughed and continued until the man’s voice stopped altogether, to damaged from the screams. They had continued until his eyes slowly glossed over with death, pain forever etched on his face.

For the second time in the year she had been there (or she thought it was a year, it was impossible to tell in the windowless, ever-lit halls and cells) she cried. She sobbed as she stared at the body. Fought as they drug her away and threw her back into her cell. Cage really. Their cruel whispers haunted her as she curled into a ball and cried until her body, exhausted, succumbed to sleep. The whispers still haunting her.

“Your fault. If you had just killed him he wouldn’t have had to suffer. You wanted to hear his screams. His cries of pain. Cruel wench. You really are a demon. A monster. An abomination.”

Even in her sleep the voices were never silent. Ever whispering and sneering at her. And, now, she was in that dreaded room once again. The choice before her once again. Kill or watch them torture a person to death. Only, this time, it was infinitely worse.

In the chair sat a child.

The girl couldn’t have been older then nine or ten. And, even as she tried to overcome her horror, the order came once more, “Kill it.” As if the young girl was simply a thing. A toy. A tool.

Could she do it? Could she kill the child? The pup? If she didn’t, she knew what they would do. Could hear the hope that she would say no once more in their voice. She knew better. Knew she had to do it.

Panic flooded her as emerald eyes darted around, looking for a way out. An escape for them both, though she knew there would be none.

Dred took the place of panic when she realized what she would have to do. Was there no other choice!? To kill a child would truly make her fully into the monster they sought to create but to not kill the child and to leave her to the mercy of these beasts would make her so much worse.

Cold, resolved. Bitter resignation. That was all she could feel now. She had no choice. Neither of them did. She would kill the girl. She would become a monster. A demon. An abomination. And, as soon as she found the chance, she would die. Whether by her own hand or by the hand of another. A being such as her shouldn’t ever exist.

She was right in front of the girl now. And broken emerald eyes met trusting brown ones… No. Those eyes were citrine…. This was wrong. The girl she had killed hadn’t had freckles. Hadn’t looked like her Beloved.

She tried to stop herself as she saw her own hands reach out. As she touched the child’s cheek and chin and neck gently, almost tenderly. Tried even harder, silently struggling as she felt no resistance from the girl. Then, even as her grip tightened, right before the sharp crack that brought death, “Thank you… Mom.” The words were soft. Almost whispered even as her neck was broken and she could feel the life leave the little body.

But no matter how she screamed there was no sound. No sound at all. Just a sudden darkness.

Emerald eyes snapped open and the strangled scream escaped her even as she came to understand it was a dream. The understanding didn’t stop the tears though. The heart wrenching sobs that coursed through her body as she curled protectively around her child laden womb.

She knew it was only a nightmare, the memories of the past combining with what she most feared but, she was grateful the man she loved wasn’t here. Was still out doing whatever work he was doing. Was glad no one was there to watch as she broke all over again.

Even knowing it wasn’t real, it still hurt. Probably because most of it WAS real. She had been in that situation. Only, that time it hadn’t been her own child, her own pup, she had been forced to kill. To this day, almost a decade later, it was still one of the memories that haunted her most. One that weighted on her heavily.

But, she didn’t want to worry her love. Didn’t want to hurt or disappoint him. So, once the tears stopped, she forced herself into the bathroom and cleaned all evidence except the slightly red eyes. Those didn’t matter though, she could pass it off as a dish broke and she cried because it was one of her favorite, pregnancy was a nice excuse like that.

Sleep didn’t come again that night, even when Darrin returned. Emuna wondered if it would ever come again. It most certainly didn’t for the next few nights. Every time she closed her eyes she say the face of her ‘child’ staring up at her. Eyes still trusting, even as the light of life left them.

She had been given a choice that night, though neither was good, and she had chosen. Now, no matter how it pained and haunted her, she had to live with it. Those shackles, those chains, they had released her from… Well, they had never felt more real.