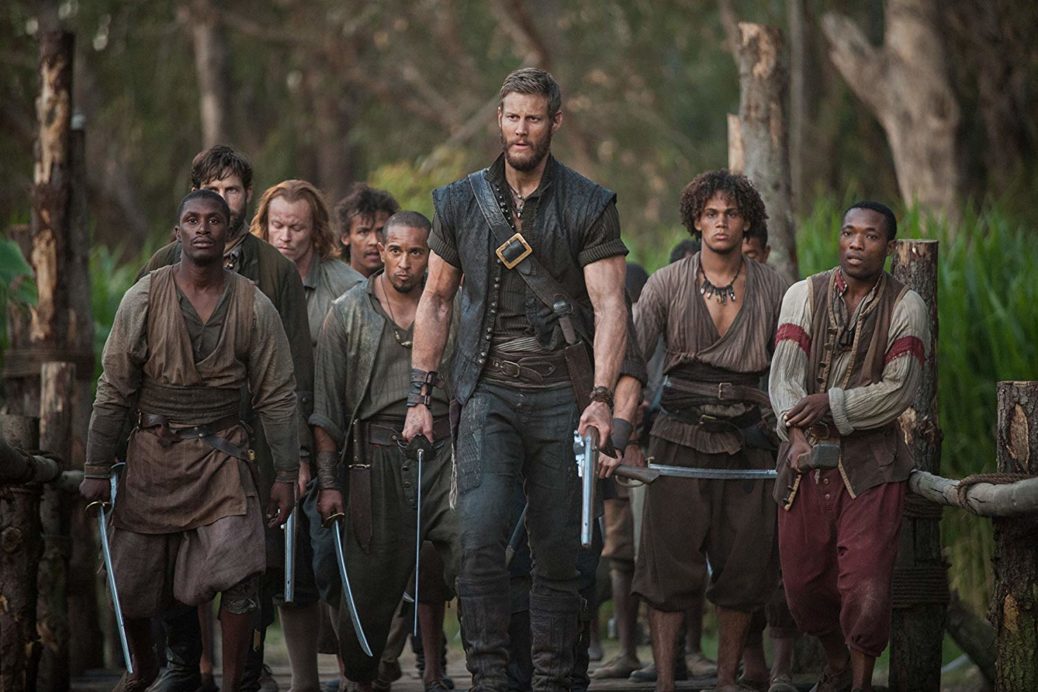 It was during his random explorations of Providence that he had found the spot. Cu Chulainn, with swag on his back and a sense of adventure in his heart had travelled from the Red Sun, through the town of Persistence, braved the swamps that were past it to trek up into the mountains on the east of the island. It was well worth it the effort.

The air was fresh, clean. The rarified atmosphere, made delicious, by pine forests that refreshed each with each new dawn. Wildlife and game were plentiful, ridiculously so. As was water. He had come across everything from babbling brooks to gushing tesseracts and quiet still lakes where the only noise was the sound of Nature breathing. It was so much like home that it ached.

He was on the return journey, heading west through the mountains with the intention of cutting south across the plains to the swamp and back, when he found it. He was not looking for it. He did not expect it. But what he experienced took his breath away.

Overwhelmed by the sheer natural beauty and elegance, tears sprang unbidden from his eyes and instantly, this place struck into his heart like an arrow.

It called to his spirit. He was home. More than anything since coming to Providence, he had never wanted to lay claim to anything as he did now. It was love at first sight.

He had followed a watercourse from a lake and stepped through the forest onto a plataeu, clear of trees and just an expanse of velveteen emerald meadow with the same stream he had followed running alongside it. Forming a pool, it then continued  it’s journey, laughing and dancing, back into the forest.

The plateau was uniquely placed, being in the cover of forest from the west and huddled against the mountain on the east. It was perfection and that is when he knew.

He would make this a permanent place. He would build a home for his lover, Zoey. All the resources were there, waiting to be utilised. Timber. Meadow grass. Everything.

It was like a fertile garden, needing only a gardener to tend it, love it and make it abundant. A gift of hard graft, toil, sweat and love. In his mind it was decided.

Upon return to the Red Sun,  He immediately became preoccupied with planning for this venture. It was just as well too. Since making Providence a permanenent home, He knew it wouldn’t be long before he needed to put down roots. He was not a city dweller, and lodgings at the Red Sun were temporary.

Plus, the idleness since becoming a permanent occupant with having nothing meaningful to do mean’t his consumption of whiskey and therefore, the trouble that comes with it had increased. Now he had a project.

With Zoey often away in her role of a peacekeeper, it was fitting he had time away from the Inn and spent it in the mountains. Felling trees, digging post holes, making a temporary camp each time though it was clear that the fire pit he had created would now become a permanent fixture outside of the dwelling, a reminder of the weeks and months camped up here.

The morning coffee taken enjoying the warmth of the fire and a few moments of peace, listening to birdsong, before spending days, from first light until he could see no more felling trees, dressing and preparing timbers, digging the deep holes for the posts, chopping, sawing, digging, until his hands were red raw and bleeding. Then the next day, he would do it all again, so determined was he to have this place, to care for and nurture it. To be the gardener that allow it to bloom.

There were times of course when he needed help. There had been assistance from a few others. Dependable friends. And of course, he had to hire men from Persistence.

A hard task as one would have to persuade them travel all that distance, but he paid them  well, and fed them well, and given the supplies, for the few weeks he had paid the five men, it had been more of a boys camp out.

Hard work aye, but given the work Cu Chulainn had already achieved, a short day, with fishing and hunting in plentiful supply and of course, an abudance of grog.

Each day he had watched the project grow. Of course there were hitches. Any number of post holes had to be filled in and moved as the soil was not deep enough. It was hit and miss sometimes.

The muck coming up would be nutrient rich and sweet, and then, bam…hard rock and a determination that he could go no further. Obstacle after obstacle until finally, she had given in and his persistence was paying off.

Soon the posts were in. Strengthened and hardened at their base by charring, to withstand a century of damp. Great strong timbers that the forest had giving that would separate the walls and support the roof.

He had chosen well. The workers had started to pretty them up with some carving and some of them were pretty talented as raw bark would be peeled, green wood would be carved to make the most beautiful banners of animals, birds, even a bit of Celtic knotwork when one fellow had shown an interest in learning the art of his homeland.

Disaster had struck only once. Just as the roof struts were being placed, as was the Celtic tradition from the iron Age, to form them in  at spiral at the very height of it so that it all became essentially self supporting but with just a little help from posts that daggered straight and true from the ground.

The foundations were strong, but the roof yet was not. A storm had blown up. With no warning it had come about this place and had attacked with a vicious destruction that Cu Chulainn could barely believe was possible. The roof had collapsed and was damaged, but not destroyed.

However, a lot of time and work had been for nothing, but ever patient and thankful in a way as it had shown where there was a weakness in the construction, the men had built it back again, even stronger than before. Cu Chulainn gave more of himself with nurturing and care.

He was already deeply in love with this house, it already was a home. Nothing short of a tornado or an earthquake would destroy it now.

He had dragged all the comforts there himself, carried them on a packhorse and weighed down with each return visit from the Red Sun that he himself felt sympathy for the creature.

He had created a pallet for a bed, roughly hewn logs for benches and a crude table, rugs and skins and a bed stuffed with rags that a trader in Peristence had sworn would give the most comfortable of sleep though it was heavy as Hel to move it there.

Eventually, there would be much more, but what he had, was a home. Aye, a little rough around the edges and without the creature comforts of city dwelling or being coddled at the Inn. But was that not how he lived?

He had brought her to the place and shown her what he had built for her. It was his gift to her and no matter what happened between them, as a couple, it would always be hers.

It would be her sanctuary in Providence from the traumas and evils of her work and life in general.

She was delighted, and he, pleased that his actions had placed that smile.

They would only be in it a night. Just one single solitary night is all they were allowed to have before their lives and their partnership was rocked to the core.

But that is another story entirely.