Home Is Half a Truth Better Than None?

Is Half a Truth Better Than None? 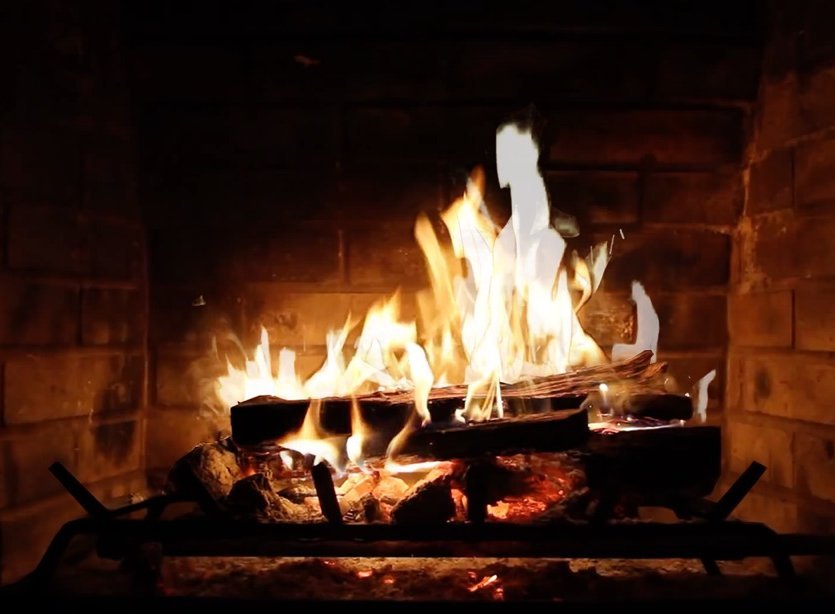 Written by Weary Wanderer and Echo the Healer

Echo had spent the morning harvesting in her gardens and the afternoon in the herbarium putting medications together.  Now, after a bath and washing her long brown hair, she sat in front of a wood stove in her living room, combing her hair to dry.

Today her mirror showed that her eyes, which had turned dull gray when Hellifyno was destroyed, had made progress in returning to their normal hazel, the brown center complete, the green creeping outward from it.

Outside, the Hyandrian woman known as Weary Wanderer was making her way steadily down the forest path toward Echo’s home.  The directions she’d received from Harry, bartender at the Blue Moon Tavern, were simple – go right from the portal’s exit, take the first path north and walk till you see gardens and buildings.  She found the cottage easily, went up the walkway to the door, and knocked.

Being a healer, Echo was used to knocks at all hours from people, mostly villagers, who needed her help, but this time she was quite surprised to see who was at the door.  “Weary! Come in, come in!” she exclaimed with a big smile.  The Hyandrian woman had never visited her before.

Weary smiled in return and stepped inside.  “Hello, Echo.  Glad I found you.”  She looked around the cottage, then let her gold eyes settle on her friend, taking in her appearance.

Echo looked much better than the last time Weary had seen her.  Her hair – damp and flowing around her back and shoulders like a cape, still lacked any gloss, but the brittleness was gone.  Her complexion was back to normal, and she no longer looked exhausted.  If Weary noticed that Echo was still breathing a little too quickly, she said nothing about it.

The small healing snake Aelu, coiled around Echo’s upper left arm, hissed a cheery greeting.  “You look well, Weary,” Echo said.  “I am glad to see that.  Come and sit by the fire, it is a chilly night.  I have a kettle on the stove and can make tea, what do you like?” She indicated a pair of easy chairs with a table in between them by the fireplace.

Weary smiled at Aelu and moved to take a seat.  “Nothing for me, thank you.  I can’t stay long.  There was just something I wanted to tell you, and then to ask of you.”  She hesitated, then went on, “I feel I should tell someone, but you’re the only one I trust to talk with on this matter.”

The Healer frowned and took the other chair, facing her friend.  She braced herself, knowing it had to be about the situation on the planet that replaced Hellifyno.  “Tell me,” she said quietly.

Weary glanced toward the fire a long moment as if collecting her thoughts, then turned gold eyes to Echo.  “Hellifyno’s magic is … incomplete.  I know it’s there, and everyone seems okay.  It even feels natural but …  I’m very certain it’s not whole.  The magic, the – essence of Hellifyno is …  missing pieces.”

Echo looked astonished.  Her mouth opened but only quick, sharp gusts of breath came out.  She blinked once, then stared.

“Echo? Are you all right?” said Weary, leaning forward toward her friend in concern, then half-rising.

“Wh– wh– wh–” Echo made a strong effort and gathered herself.  “I am sorry.  It is just that I did not expect there to be any magic in the new planet.”  Her eyes were still wide and startled.

Gold eyes blinked at Echo’s revelation.  Weary wasn’t sure what to do with that, and didn’t understand at all.  “I’m sorry.  I thought you would know.”  When Echo shook her head, Weary went on, “When Hellifyno was restored, it seemed like they had also succeeded in returning the magic essence that is the world’s heart, so to speak, but …”  Her voice trailed off while she gave her friend a moment to let this information settle.

Echo had controlled herself more, now.  “But how?” she said.  “The mouse said they would use prefabricated materials.  There is no magic in those.”  She paused.  “I do not understand at all, but – my understanding is not the most important thing right now, is it?” It was a rhetorical question.

“Tell me this – has a new Gaia tree been planted, and if so, does it thrive?”

The Hyandrian shook her head a little.  “I heard it was in Civalo’ki, but don’t know its condition.  Gaia is not something I care for or consider much.”  This was true of all Hyandrians, but Echo had forgotten.

“I will have to find out if it is healthy.  That will tell me much.”  Then she sighed.  “I wonder if the mouse will talk to me.  Considering I wanted it killed, perhaps not.”  Now she smiles, a little.

Weary laughed, then sobered quickly.  “Well, I don’t know anything about that – I just feel strongly that the magic, the essence that made Hellifyno what it was, is there again – but not whole.  I’m hoping maybe you can confirm this for me somehow?  That was what I wanted to ask for: your help.”

Echo nodded slowly.  “I can do that.  I can ‘hear’ what the soil and the bedrock below are feeling, even in places where there is no magic.  In ground where there is magic, I may be able to read farther below the surface.”  She smiles with a glow in her eyes.  “That is my gift, to communicate with the earth, even to infuse it with magic where there is none.”  The smile faded and was replaced by a tightened face.  “But not on a mass scale.”

“Understood.”  Weary nodded, then got up.  “Thank you.  It’s not my place to investigate, but I feel better having told you, my friend.  That being said, I should go.”

Echo rose also.  “I am so sorry you cannot stay longer.”  She paused.  “I should tell you that the portal between here and Hellifyno has been restricted.  The Innkeeper, who controls all World Crossing’s portals, wants no contamination.  But you and most or all of my friends will be able to get through.  Still, do not share its location with anyone Harry does not approve first.”

She gives Echo a small smile tilting her head.  “I have no reason to tell anyone anything about this place, just as I tell no one of other places I’ve been that don’t want or need outsiders.  It’s safe with me.”

In return, she received Echo’s biggest smile yet.  “I have no doubt of that, my dear friend.  Shall I walk with you back to the portal?”

“No need, I can find the way.  Rest easy and rest well, Echo.  I’ll see you soon.”  Weary gave her friend a big hug, then out the door and down the walkway she went, back to the portal.

Echo closed the door behind her friend and went back to her chair.  As she sank down, she reflected that she had been wrong – terribly wrong.  Somehow those blessed-be-damned mice had managed to recover some of the magic of the original Hellifyno.  Weary would have known if it was magic from some other source.  So what in the Nine Hells was going on?  The power named Gaia was strong, but not, Echo was sure, strong enough to endow an entire planet with unique magic.  Echo’s great-grandmother Gaea, the creator of Earth and progenitor of all the Greek gods, could not do that, and Gaea was a personification, a face, of the Gaia force.

So she would have to return to Hellifyno after all.  To do so was dangerous to her, but perhaps – probably – less so than if there had been no magic at all.  Returning was the only way to confirm what Weary felt.  And something else as well …

“Aelu, we will have to talk to that mouse.”  Aelu hissed rather eagerly.  “No, I am afraid you may not kill it.  But,” as the snake’s head drooped, “you will get to scare it.”  And she grinned.