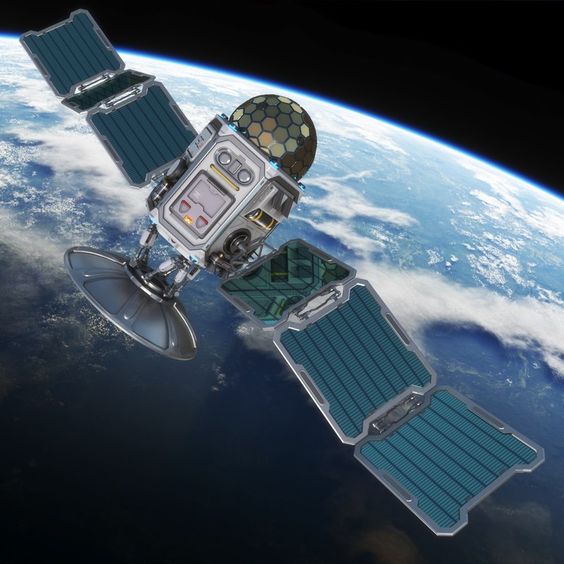 [Just Kaler, really. But this tale starts not on the planet of Hellifyno, rather it begins again on the Sun. The poor orb of solar that was ill fatedly used as a staging ground for their attempted raid on the colony present on Planet 1, currently controlled by The Watch. And how very bad that went; most of either sides fleets were crunched by the kerfuffle, the Sun was bombarded causing havoc & hellfire to backlash out of the portal located within its core, the alliance’s plans didn’t go so well, but gladly no one had yet died]

[For this instance, Kaler didn’t know this information right that second, as he was only now beginning to wake up from his slumber, nearly a whole day after the events transpired, with his wounds suffered from the strain mostly healed over, however he would retain two long red marks along his forearms, a reminder of his actions. Opening his eyes as the surface of the Sun parted ways to rise the sun boy up from his forced nap, like soft ripples on a lake that would part for a god to gently rise from, but just Kaler in this case, and as he got his bearings, he recounted what had happened prior]

[The plan, the initial attack, falling, and then, darkness. It was a warm darkness though, one comforting enough for his solar-adapted body. Though quickly was his form swooshing up from the surface and away from his refuge, into space to have a look at the potential war-torn void]

[What he saw wasn’t so happy-looking. Throughout the space between the Sun and Planet 1, he saw wreckage of once high-flying ships and crafts of all sorts, messy strewn pieces of odd metals and technology idly floating about in space, all that remained of some of the ships it seems. It filled him with somewhat dread; were the others ok? Were these just Olde Watch’s? Or were a lot of them his friends ships? Did the attack even pan out well enough?]

[Those were things to discover momentarily; as first off, he ought to go and acquire some clothing, for his previous lot was incinerated during the solar-flare creation. He did that in a flash, casting a portal from his current location, right to the highest mountain of Twine, following the length of it down via a mix of flying, or just letting his body fall really; no freeze often chilled him, after all, he was inside the sun not too long ago. Before long, he had slowed down to a stop just outside his house, and slipped inside real quick, before darting up the small wooden staircase, right into the master bedroom. A quick 5 minute change-over into another set of clothes; of which are his usuals, he keeps a bunch around; he was looking normal again, despite the marks on his arms]

[After that, he made haste to find some sort of device to figure out what went on during his unconcious period, finding such in his large TV on the ground floor in the living room. Quickly did he pick up the remote to switch it on, thumbling about with the buttons before he managed to cycle through to a place for past recordings, and there did he learn of the harsh truth, of how their plans may very well have not gone out that well. The reports of an “ANFE” blackout via satellites filled the screen, reportedly due to the confrontation between the Allied Forces & The Watch;

[“Scientists from the city of Kili Toda confirm that around 75% of all magic took a heavy hit earlier this morning; cities around the world of Hellifyno report the masses of magical and powerful beings suffering traumas & damages to their physical forms as a result, whilst the world continues to wonder: Will there ever be an end to threats such as this?”]

[The message from Krieger, too, pops up onto the screen, as Kaler became even more baffled. He was alive?! But Croc, he shot him! ….right? It wasn’t a decoy? No, maybe umm…. Stunt double? Robot? Clones? The last one actually seemed rather logical, that and the robots, due to how techy Olde Watch seemed to be, so, he held his marbles on the last two, but was internally scolding himself and the others for being so careless, or just, well, he didn’t know, it was a moment of stress!]

[However, it was at that point that he had an idea] “Satellites causing an ANFE blackout….” [He repeated the words to himself, then recounted the talks before with Kurai & Kida about the suits they created, or had plans for from a while ago. They could protect someone like /him/ even, from the effects of the dreaded AM & ANFE, which would likely rip him to shreds, or at the very most damage him greatly. But with that suit on? Why, he could, he could fly right on up there, right now! And beat the ever living hell right out of their satellites! Yes! He had his plan, his solo-mission, and he was going to see it through!]

[A brief timeskip, as Kaler stood atop the mountains overlooking the great island of Twine, now donned in his newly acquired suit of Kishimoto & Le Morte designs enhanced together, to create the ultimate shield against what would otherwise prove effective against even him. The custom-made armour, with a design printed specifically for him, consisting of heavy-duty armour plating of a law-abiding nature, that could be sealed over like a skin-tight space suit. The covering of the armour was a mix of greys, sun-golds & blacks, with his own Sun-symbol on the chest piece, however he carried no weapons this time, not when most of his were indeed magical]

[Instead, he just brought himself, and his abilities; he didn’t need to use his energy things to blast satellites, not when he had fists and flight! So, with a quick liftoff, away he went! Swooshing into the atmosphere of Hellifyno, and beyond towards the depths of space, finding the suit to be rather sturdy so far, now came the ultimate test]

[He found himself in orbit above the planet, letting his golden eyes scan the infinite horizon to perhaps spot his first target of the day, and a test for the armour too. And as luck would have it, approaching his position just a few miles off, was a satellite. He could tell it was Olde-designed; they (probably) had an insignia of sorts on the side to warrant their property & status. Well, no need to keep it waiting, so closer did he fly, coming closer and closer to the orbiting mass of technology, as he reached a hand to eventually grasp hold of one of the handlebars; as most space tech had for astronauts; and the whole thing came to a swift stop along with his own form]

[Soon was a warning light shone his way, and the localised field of AM was released into the void around him. The sight of it had him reeling back quickly out of fear that the armour wouldn’t work, only to realise that his arm had been inside the cloud the entire time that he was reeling back. His eyes widened; it worked? The suit worked?! He had to be sure, so back his hand went into the green mist, up, down, left & right, and around in a circle too, watching as the gas brushed harmlessly around his palm, leading to a steadily gaining chuckle on his part; it worked!!!]

[A brief twirl around in accomplishment later, and the boy was once again staring down the now free-floating satellite. This construction of space-craft, the very thing that caused the small incident to plague millions, even if it only lasted until the morning after the confrontation. There was no room for this thing to remain up here, Kaler decided wholeheartedly, a grin stretching onto the usually calm and happy face of his. Well, not an evil grin no, still happy, but for another reason. A reason of sabotage, and to get their own back at the enemy]

[So, rearing a right arm back, he grasped the weightless object with his left, and turned it, until (Arguably) the softest and easiest part to punch into came before his eyes. And with a swift movement and clenching of his mighty hand under the durable suit, he rammed it forwards, to deliver a satisfying /PAWNCH/ right into the centre of the satellite, rupturing its protected outer shell, ramming into the central core & logistics parts, before a satisfying /BOOM!/ rippled out from the explosion caused by his fists entry, leaving naught a trace of technological genius behind, instead, just left-over & charred metals & wires. The explosion thankfully did not tonnes to the suit; perhaps a touch-up on paint was in order but other than that, all was good]

[And so forth he went with an instinct to rip, tear and explode things, the desire to strike back, and the goal to show strength. Fueled by his recent bathing in the very Sun itself, he went at speeds which space allowed even with suits such as this on, approaching satellites far & wide over Hellifyno, throwing fists through here, sending kicks swinging there; pulling apart then, and blowing up now, littering the short space above the planet in small debris that found themselves caught in the gravity of the planet, falling in slowly continuing orbs and small shimmers of fire, as well as the explosions themselves, however none would be big enough to make landfall, unless some had heat-resistant plating]

[Nevertheless, this was the massacre of the Watch-dishes, the removal of an effective blockade, one dish at a time, as he let no time be wasted in hurtling his form through the depths of space to each and every one of them, to smush, to pawnch, to destroy. Though he did stop at one such satellite, seeing a relay beacon present on this one; a communicator of sorts. He had a quick idea, using his ingenuity to quickly open up the panels that surrounded the contraption, finding the wavelength communication panel needed to produce a short connection between it, and his own HUD. And with that done, he proudly claimed to the dish, for anyone on the receiving end at Olde Watch to hear]

“If anyone can hear me, this is Kaler Eland, recently promoted citizen of Twine and an attempting bringer of peace. N-now I know what some of you say may be true; this planet isn’t so peaceful from time to time, a-and your allegations against us may be true in some sense. But what I woke up to? And of before, the great “Equalizer” as you call it? Uncalled for, Olde Watch, uncalled for. B-but this is to show you we’re not all pushovers.”

“What I do now saves the people below from anymore torment you subject them too, and how you ominously watch the skies for any and all activity present, even those that are deemed peaceful. The ANFE will no longer weaken the hearts of the masses.”

“N-no side can ever justify everything they do…. s-so start acting more truthfully, if you will.”

[And with that said and done, as if a great weight finally lifted from his shoulders at his own speech, he threw a satisfying final punch to the satellite, and it too, exploded, leaving naught behind. And with that, his scourgh continued, and he would not stop until every last dish that he could get his hands on was destroyed. Not one would remain]