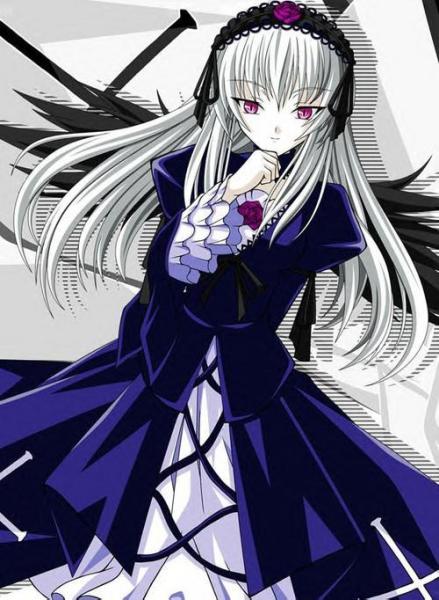 Shadow, Zephyr & Sai’s sister she is the other middle child along with Shadow there ages being Zephyr, Shadow, Keiko then Sai.

She does live in the same mansion with her brother’s but her identity is kept a secret from Shadow mainly by Zephyr and the Butlers as her death is one of the reason why Shadow is quite depressed regardless of how he acts.

Species: Vampire/Dark Angel[No one really knows why she is part Angel when her brother’s were all demons but none the less she is still their sister and her parents were the same as Shadow and Zephyr’s strangely enough]

Story: In the past Keiko was a very kind but gentle Vampire/Dark Angel but one day she went into town with Shadow when they were young she found herself surrounded by the human’s in the city and eventually killed when her and Shadow got seperated as such Shadow blames himself for her death when she did die everyone in her family somehow knew about it like they could almost sense it. Shadow after her death also changed his name from Akashi to Shadow. Eventually after several years passed Zephyr was wandering the woods when who did he find but Keiko an older version of her with pretty much the same personality she couldn’t rember her past eventhough Zephyr did wonder quite a bit as to how she was still living he figured maybe it had to do with her part Angelic side though but to this day know one knows.

Personality:She is somewhat protective of her siblings especially Shadow and Zephyr as she never really met Sai though she will help any of them out if they need her to, much like Sai and Shadow a little bit she is also quite friendly with others but she doesn’t take to well with some humans which is a bit odd as she is part angel with other humans she gets along just fine though, she can also be cold and quite at times though. She can definitely hold her own in a fight.

Weapons:My clawsFangsBow and ArrowWings White/Grey depending on the lighting.Magic[She knows more supporting like magic then elemental control magic but she still does know some offensive magic]

From here on out anyone may rp with her.