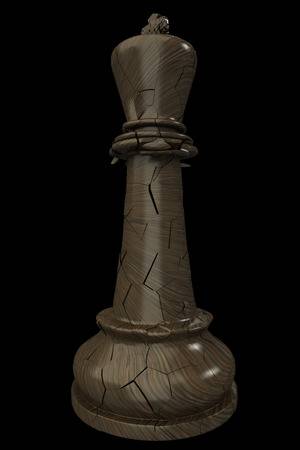 “Franny… Franziska… You know our power. Our heritage. Our duty. Failure, when others depend on YOU to hold the line… Is never an option.”

“Losing? Bah, Franziska… Krieger’s do not lose. Look at my cousin, Wilhelm, and his career? Has that man ever lost, or has he always turned every experience into a chance to learn about his enemy? If you do not learn anything in all that you do, then THAT… is the loss…”

Anshelm Krieger had never been a pleasant man. He was bald, he was taller than most high walls. His face had been the color of baked hams at his calmest moments, and his voice sounded like the gavel of a judge demanding order in the court. But he had been her father all the same. But more than that… he’d been a Krieger.

“The blood of heroes is our blood… The blood of CHAMPIONS. We are not mere dogs, bred to win – winning, dear Franny… is what we are just meant to do. Hold the Watch. Do not falter in the presence of other people’s weaknesses. Exploit them. Crush them. Do what must be done. Others will always stand in your way. Others will always doubt you. Do you think that just because they do, that gives you an excuse?”

“Outsmart them, Franziska. Use them against themselves. Get them out of your way, and then go for the kill… Either their throats, or the throats of the real enemies…”

What did this world know about that? About what it took to win? About what real loss was?

“Every time more of that filth crawls out from under the muck… it is stronger. And yet, also weaker. If the Malevolent Abominations were anything to fear, Franziska, then why are we still here? What of the Void? Why should we fear that which so many, including ourselves, have always held at bay?”

What did they know about duty…

“Your time will come. You will do what you must. But, I believe, Franziska Wilhelmina Krieger… that by sheer fact of you being of my blood… and by sheer fact that I see that mind, that sharp, beautiful mind behind your eyes… eyes like mine…”

“You will destroy all that stand in your way. Crush them. Be the champion that I know you are. Hold the Watch.”

Anshelm died. They always died. People. Humans. Treated like cattle. More always came to fill the vacuum in terms of numbers… but what of her father? Her mother? Wilhelm? Meinolf?

Franziska Krieger was in a cell, on a planet close to the Sun. And she had lost. What all she’d ever managed to save, she’d sent away. She had abdicated her seat as general for the time being, in absence of the Senate, and had just let her lieutenants know that survival, not a continued conflict, was the most important thing now.

And Franziska had no purpose.