Home Let it enfold you.

Let it enfold you. 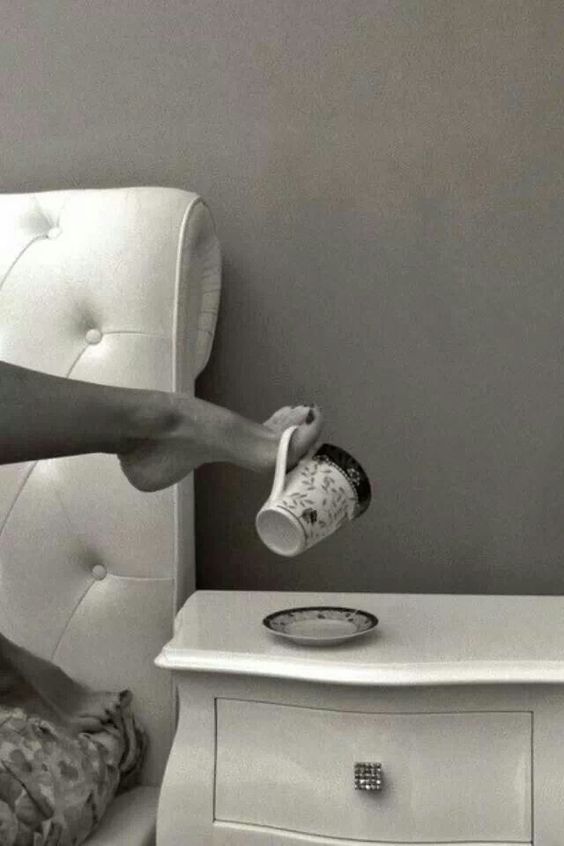 //Warning: content contains nudity along with sexual thoughts and actions. Proceed with maturity and caution.

You have been warned.

Own me with your fingers. Trace the

aches on my chest, touch the words it

hurts me to say, press the exposed

nerves around my heart until you hear

my begging in your dreams.

Love should be intimate. It should be handled delicately, and filled with passion. Not shamed or used at one’s own free will because someone has a hard on. There needs to be tension, pace, excitement, purpose… That’s what Juniper thinks, at least. Deep morning thoughts were always something that she cherished.

While standing bare foot on her cool kitchen floor, she poured her steamed coffee into a white mug. Already sitting at the bottoms was two tablespoons milk and one tablespoon sugar. The flooding sound echoed through the kitchen until the liquid brimmed the edge of her mug. The swirling creamy mixture tornado-ed until it was a smooth caramel color. She picked up a silver spoon and dipped it into the mug, swirling it even more before it became more of a dull beige; that’s when she knew it was well mixed.

She cleaned off the spoon by grazing the curved surface against the lip of her cup, gently making a soft tinking before giving the spoon a quick lick and set it on the counter.

Jun was about to pick up her mug and head over the table, but she was blindsided by a man from behind. She flinched, not hearing him descent from the stairs, and spilled a puddle of coffee on her marbled counter. The man wrapped his large hands around her waist, gliding them against her belly underneath her white bed shirt and buried his face into the crook of her neck, inhaling her the-morning-after sex hair. Her soft lips lifted into a small grin before leaning back into his bare chest,

“Good morning, Jun.” his rich voice lingered in her hair while his lips grazed from her earlobe to just underneath her jaw.

Jun pressed her thumbs against the underbelly of her counter top before answering, “Hmn. Good morning, Noah,” she answered. Her thoughts focused on his palms, circling her hips and pelvis slowly, “I thought you’d still be asleep, so I made some coffee.” she offered. The heat was there, even after a restless night, but Jun didn’t mind. Noah treated her well and knew how to take care of her. She tilted her head to look at him, but she could only see one side of his face. Noah had dark, demonic brown eyes but a soft golden ring around his pupils that were mesmerizing to fall into. His nose was hooked but he had soft, thick lips and beautiful milky white teeth, they were almost feminine, but the rest of his face was edgy; his jaw was sharp but overgrown with a thick, course beard. His hair was as messy as hers and ever more so attractive. He smelt of sweat and Noah… And Juniper.

She grinned up at him before kissing his jaw and was about to pick up her cup again but Noah had snagged it out of her grasp. Jun watched him and pouted her lower lip, “What if I don’t want coffee?” he asked, dipping his thumb in the now just warm liquid and reached around Jun’s shoulder and approached his thumb to her lips.

Her frown turned to a grin and she wrapped her mouth around his thumb, sucking the bitter substance away. She took him out of her mouth before she asked, “Then what would you like?” her heart rate picked up a bit as Noah answered,

“You know what I like,” he breathed before kissing at her shoulder. His thumb traced from her lips to her neck and felt the ripple of her throat when she gulped. Jun gripped the counter slightly, feeling the hand previously at her hip finger the first two buttons of her night shirt. Well, Noah’s button down from last night, “I like seeing you in this-” he says softly, referencing at his shirt that cloaked her body. His morning croak still present in his voice,

“Then why are you taking it off?” she asked while leaning her head against his shoulder. She smiled at her own comment but was soon distracted again, feeling how hard he was when she did.

“You didn’t let me finish what I was saying-” he started. Noah then grabbed her hips and twirled her so she was facing him,

“I like you better in nothing on at all.”