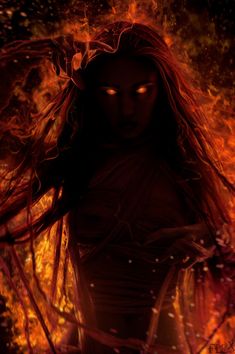 The smallest sound of water dripping, grows to a deafening crescendo within her ears. The world was black. Devoid of any other noise but that drip. Drip. Drip.

The cold grows throughout her body. She lays upon something devoid of warmth, solid as the emptiness she feels inside. Refusing to open her eyes, she lays still. Honing in on that cacophony of dripping moisture. The noise morphs into a vibration, tingling along her body, chilling against her sun kissed skin. It takes her another moment to realize, that vibration against her skin, is that of the dripping water. Splashing cold over her cheek. Some over her legs.

Taking in a long, agonizing breath, the intense scent of heavy minerals, long growing moss and dank cavernous walls fill her nostrils. Fingertips begin to twitch, moving from her side to scrape against the hard, jagged stone floor and come nearer her face. Edged pebbles bite shallowly into her palm. Though after only moments, they reseal themselves once more. Another mystery in her fractured mind. The gift of regeneration.

Slowly, thick lashes part, gold eyes hazily opening to look at her surroundings. Drip, drip, drip. With each contact upon her cheek and legs, she blinks in rhythm. Lips press together to absorb the splatter of those drops. She is so parched. Eyes open wider. There were only small beams of light splintering from above. Far above her. Caverns. No, Ruins. She can make out etchings within the walls. Old, old symbols.

The vibrations along her skin continue. It felt more than just the water that was providing the sensation. Laying upon her stomach, she shifts her head. Rocks do not make for a comfortable pillow. A slow, half hearted hiss escapes. She starts the uncomfortable process of lifting her body up. With a hand to the back of her neck, trying to rub out the extreme kink, her eyes continue to search the cavern. How did she get here? Gods, not another black out!

Wet, fiery red and gold hair cling along her throat, fall into her lashes. Raking her hand back to clear her view she slowly stands. Looking down at herself, the long drape of a green dress, half soaked from the hem to her hip, adorns her body. Pausing for a moment she searches her fuzzy memory. A typical thing she had to do on a daily basis, it seems. It was aggravating. Perhaps the source of her constant frustration and anger.

The voice comes soft, a lulling call. Turning fully around, she searches the cavern walls. The voice sounded like it was right over her shoulder. And it was all too familiar.

“Where am I?” She asks to no one. Her voice echoes in the caverns.

Bare feet carry her forward. Following the small pockets of light coming down from the ceilings. All around her she can still hear the drip, drip, drip. And the sound of her feet trying to avoid the sharp rock floor. The dress snags once, twice, sending her to stumble against the wall. Collecting herself, she moves through a large archway. The darkness is so dense, she blinks to try and see even three feet in front of her.

In an instant tiny blue flames across the cavern bloom to life, forming a large circle. Within that circle are strange ruins, marked in a silver like haze, given life by those flames. Growing in brightness, they light up the whole cavern. Feeling it’s warmth, Mira naturally moves closer, the fire elemental forever pulling at her own element deep within.

“So you may remember. And Succumb.” The voice says gently. “Step inside the circle. Remember what you have forgotten. Succumb to the fire, let it cleanse you.”

It tugged at her. To remember. To have her confusion cleared away. But something makes her hesitate. That voice had been in her head since she returned to the area. Always there, nagging at her. Pushing her. Why? Who was he? And how did he have access to her thoughts. Had she gone crazy?

“Your not crazy, Mira. Step within the circle. It will all become clear. I would never hurt you.”

“Trust a voice that I do not know to whom it belongs?” Suspicion drips from her lips as she vocally answers, her voice bouncing off the wall and returning to her ears.

“I am Eryth. An elemental, like you. We share a connection, you and I. And if you will only step into the circle…I will make it all clear to you.”

Wetting her lips, she blinks a few times. Staring intently at that ring of fire. Unconsciously, an arm reaches up, as if straining to touch a long lost lover. Another step closer. And another. Though her stomach was twisting with hesitation, her mind and will were weakening. And Eryth knew full well that it was.

“Let it cleanse you.” He whispers in her mind, soft as the touch of a rose petal. Sweetly. Lovingly.

“…Promise…?” Her own voice hardly rises above a hushed whisper.

Taking in a breath, her feet lead her into the center of the circle. Her element sparks to life, blue flames rising to skitter over her bared arms. The ends of her hair flicker to curling, gold flames, but not burning them away. She was all that was fire. One with it. Turning round and round in a slow manner, she looks to each lit flame surrounding her. There was a burning inside that was growing stronger. Pulling at every fiber in her body. Demanding she pull more upon that element. To fill herself. Let it consume her.

His voice was growing stronger in her head. It was all she could focus on now. She comes to a stop, allowing her arms to part from her sides and rise slightly. Tilting her head back, her gold eyes close gently as the flames lick up over her neck, the thermals sending her hair flowing away from her shoulders.

It hit her hard, taking the breath from her chest. Memories flood through her, all playing out in her minds eye with Eryth narrating each hazy scene. There was the desolate sands stretching out before her. Sandstorms raging and then ebbing. Many other elementals stare back at her. Some friendly faces, others not.

“You came to me here. Travelled the desert to find your own.” Eryth speaks in a deep baritone. “Our People were being enslaved. You came to help us, join our forces to stop the slavers.”

There, before her vision, pale haired people with piercing and cold blue eyes stare back at her. There was a hate in their eyes. Then the metallic sound, the horrifying and familiar sound, clicks in her mind. Her hand comes to her throat, as if grasping that invisible collar that had once held her a slave. Gasping out loud, her body shudders. Within the circle of flame, she sinks to her knees harshly.

“NO! NOT AGAIN!” The scream echoes in the cavern. Where no one can hear her. Only Eryth.

“We almost had them! Almost stopped them all from enslaving any of us again!” Eryth’s voice was a low growl. “But the traveler you were with. Betrayed us all! Helped to kill many of our own! GAVE you to THEM!”

Hot tears sting at her eyes. Though they are quickly evaporated by so much heat surrounding and emanating from her. The bodies of her own people were laying out before her. Scores of them, being devoured by the shifting sands of the desert. It squeezes at her heart to see it. Was this what had been erased from her memory? Truly??

“No….” She sobs into the empty air, eyes still closed as the scenes spill out in her mind.

Then she sees herself. Being enslaved. Dragged away against her will. Vague screams of protest as she reaches for an unseen person. There was a name she was yelling. But it was muted. It was not clear enough in the vision to try and read the lips. The man holding her was large, stronger than any man she had seen. Things went blurry then. The sound of another struggle, the strong scent of blood fills her nostrils.

“I was able to free you. I died knowing you, at least, we’re free.” Eryth’s voice is lower now. Filled with a sense of remorse, yet comfort. He was manipulating her memories like it were soft clay, ready for the mold he wanted to set her in.

Mira is nearly engulfed in flames. The swirl of emotions trying to strangle one another for her full attention. Pitching forwards, she catches herself with her palms, breathing heavy as the story of fiction unravels, laced only lightly with actual, twisted memories.

“They wanted to take you away from me.” Eryth whispers convincingly. “Wanted you for themselves. It didn’t matter that you wanted to be with me!”

His form suddenly shimmers into view behind her closed eyelids. He is tall with lean muscles, skin tanned even darker than her own. His shock of auburn red hair is closely cropped and golden eyes that match her own look back at her. His facial features are severe. Angular with thick brows set in a frown.

“This is our connection. It’s why I’m still with you. I loved you so much, I couldn’t leave you.” His face hovers in her mind. His voice seduces further. Mira feels confusion once more as her mind tries to refuse the flood of memories.

“-Remember. I know. They did this to you. Erased me, and many more memories from your mind!” He urges on. “Let the fire take over. Let it burn away what they did!”

Now all the memories were flooding across her mind. Non-stop. Unbidden. It makes her head hurt. The emotions roil. It feels like they will split her mind in two. Fingernails rake along the rock hewn ground. The flames rise higher and higher, completely engulfing her. It builds, no longer allowing the drip, drip, drip to resound. Humming flickers of flame begin to sing all around her. There is still that part of her, a deep feeling that had been hiding away. Trying to warn her now. But the fire, His will and voice, drown it out.

That last resistance sizzles away. She lets go. Even some of the rock wall begins to melt around her. The green dress reduces to nothing but ashes, rising upon the flames and staining against her skin. A loud, guttural cry leaves her lips as she leans back upon her knees. The emotions explode, devouring her. The voice of Eryth takes over her thoughts, floods into the cracks of her memories, filling them with further falseness. Until finally, she feels only the loss, the anger. The hate. The Burning revenge.