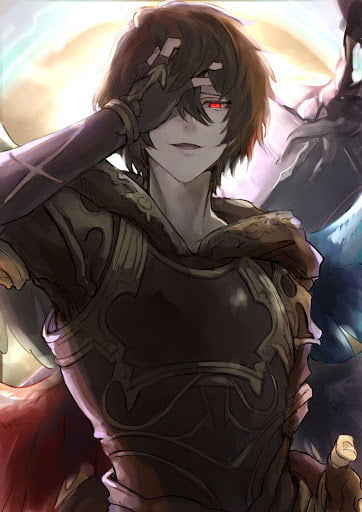 Aaron was born on the Planet Of Isa, the date was April 19th, with his twin sister Addie

Aaron was the son of Arja Pinkadow and Lydia, he was of the mindscape prophecy which the there was a Yang Of Dreams and Yin Of Nightmares

He was very young when the collaspe of Isa, he and his family’s people evaded to Kasea, Cadenziera

Years would go by, he would be taught under his father how to control his power and how to be a future general

He found a love interest in his late teens, Clara was her name, however War broke out, his father had declared war on The Capital Of Cadenziera and Merchants Village, Starting the War Of Kasea

Aaron would forge the Halberd Of A Devil’s Enchantment, which also commanded the Nightmare Ceatures, Aaron would become a general beside his sister, Fighting valiantly in the war for many years

He watched his enemies rulers fall, now the war was only between Merchants Village and them

The very next day, some would take the life of his parents, he would never know the name of them, however they were closely related to the Ruleress’s Husband

Aaron would go quiet for the next 16-19 years, still fighting against Merchants Village till one day

The New Ruler returned, unrolling a peace Treaty known as the Treaty Of Ava Appalachians, it promised his hand in marriage and that his sister takes rule instead of him

He went along with it, trusting his sister could rule, he married to the Ruleress’s younger sister with the deal that he’d have to the children he wanted and he wanted to her asap

The Power got to his head, which caused the Murdering Of July 11th, he killed Amelia Skymoon, got rid of his daughters and took his son to find..Kasea was in ruins

Aaron would abandon his son, treating him like a pawn and going into hiding in the Nightmare Realm

He would continue to murder people, enslaving them as his Nightmare Ceatures

Aaron would evenutally be taken down in the end of the Post-Gemival War, by his ex girlfriend on December 11th